Tequila, much like Cinco de Mayo, is misunderstood. Change everything you know about the spirit–and the holiday–with four new tequilas to try. Ah, Cinco de Mayo. Much like St. Patrick’s Day, it’s another one of those great holidays we, as the great American melting pot, have borrowed from another country and turned into an excuse to drink excessive amounts of booze. The very thought of Cinco de Mayo probably conjures up bad memories of rail tequila shots in a college dive bar–or, perhaps, few to no memories at all. Because tequila.

Cinco de Mayo is oft misunderstood here in the states. It’s not Mexican Independence Day, as so many of us think, but rather the celebration of the Mexican army’s unlikely defeat of French forces at the Battle of Puebla on May 5th, 1862 (Mexican Independence Day is September 16th, just in case you were wondering).

Much like Cinco, there are a lot of common misconceptions about tequila. It just wants to be understood, maaannn! While most of us think of it as a late-night shot we associate with death-like hangovers and poor decisions, that rail tequila you’re taking with salt and a lime is but the tip of the iceberg–and the bottom of the barrel.

In preparation for the booze-soaked holiday, I got a crash course in tequila from beverage connoisseur Michael Avery at Casa Del Barco, down on the Canal Walk. As Beverage Director at Casa and its sister restaurants–two Boathouse locations–Avery is a walking encyclopedia of tequila knowledge, not to mention a certified sommelier.

The restaurant has over 140 different tequilas, many of which have to be special ordered from the ABC, with bottles ranging in price from $12 to a cool $1,800 (that’s about $180 a shot, playa, so be careful what you ask for next time you’re out and want to be a baller buying everyone top shelf tequila, OK?).

True tequila, which must contain at least 51% agave nectar, is imported from areas near Tequila, Mexico. Otherwise, you’re technically drinking what’s known as mezcal. It’s similar, but not the real McCoy, just like Champagne made outside of France’s Champagne region isn’t the real deal. The product must come from agave plants grown and harvested near Tequila, and, according to Mexican law, must be bottled in the country before being exported.

A $2 billion industry and growing, a handful of celebrities including Toby Keith and P. Diddy have even thrown their hats into the ring and begun producing their own branded tequilas–the quality of which I’m not certain.

So without further adieu, here some unique 80 proof, 100% agave tequilas I had the oh-so-terrible task of tasting (it’s a tough job, somebody’s gotta do it) you can impress your friends with and order to take your Cinco de Mayo celebration to the next level. Most of these are best sipped and enjoyed, but if you want to rip shots of ’em, who am I to stop you? 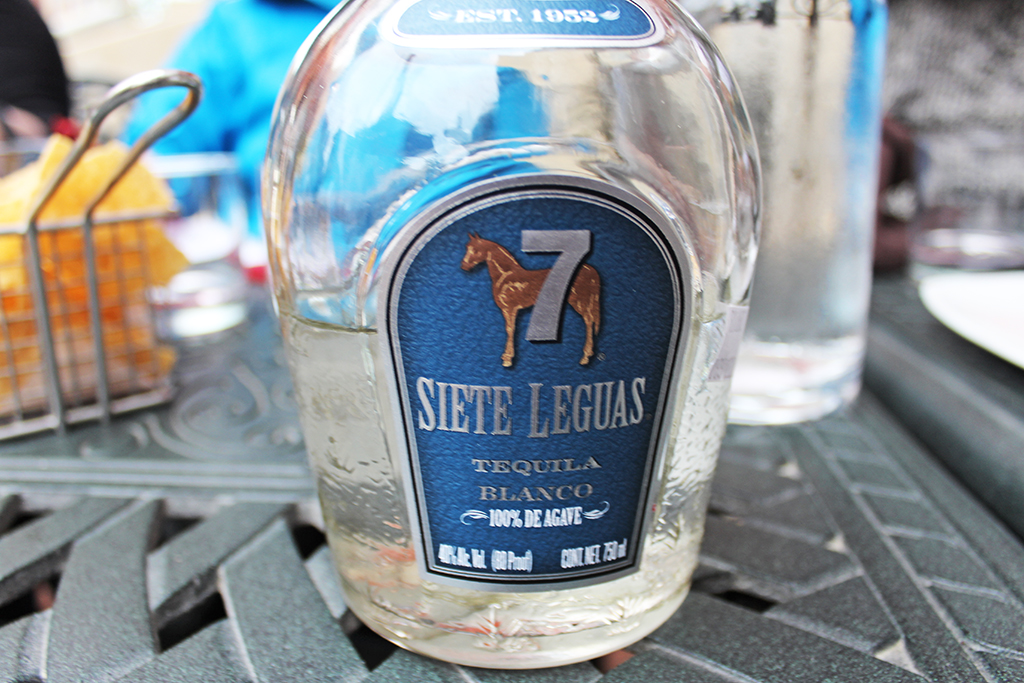 Hailing from one of the oldest distilleries in Mexico, Siete Leguas is a bold tequila with subtle flavors that sort of sneak up and build on you as you sip and enjoy. It’s aged up to an impressive five years for added flavor and richness.

Fun Fact: The distillery is the original producer of Patron, but the company later sold the rights to another company, who moved production to another location. 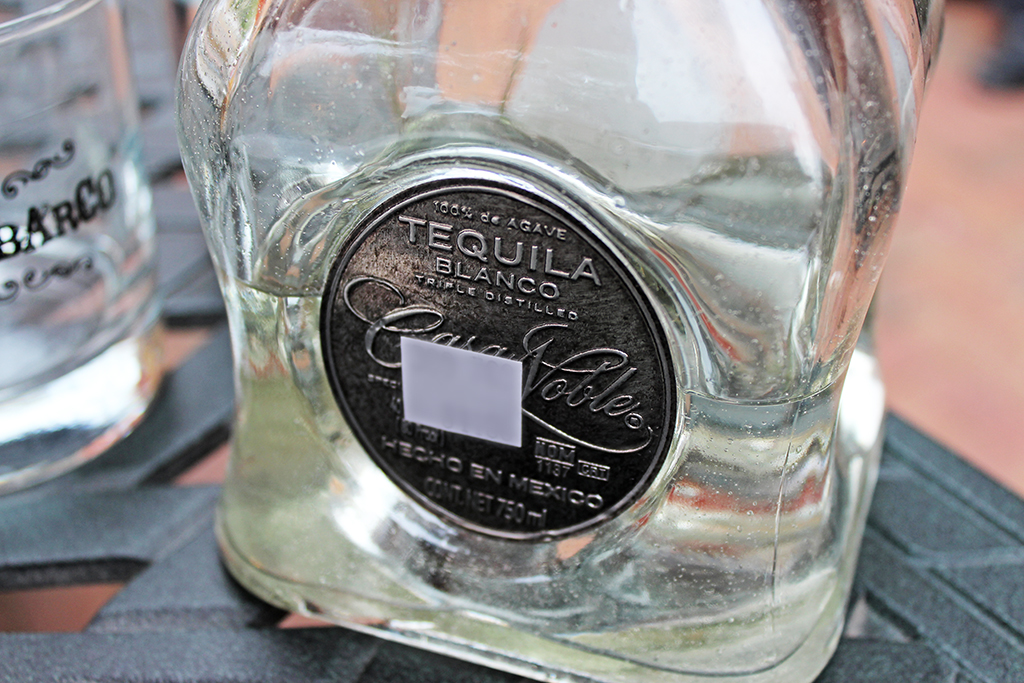 Served in a hand-blown glass decanter with a stamped metal label, Casa Noble’s Tequila Crystal is an experience all its own. Triple distilled, smoky, and flavorful, you’ll notice both sweet and peppery notes–especially white pepper and cayenne–with a semi-sweet finish.

Fun Fact: The distillery is affiliated with, and partially owned by, guitar legend Carlos Santana. 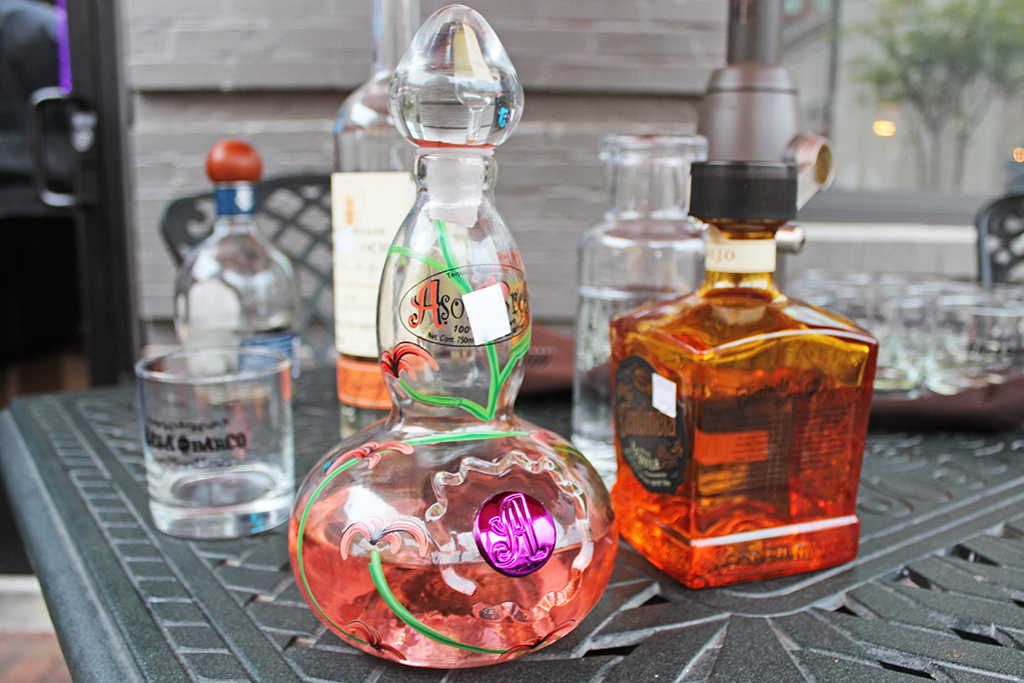 Aged in French oak barrels once used for Bordeaux for three months, AsomBroso La Rosa Reposado is sold in beautiful hand-painted bottles. This one’s definitely a sipper because of all the unique and complex flavors contained within. Chock full of chocolate and vanilla notes, it’s a great dessert tequila (lucky for you, Casa Del Barco actually offers a dessert tequila flight!).

Fun Fact: No, your mind’s not in the gutter–the bottle is actually meant be a symbol of life and fertility, and resembles exactly what you think it looks like. 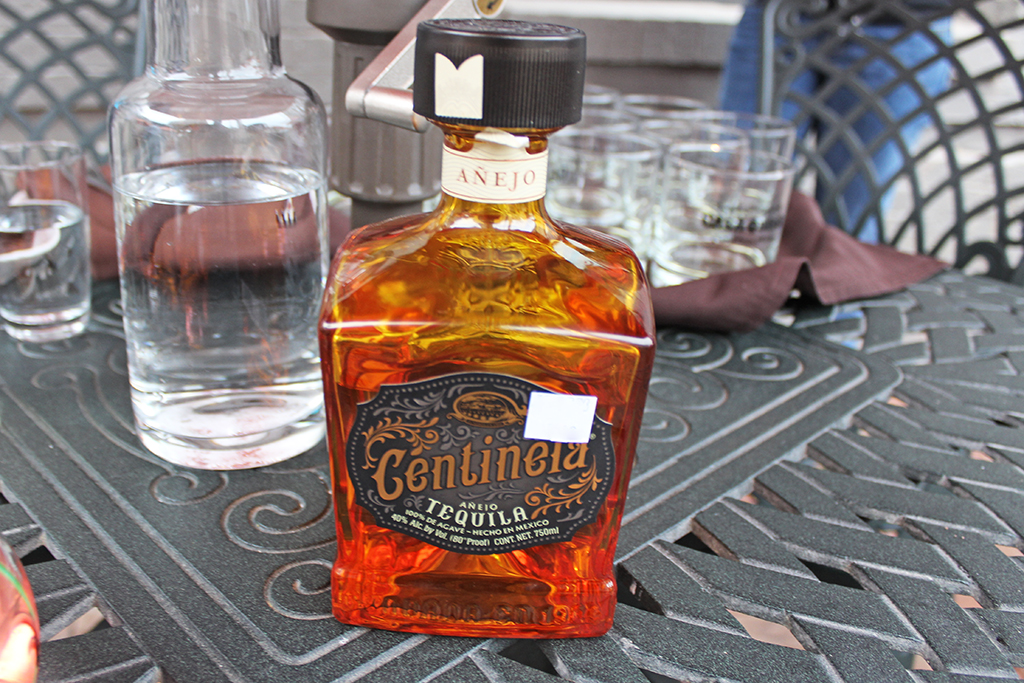 If you’re bourbon lover like myself, you’ll be all over Centinela’s Tequila Anejo. Double distilled and aged in bourbon barrels for one to three years, this tequila is as rich in flavor as it is in color. Fragrant and smoky when it hits the tongue, you’ll notice a sweet aftertaste that lingers a bit in the back of your throat. This was definitely my very favorite.

Fun Fact: “Centinela” means “the one to watch and keep.” I mean, I’d definitely like to keep one in my liquor cabinet. Bourbon makes everything better. 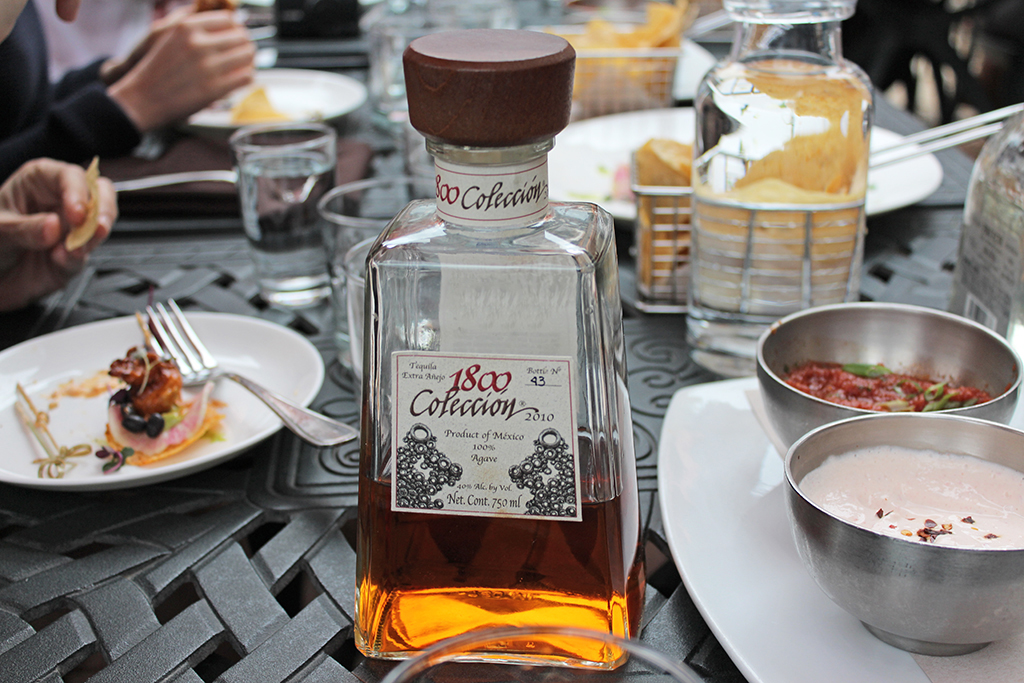 At a whopping $180 a shot, I didn’t get the chance to sip what I’m sure is a masterpiece of 100% agave perfection (and whose name and price tag are one in the same), but I’ll take Avery’s word for it–this stuff must be legit.

Fun Fact: Avery says Casa Del Barco has sold approximately half a bottle of 1800 COLECCIÓN since they opened two years ago–to people who have way more money than I do and who must no doubt be swimming in coins like Scrooge McDuck.

I’d be remiss if I didn’t mention Chef de Cuisine Zach Wingold’s Shrimp Tostadas (creamy chipotle shrimp, avocado puree, black beans, and watermelon radish on seasoned corn chips) and Cheese Fritters (Cajun-smoked ham and cheese) appetizer specials, respectively. You’re gonna need something to wash down all that great tequila, and I can confidently say both plates are a delicious way to do it. The two are on special at the restaurant all day, along with a couple special entrées. 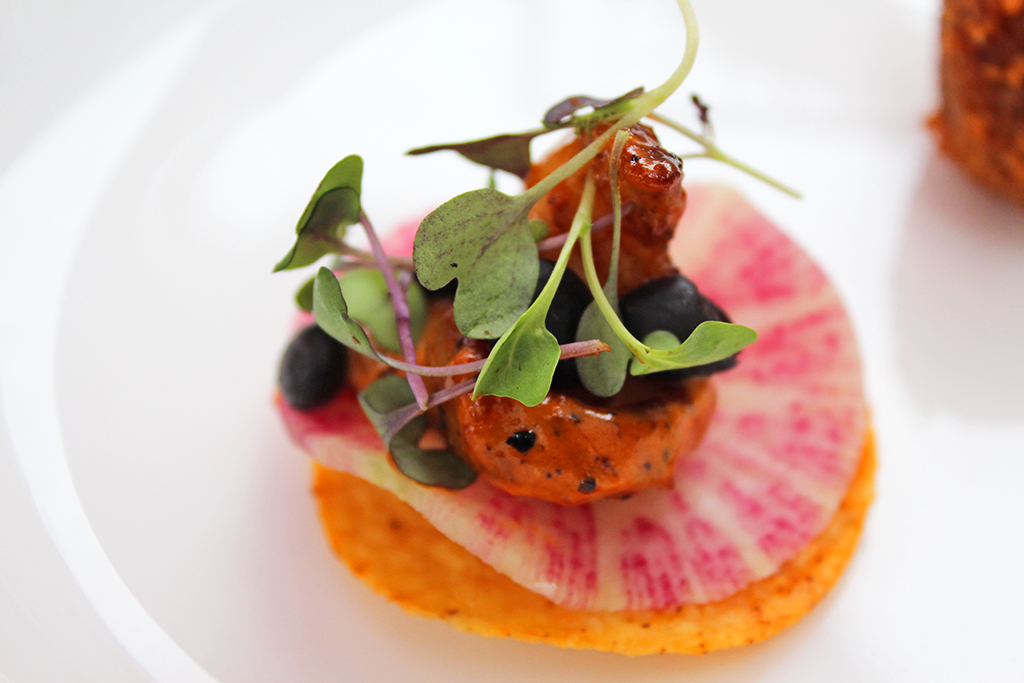 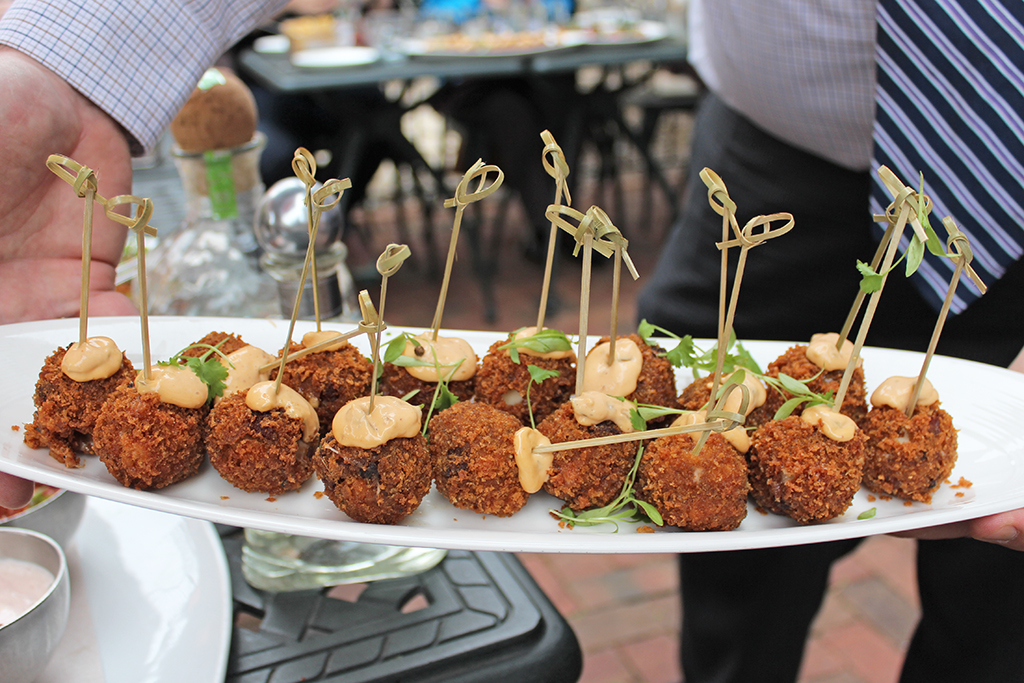 For more on Casa Del Barco’s Cinco de Mayo festivities, including a live performance from Ban Caribe, visit their website. Casa is located at 320 S. 12th Street on the Canal Walk downtown.