Easter on Parade this Sunday get your bonnets ready

Parade officially starts at 1:00 PM, looking fabulous in your bonnet can start much earlier. Every Easter upwards of 25,000 ladies in bonnets aka hats, men in hats, old people in hats, kids in hat, babies in hats, dogs in hats, and at least one cat in a hat converge on four blocks of Monument Avenue. It’s the Annual Easter on Parade this Sunday, April 20th, from 1:00 PM to 5:00 PM on the blocks between Allen and Davis Avenues.

Take a gander at our 2013 Easter on Parade pictures to see evidence of this hat madness. 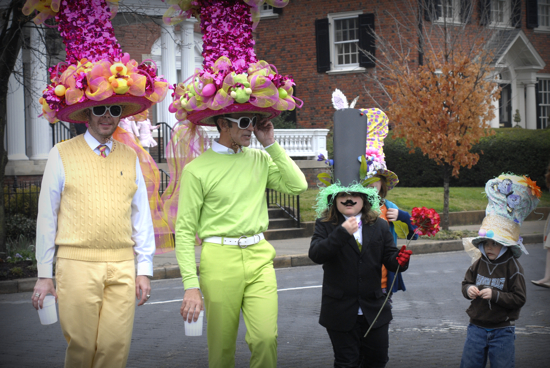 The weather forecast for Easter Sunday is looking pretty good.

It’s not all about hats. There is also music and entertainment, full schedule below, but they might be wearing a hat. 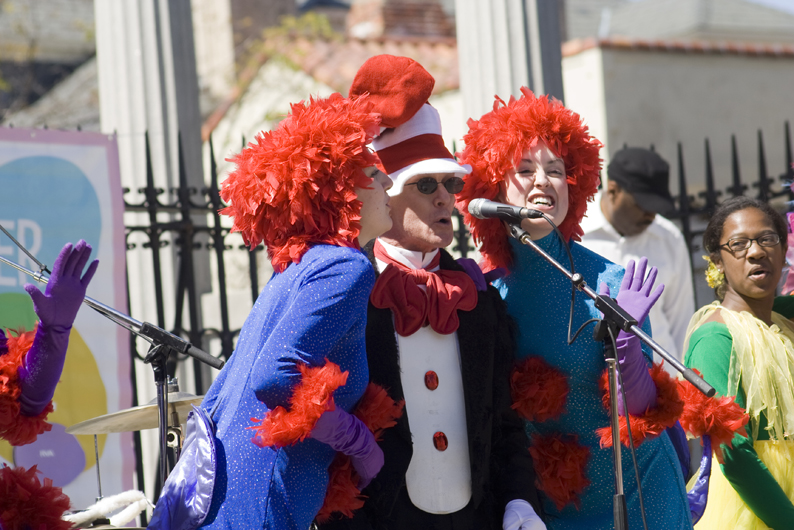 The event is produced by Venture Richmond and sponsored by Bon Secours, with additional sponsor help from: Bon Secours, City of Richmond, 96.5 KLR, 103.7 The River, Hot 100.9, K95, and James River Greyhounds.

My good friend Mr. Wikipedia enlightened me on why bonnets are associated with Easter.

An Easter Bonnet represents the tail-end of a tradition of wearing new clothes at Easter,[1] in harmony with the renewal of the year and the promise of spiritual renewal and redemption.

The “Easter bonnet” was fixed in popular culture by Irving Berlin, whose frame of reference was the Easter parade in New York City, a festive walkabout that made its way down Fifth Avenue fromSt. Patrick’s Cathedral:

In your Easter bonnet
with all the frills upon it,
You’ll be the grandest lady in the Easter parade.[2]

At the depths of the Great Depression a new hat at Easter, or a refurbished old one, was a simple luxury.[3]