The 100-year-old local hardware business will move its flagship store to make way for a new Whole Foods Market. Crews began demolishing a former auction warehouse owned by Motley’s Group at 4402 West Broad Street on Monday, which will eventually clear the way for Pleasant’s Hardware to take over the space.

C.F. Sauer Company, which owns Pleasant’s, plans to move their current flagship location in The Fan to the site by the end of the year. After relocation occurs, the company will demolish the current hardware store to make way for a forthcoming Whole Foods Market.

The new Whole Foods will be part of the Sauer Center, a mixed-use development being developed by the Richmond-based spice manufacturer.

The site plan for the project can be seen below. 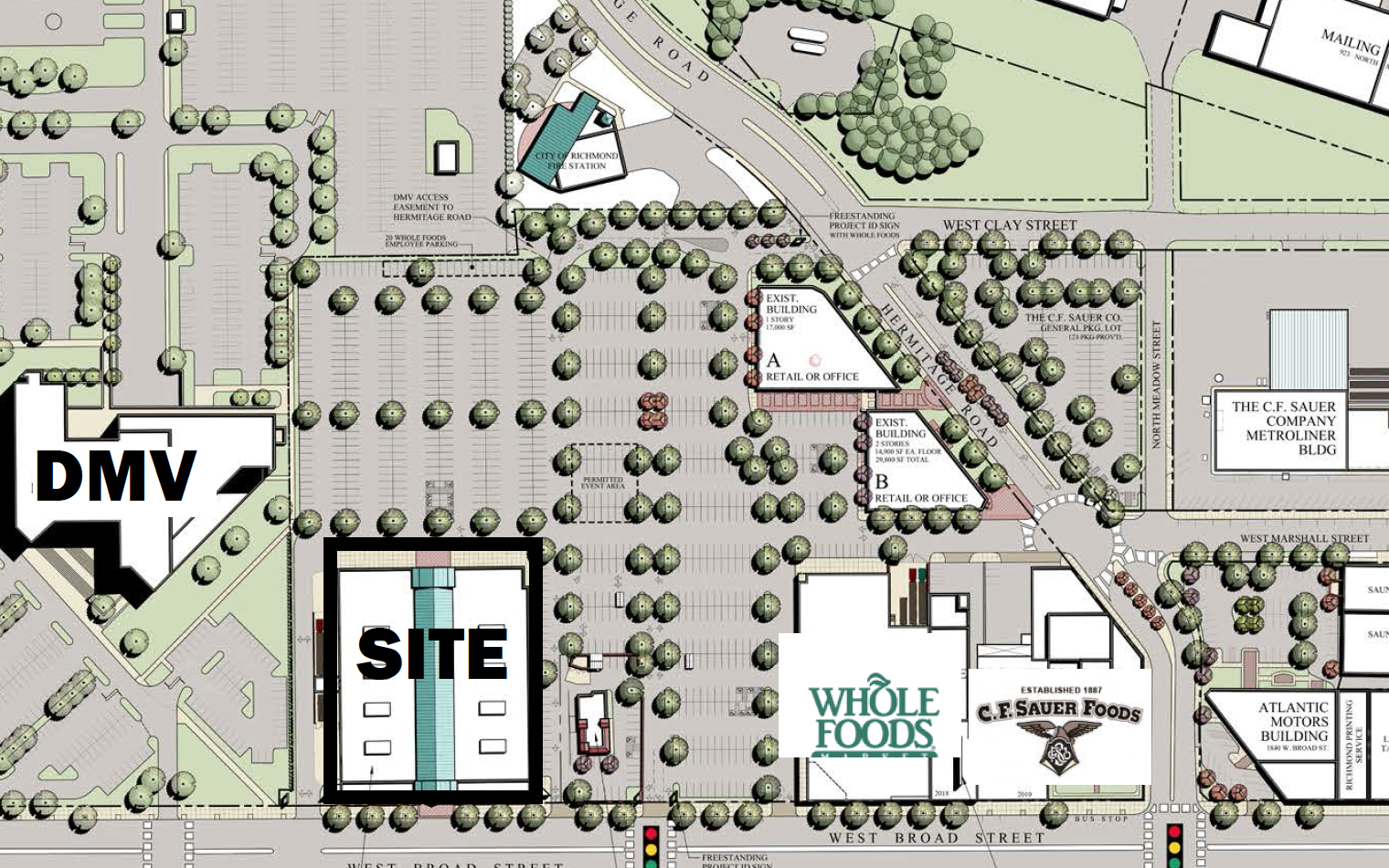