A vineyard just outside of RVA has become the first winery on the east coast to earn a coveted environmental certification. Most of the awards given to Cooper Vineyards are for one of their wines. Earlier this month, they received a different kind of accolade: LEED Platinum certification for their environmentally-friendly tasting room. Cooper Vineyards, founded in 1999, partnered with architect Michael Pellis to design a nearly 5,000-square-foot building that has earned national attention.

Leadership in Energy and Environmental Design (LEED) was developed in 2000 by the U.S. Green Building Council. The organization provides independent verification that a building has components of indoor and outdoor environmental quality. This includes: water saving measures, energy efficiency, use of locally-sourced materials, among other characteristics. Their Platinum certification is the highest honor for a building.

“You do the right thing because it’s the right thing to do,” said Dr. Geoffrey Cooper, who co-owns the vineyard with Dr. Jacquelyn Hogge. “But it’s nice to get recognition.”

The land the vineyard sits on was once traversed by Native Americans (it’s not uncommon for workers to find arrowheads that date back thousands of years). The land is also near the historic horseback ride of Jack Jouett (“Paul Revere of the South”) who warned Thomas Jefferson and others in Charlottesville of an approaching British infantry in June 1781. Cooper Vineyards is well aware of the history beneath its feet.1 “We want to help preserve it…in a sensible way,” said Cooper. “We have a strong environmental ethos.” 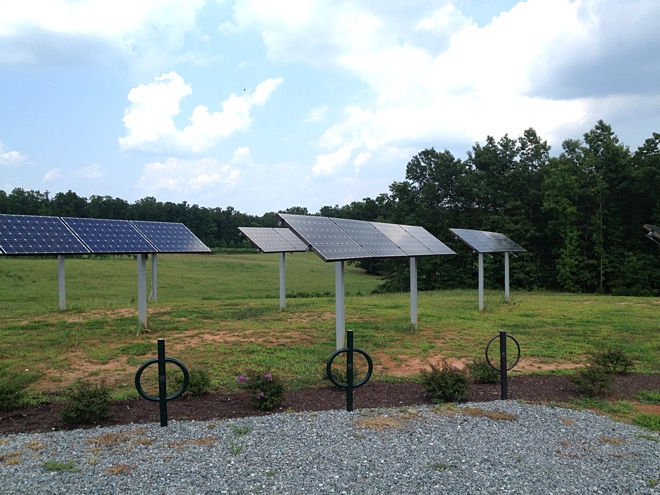 The main building that holds the vineyard’s offices, kitchen, and tasting room opened in 2011 and includes:

In addition, 95% of waste materials produced by the building’s construction were recyclable. Cooper, who has practiced ophthalmology in Richmond since 1987, is proud of the “signature building” that made Cooper Vineyards the first winery on the east coast with LEED Platinum status. But it’s the not the vineyard’s first first.

In 2010, Cooper persuaded his winemakers to add chocolate to a black cherry and raspberry-flavored wine. The result was the Noche, which Cooper Vineyards claims is the first chocolate-flavored wine produced by a Virginia winery. “Since then it’s been the most popular wine” of the vineyard, said Cooper. Earlier this year, Noche won a silver medal in the Virginia Governor’s Cup. The dessert wine has also inspired imitations by several Virginia vineyards, but that doesn’t upset Cooper: “Imitation is the highest form of flattery.”

Cooper said that Virginia wineries are not at odds, but try to help each other. “Anything that helps Virginia wines helps all of us,” he said. If only the next form of flattery came from other vineyards mimicking Cooper Vineyards’ environmental strides. 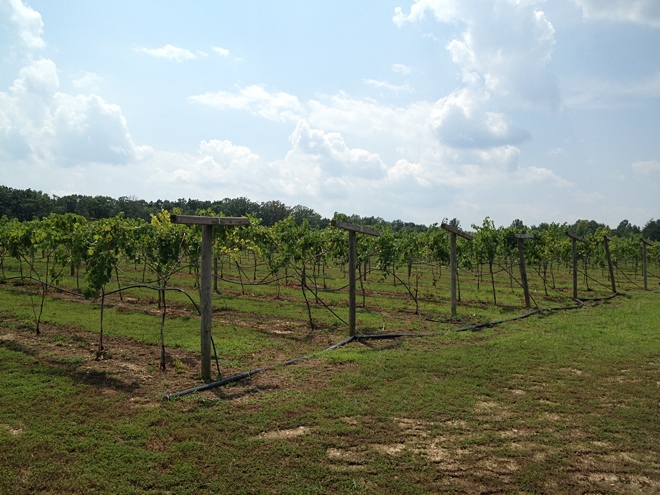