Chez Foushee: 25 years in the making

In 1989, Chez Foushee was a mere deli. It’s now a high-caliber restaurant. At least that was the more common pronunciation of Foushee Street when Andrew Hardie and his business partner, Dennis Spurgeon, opened Chez Foushee in 1989.

“Technically, if you wanted to follow the French pronunciation, it’s foo-SHAY,” Hardie said last week while sitting at a four-top inside Chez’s dining room.

The street is named after Richmond’s first mayor, William Foushee, whose surname was likely pronounced with a French inflection during his time. But over the years, the shay has evolved into shee, as it has for the restaurant’s name.

“We answer to both,” Hardie said, smiling.

In business for nearly 25 years, Chez Foushee’s name isn’t the only thing about the restaurant that’s evolved. Its origins go back to the early 1990s, when Andrew Hardie moved to Richmond after training in hotel management and catering in Edinburgh, Scotland. Hardie and his business partner eventually opened a catering business and small lunchtime deli with just a handful of seats in the back of a building at 203 N. Foushee Street. 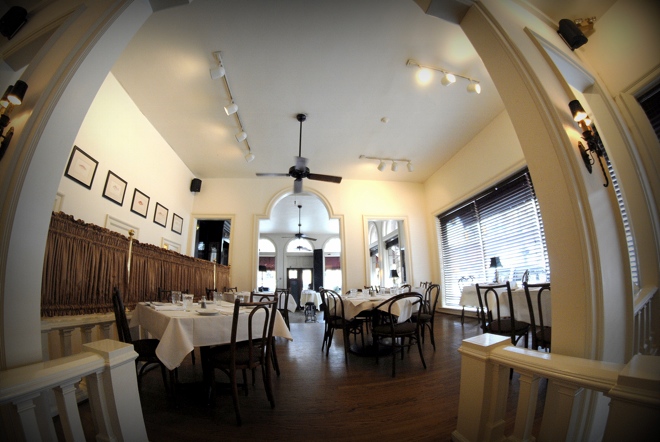 Years before, the building was purchased and turned into a restaurant. Unfortunately, that was a point in RVA’s history “when Downtown was starting to go down a bit,” Hardie said. The restaurant lasted only a year.

Around 1989, that former restaurant became a hair salon, and Chez Foushee operated a deli and catering business in a small, back area that was attached to it. Business steadily grew, and Chez’s owners knocked down a wall and increased the size of the space to 24 seats.

“Business was moving along nicely,” Hardie reflected. The surrounding area was also improving. “Downtown could only continue to go up,” Hardie said. So when the hair salon decided to move, Chez’s owners bought the building.1

Swelling from a handful of seats to nearly 75, Chez Foushee “had no intent of doing much dinner business,” Hardie said. Instead, it focused on increasing its lunch and catering services and offering the space for on-site private events.

“We were the place in the neighborhood” back in those days, Hardie said, long before businesses like Comfort, Bistro 27, and Pasture opened. “We were packed. We had lines out the door.”

“More places opened up in the neighborhood,” Hardie said. “More and more catering companies opened up” too. All of this began to chip away at Chez’s business. “Then the recession hit.”

He said that the catering side of the Chez’s business soon “dropped off the face of the earth.” Each day he’d come in to learn of a new cancellation. “It was 2009 when the parties did not come back.” The decline continued into 2010.

Something had to be done. So Chez began offering dinner during the First Fridays Art Walk. “Those were extremely popular,” Hardie said, which then led to weekly Friday and Saturday dinner service. Chez has also offered Sunday brunch for about two years now. “I love it. I love the change.”

While Chez Foushee has evolved over the years, Hardie insists that the quality has remained steady. “We’ve always been known for consistency,” he said.

One of Chez’s most popular dishes is the lemon butter cake ($6) with mildly tart lemon cream atop a butter cake crust, created when they opened back in 1989. Another popular dessert is the warm toffee pudding ($7.75) with caramel sauce and spiced sugar.2

Nearly two years ago, Chez hired Josh Wood as head chef to blend his French-Creole cooking that, among other things, added mussels and elaborate sandwiches to the lunch menu.

“Josh’s changes have…contributed to our reputation, going farther out into the community as a destination place,” Hardie said. 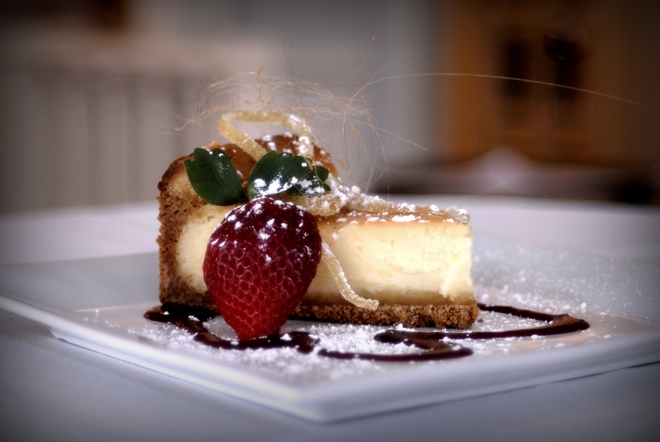 Chef Wood relies on his classic New Orleans training, not ephemeral trends. “I always think of food as fashion,” Wood said. “The classics don’t go out of style.”

Not only that, but he said Chez gives “honest portions, and not froufrou plates.” Those honest portions comprise items like chargrilled bistro steak over potatoes lyonnaise with house-made marchand de vin sauce ($28) and the pan seared flounder with leek and jumbo lump crabmeat meunière ($32).

Having survived and thrived due to a willingness to adapt and change, Chez Foushee isn’t about to rest on its laurels. Beginning this week, it will offer what Hardie playfully terms “Thrifty Thursday,” half-price house wine and rail drinks, and a single menu that consolidates select lunch and dinner entrees that will “start at $15 and top out at $25.”

It’s something new, but Chez Foushee is no stranger to trying new things.

“We are a good example of a business that is open to evolving and changing with the times,” Hardie said. “That’s part of the reason why we’re still here.”