Brass boys in the studio

Richmond’s favorite brass band entered their resident studio this past weekend to record for their next album. The large group of brass players plus lone reedsman and drummer that make up No BS Brass got down to business at the eccentric and popular Minimum Wage studio, owned and operated by No BS drummer and co-leader Lance Koehler.

The guys recorded eight songs over the weekend, with a couple more to do to complete the album that should be out by September, co-leader and trombonist Reggie Pace said. A few tunes will have singing (or screaming) by band members, which explains photos of the dudes standing around a microphone sans instruments. Jesse Harper may contribute his vocals to a track.

Once again, Lucas Fritz was there and took some photos. Click here to check out the entire album. 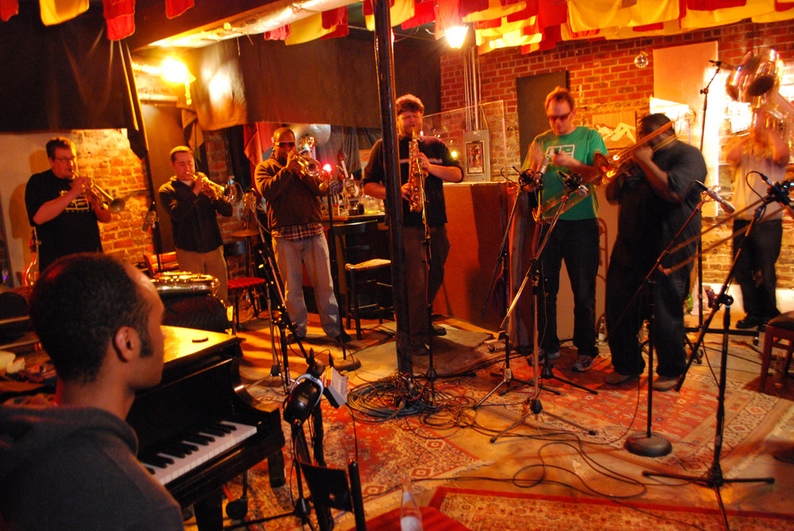 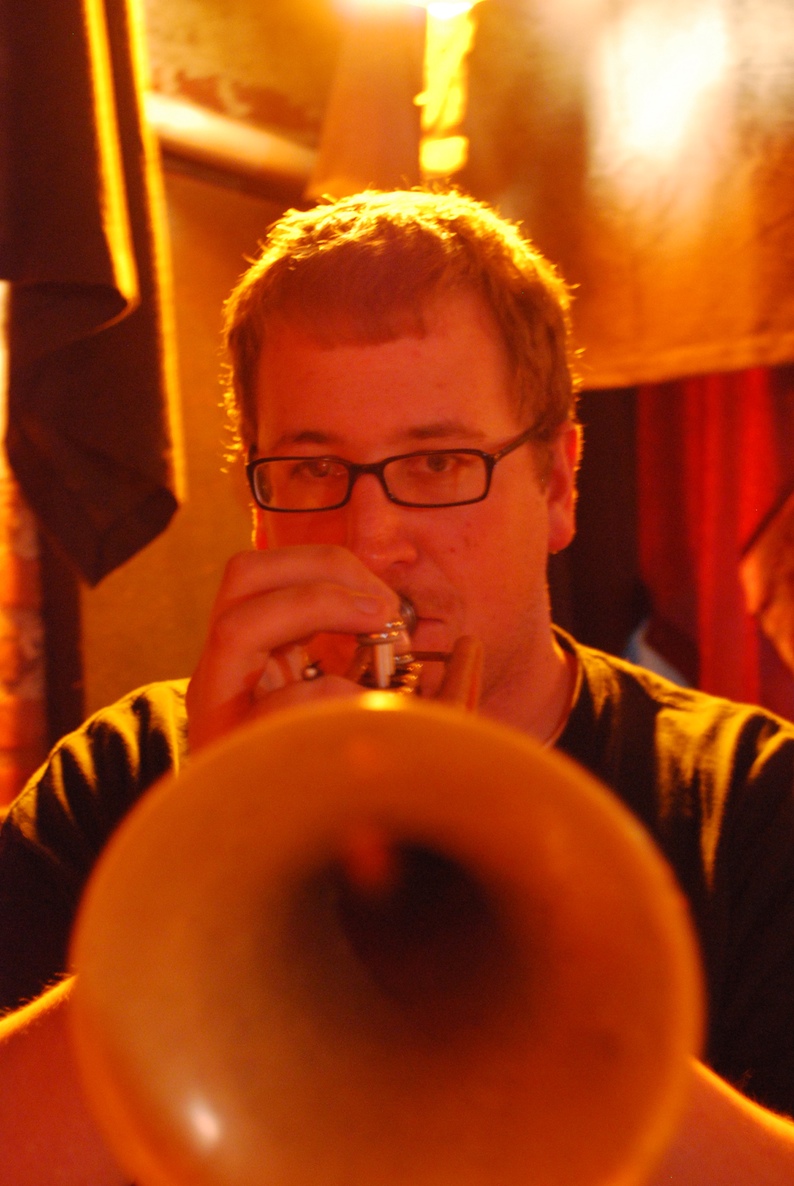 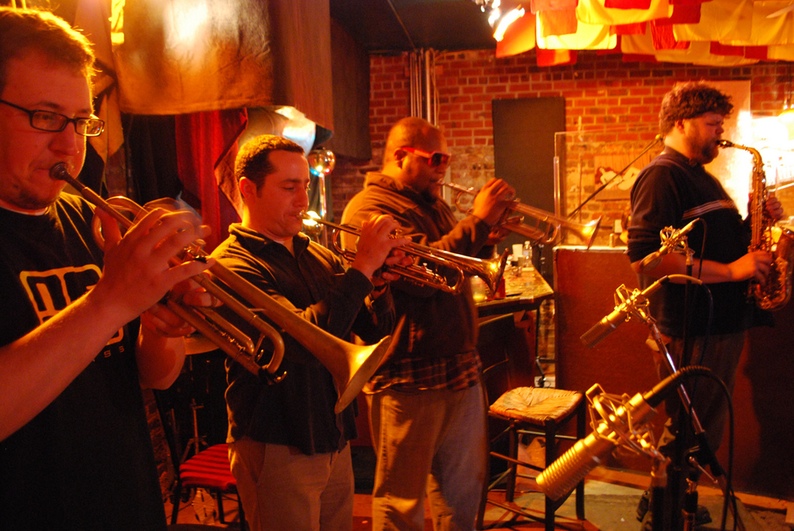 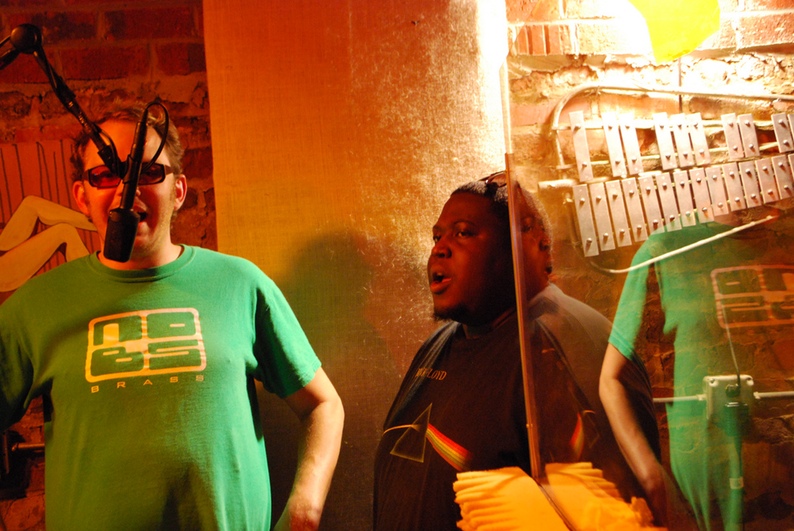 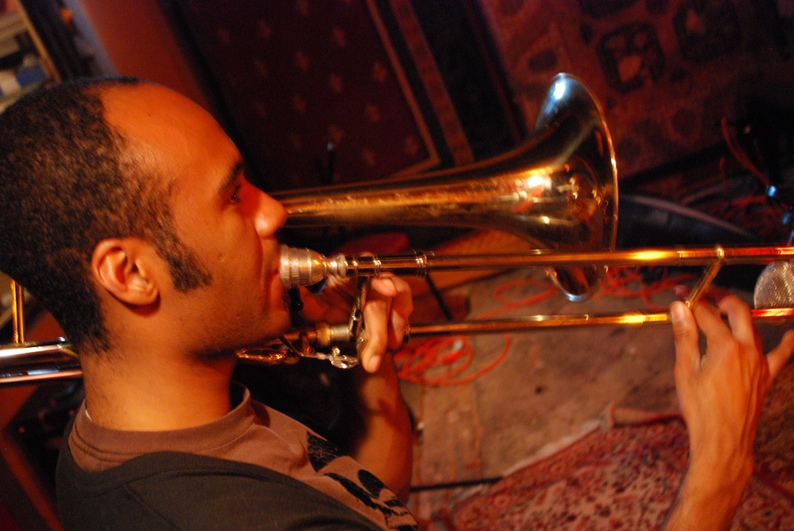 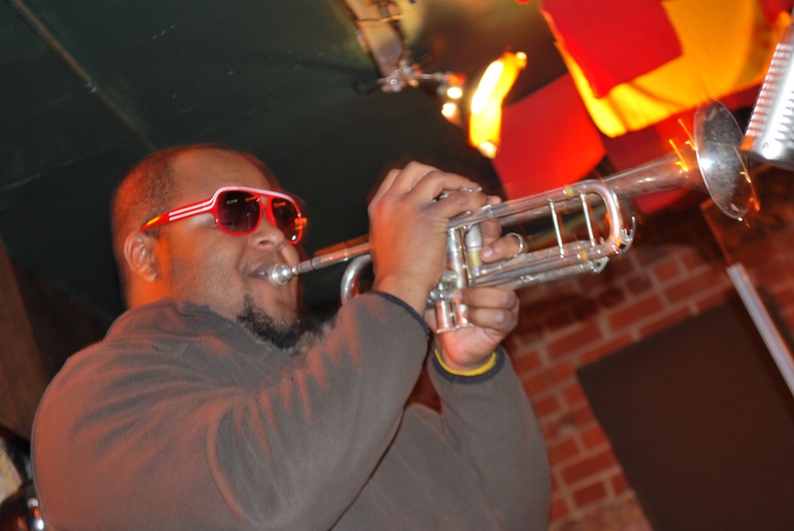 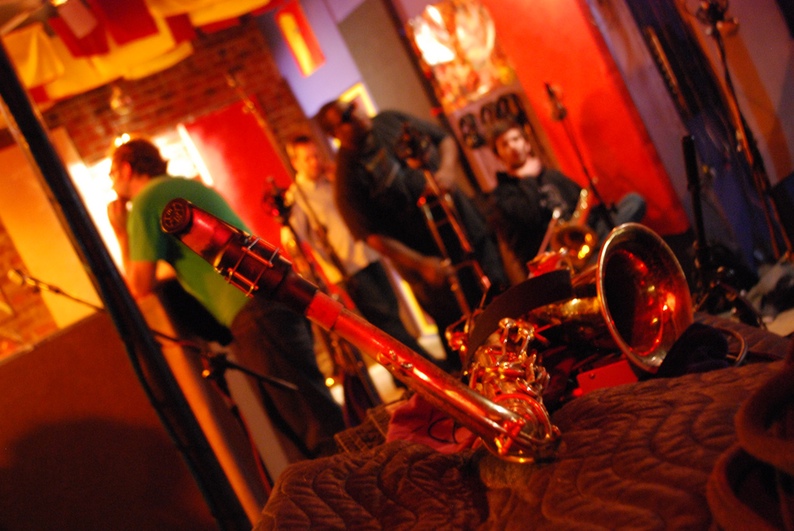 Saxophone: the only reed instrument in No BS! 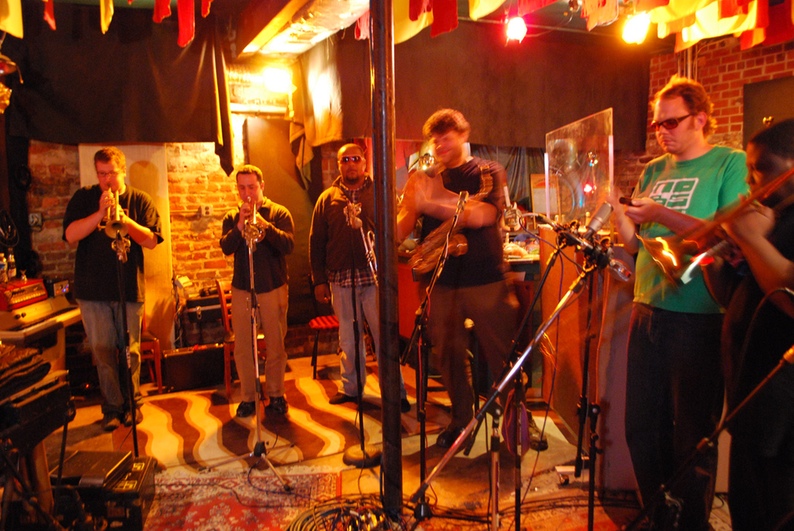 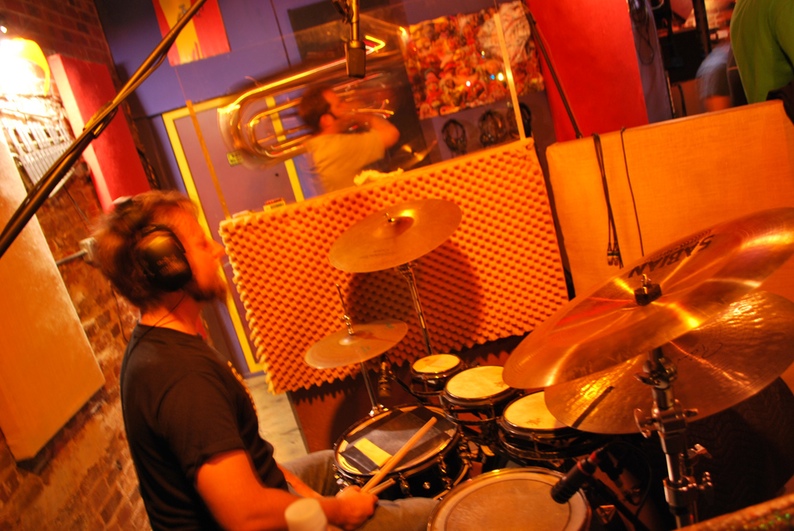 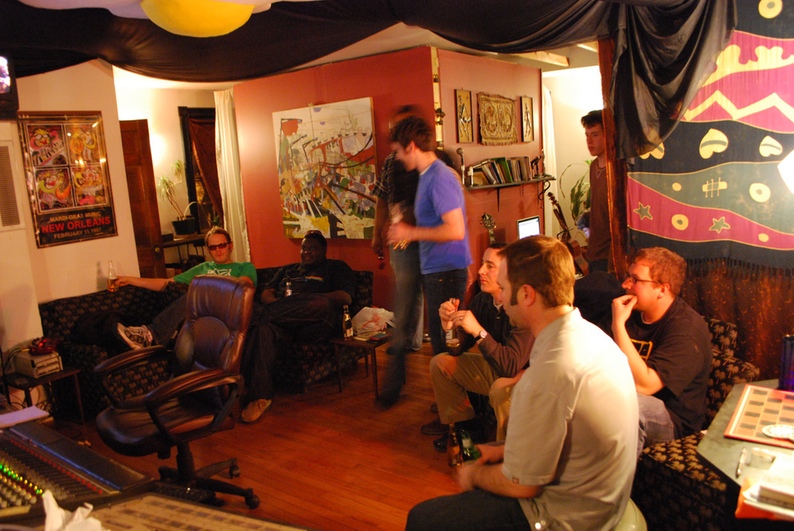 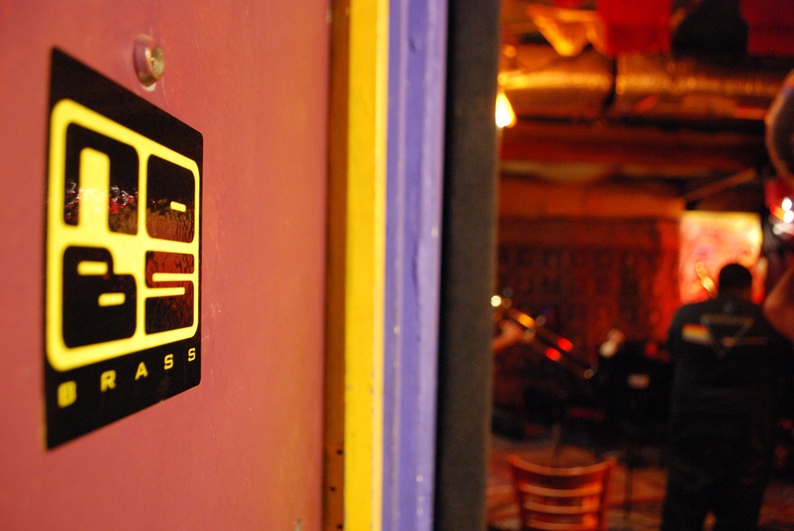