Last month, WPA Bakery opened up shop. Since then, business hasn’t slowed down for the bakery, which operates in a Church Hill corridor that just might become RVA’s ‘Baking District’. David Rohrer is a busy man–as in 80-hour work weeks busy. But a busy Rohrer means his new business, WPA Bakery, is booming. “Everything has been really good and really positive,” Rohrer said about the “running start” WPA’s had in its first month. A joint venture between local restaurateur, Kendra Feather (Ipanema, Garnett’s, The Roosevelt) and Rohrer, WPA may be a new business, but it’s far from a new idea. “We’ve been laying the groundwork for four years,” Rohrer said.

Rohrer first came to Richmond in the early 1990s to attend art school at VCU. He graduated with a degree in Painting and Printmaking in 1996 but not before cooking in restaurants as many of his cohorts did. “Art students work at restaurants,” he said, smiling.

In 2001, his restaurant experienced earned him the lead cook position at Ipanema. Part of his role was to help create desserts that complimented the restaurant’s vegetarian and vegan menu. “Before Ipanema, I hadn’t had much dessert baking experience,” Rohrer said. “I slowly taught myself how to bake.” In 2008, he transitioned from kitchen management to a head baker position.

As Ipanema-owner Kendra Feather opened other restaurants, Garnett’s in 2009 and The Roosevelt in 2011, the need for signature desserts increased. “They’ve been a really big part of all of Kendra’s restaurants,” Rohrer said. “Kendra has really fostered that…She’s got really good tastes. She pointed me in the right direction.” He laughed and said: “I got three-to-four years of experimentation on Ipanema’s dime.” 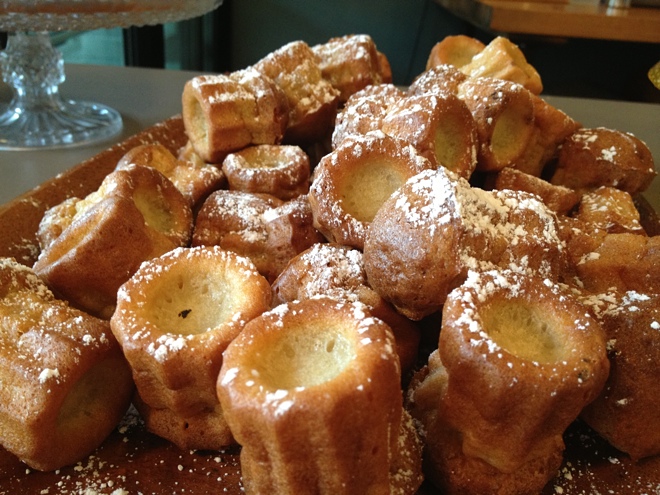 But not only was Rohrer in charge of making sure Feather’s restaurants had desserts, but he also supplied baked goods to VMFA’s Best Cafe and cupcakes to Lou’s on the campus of the University of Richmond. People loved Rohrer’s desserts, so much so that both he and Feather began wondering: “how do we take this to the next level?”

Originally, the pair wanted to collaborate on a pie shop, but when Proper Pie Co. made headway in that niche last year, the two reconsidered. Ultimately, they decided that with as many baked goods as Rohrer was making,1 he needed space beyond that of what Ipanema’s cramped kitchen could provide. “The business was mostly wholesale,” reflected Rohrer. Instead of just having an off-site kitchen to make wholesale goods, “…why not open up to the public?”

In July 2012, the landlord of The Roosevelt told Feather of a property at 2707 E. Marshall Street in Church Hill. As it so happened, Rohrer had a coincidental connection with the space. “I did a painting of [it] two years ago.” Having built a reputation as one who could bake vegan, vegetarian, and gluten-free desserts (and do it well), Rohrer felt ready to open the business.

An interest in history prompted the name, WPA. “I always liked the old WPA2 posters,” Rohrer said. Art from the era hangs on the bakery’s walls as a testament to that, but there’s another reason beyond history that inspired the name. The President that heralded the New Deal (and subsequently the WPA), Roosevelt, was the namesake of a restaurant that helped develop Rohrer’s talents. “Roosevelt is putting this artist to work,” he mused.

The decidedly edible art that now comes from WPA’s kitchen is proving to be a hit among Richmonders. “People love the canelés,” he said, speaking of the French pastry made from crepe batter. Other popular items, said Rohrer, include the sticky buns and muffins. 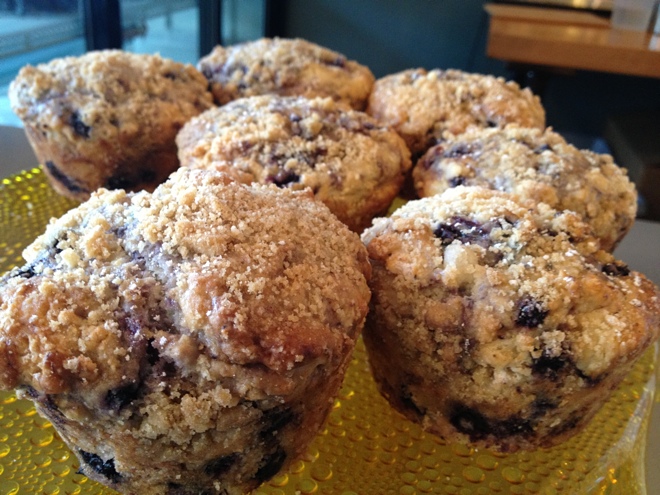 When WPA opened, most of Rohrer’s baked good were wholesale items. But with business exploding at the bakery, he now estimates that half of all business comes through the Church Hill location. “If it’s a busy day, all you can do is keep up with the business here.” WPA employs two full-time employees, with Rohrer now training someone to help in the kitchen. Even with the help, including Feather and her husband picking up select shifts, Roher’s day typically starts at 5:00 AM and lasts as late as 9:00 PM.

Not only is WPA business keeping him busy, but so is his art, which was recently exhibited at the Eric Schindler Gallery in Church Hill. It’s a part of RVA that’s been attracting several new businesses in the past two years.

“The Roosevelt brings in a lot of people who don’t live in The Hill,” Rohrer said. With businesses like Proper Pie Co. and Sub Rosa, Rohrer jokingly said the area is becoming a little “Baking District.” That doesn’t unnerve Rohrer. “The more the merrier,” he said about those businesses and others, like Dutch & Co. that will open across the street from WPA. “I’m glad there are so many new businesses. They’re sparking interest [in the area].”

As he attempts to establish regular WPA operations, Rohrer said that the bakery won’t offer any special items for the holidays, just its regular fare. That hasn’t stopped people from taking advantage of the new bakery for their holiday plans. “I’ve got a stack of orders already for Christmas,” he said. “People are [still] encouraged to make orders,” but should be done so “sooner than later” before WPA is all booked up.