American apparel: How we dress is who we are

American fashion has had a heck of a ride since 1776. Last year, during a summer day at Kings Dominion, I started keeping track of the T-shirts I saw. “Everyone’s entitled to be stupid. You’re abusing the privilege,” said one guy’s shirt to me. Another’s promised “Next sarcastic comment in 3…2…1…” while another simply proclaimed “DRUNK!” next to an American flag.

I couldn’t figure out why it was so cool to insult everyone who can see your shirt-clad chest, or why you’d want to show the world that you really, really slay it with sarcastic comments on a regular basis. But my favorite was definitely the flag–its cheerfulness combined with a deep pride in being both American and intoxicated gave me a weird respect for the wearer. Drunk on a roller coaster? You’re made of stronger stuff than I, fellow patriot.

Kristen Stewart, the Valentine’s Nathalie L. Klaus Curator of Costume and Textiles, told me, after a few minutes deliberation, that the T-shirt is probably America’s most quintessential garment. It’s comfortable, it’s cheaply produced, it’s durable, and it gives us a chance to tell everyone what we stand for. It’s casual sportswear in a nutshell–a type of apparel she feels that our youngish country had the biggest hand in popularizing.

My own T-shirt during this interview has the text of Strunk and White’s Elements of Style printed on it–I guess so everyone knows that I am likely to correct their punctuation, which is a nice warning to other people (“Don’t invite this one to a party!”). I suddenly feel very silly and aware that every single thing I am wearing indicates something about both our country’s social, economic, and cultural history as well as my own.

July 4th is a big one for overtly American gear, of course. “Never forget” 9/11 memorial shirts, bald eagles flying through lightning storms, Calvin peeing on the rest of the world…those are easy to make fun of. But the rest of us are also really into showing our national pride on Independence Day–it’s a tradition. My own son doesn’t know this yet, but he will be wearing a “Party Like Its 1776” shirt this weekend, and he can deal with it.

Is it because we don’t really have a historically cultural mode of dress that we can embrace collectively?

Stewart knows that every single stitch we are wearing is significant–we’re walking textbooks of history and we don’t even know it. The humble cotton garment was (in the Western world) a highly covetable item. Easy to spin, amenable to colorfast dye, highly washable, and, of course, light in texture for the hot days, cotton became so popular that England banned the sale of it in order to protect its miffed wool producers. But in 18th century America, cotton was in the clear.

In fact, much of our angst against taxes collected by the Motherland was due to the fact that we were providing England with a lot of raw materials like cotton for textiles and other manufactured goods, which were then turned into a sellable product, and sold back to us, with taxes included.

As far as fashion goes, the elite still looked to London and Paris as guides. Of course, the average amount of physical exertion required of a colonist still surpassed that of a Parisian, so Americans leaned towards the practical. Separates (i.e. a top plus a bottom, as opposed to a suit or a gown) really came into their own in good old North America, two hundred odd years before separates in the form of T-shirts and jorts would queue up into long, snaking lines, waiting for their turn on a roller coaster. 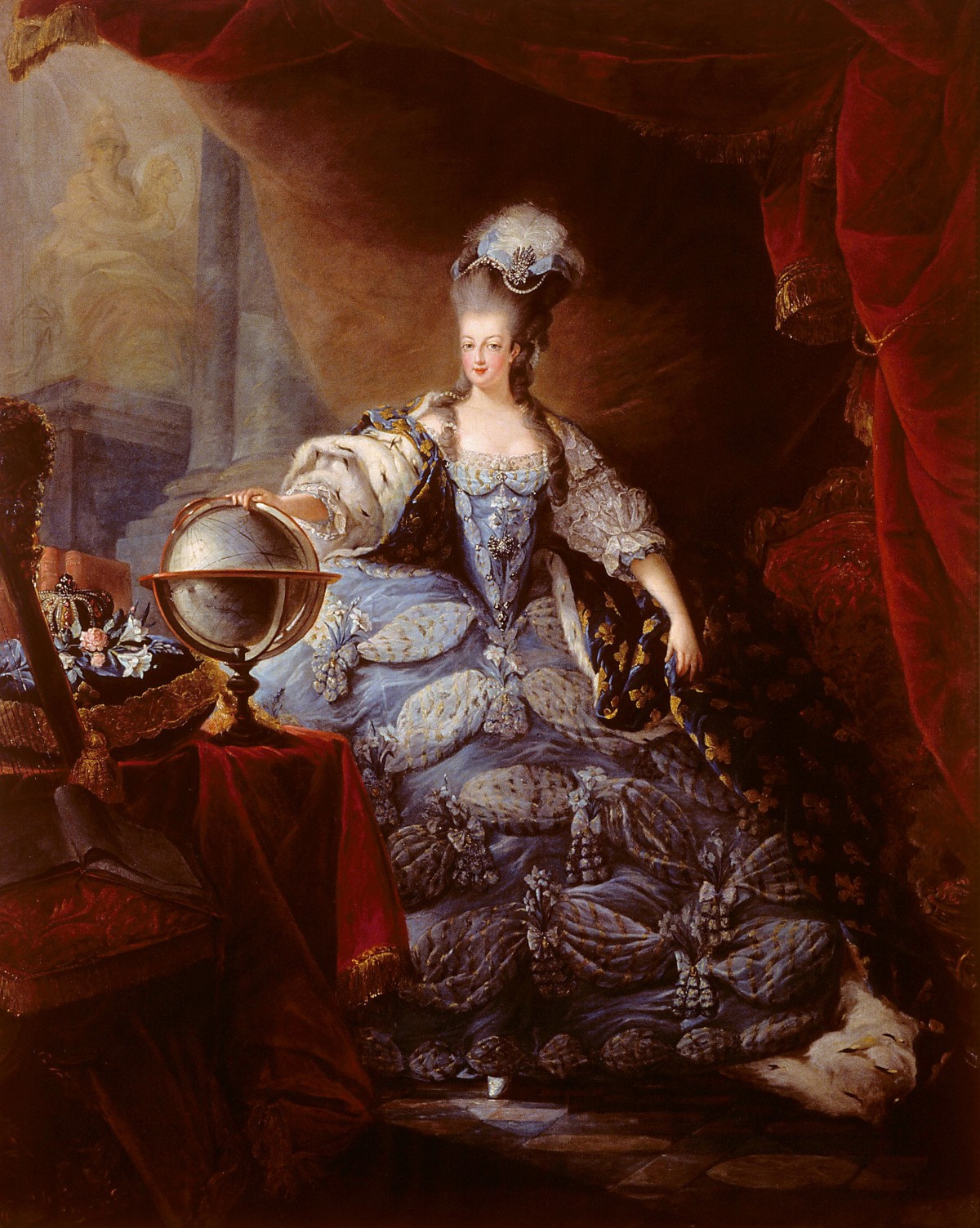 18th century fashion got a big jolt when colorfast dye was developed. Suddenly, the combination of cotton, which took to dye much better than linen or wool, and bright, fun colors that would stay that way after repeated washings made it possible for much lower economic classes to get in on the colorful action. In fact, various upper-class folks spoke out publicly, warning the plebeians to know their place. Only the well-to-do can wear colors, they said. The rest of you should focus on your perfectly acceptable drab wardrobe and get back to work.

That attitude faded as surely as the old kinds of dye would disappear under the bleaching sun–colorful clothing would no longer be a symbol of privilege.

As American as apple pie

In Richard Martin’s American Ingenuity: Sportswear 1930s – 1970s, which Stewart recommends, should you feel the need to do more research, the author puts forth a theory that, in the 1930s and 1940s, American designers for the first time began to intentionally and confidently create an American look. “They wanted to proclaim that they had something to offer that Paris didn’t,” explains Stewart. “It began before we were cut off [from Europe, by World War II] and then was very quickly injected with urgency and energy because we were cut off. The wheels were already on the car but the war gave it some gas.” 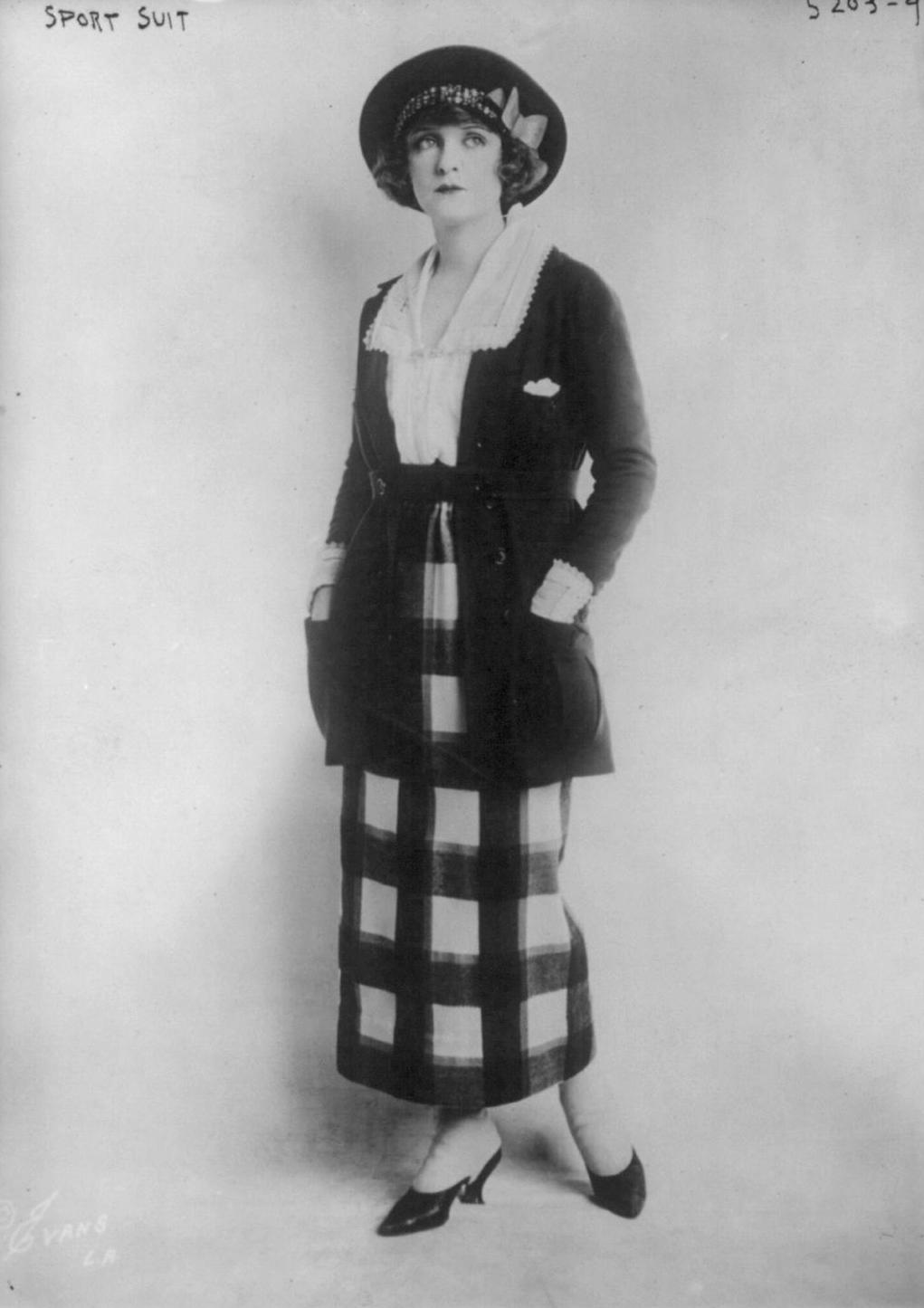 The bricks for that foundation were laid in the 18th century, she says. The fundamental principles behind that first wave of American-driven sportswear were centered around adaptability, a ready-to-wear philosophy, and the versatility of a one-size-fits-most approach–even a celebration of it. And revolution-era Americans pretty much embodied those very tenets. You want to march your impractical redcoats into our forests? Cool, we’re gonna hide behind some trees and reload our muskets.

In the intervening century and a half, high fashion still looked to Europe as its guiding star. But when we felt the squeeze of war in the 1940s, American designs became inherently popular–there wasn’t really anything else to buy, after all.

Fast forward 30 years to the Battle of Versailles, which actually isn’t associated with any such war, but was the name of a fundraising fashion show in 1973. French and American designers teamed up to save the crumbling palace and hosted a competition in which Yankee upstarts and French sophisticates would show off their designs. Icons like Yves Saint Laurent, Givenchy, and Dior fully expected to win–but were grateful for the Americans’ support of the cause. What followed was a typical French to-do for the time–jewel-encrusted, over-the-top, and hours-long. When the Americans–including Oscar de la Renta, Stephen Burrows, Halston, and Anne Klein–hit the runway, it was a different experience entirely. Simple, chic, and focused on fit, the whole thing felt fresh and new (it even featured African-American models, which was a relatively new thing) and wrapped up in something like 45 minutes. At the end, the French threw their programs in the air and conceded the stage.

“It was a wonderful moment when the American aesthetic rose into the ascendancy and was formally accepted by France,” says Stewart. Just three years shy of the 200th anniversary of our revolution, which, of course, wouldn’t have been possible without France’s assistance.

Americans all over the country will celebrate that revolution this weekend with sparklers, pies, and lots of red, white, and blue cotton sportswear. Just as our forefathers intended.

Kristen Stewart’s position is a new one and coincides with the opening of the new Nathalie L. Klaus and Reynolds Family Galleries. There, the first exhibition she curated is on elegant display through January 2016. “Classical Allure: Richmond Style” links classical forms of fashion (think Greek and Roman goddesses) to Richmond fashion over the years. If you can pin her down, she has literally hours of interesting things to say about that subject, too.