Alien Worlds and Androids: These are totally the droids you’re looking for!

Focusing on space, aliens, robots, and artificial intelligence, the Science Museum of Virginia’s latest exhibit promises to bring out the giddy nerd in all of us. The Science Museum of Virginia’s newest exhibit, Alien Worlds and Androids, nails the tone right when you walk through the door. It all has a very “In space, no one can hear you scream” feel to it–but in an accurate way, not a terrifying way.

Visitors enter via a spaceship-like atrium decked out with an animated explanation of our solar system, before moving on to a sparsely lit, surprisingly quiet1 overview of the universe and the history of man’s exploration of it. This first portion is a bit print-heavy, but among the explanations of meteors and the electromagnetic spectrum, you’ll find some some great stuff, including incredible images of dying stars from the Voyager expeditions and the alien-like creatures found in hydrothermal vents deep in our very own oceans. Be sure to also check out PlanetQuest, a touch-screen game in which you select a destination (either within or outside of our solar system), your method of travel (car, train, Beoing 757, and so on), and then find out how long your trip will take2.

From here, things brighten up a bit as you enter the robot-centric portion of Alien Worlds and Androids where visitors get the chance to guide a robotic arm through a series of building challenges3 and learn more about the amazing work NASA is able to do on Mars via Curiosity Rover. You’ll also see reproductions of two of pop culture’s favorite robots: Gort from The Day the Earth Stood Still and Forbidden Planet’s Robby the Robot.

Speaking of pop culture, T-800 makes an appearance, as do Iron Man, R2-D2, C-3PO, and The Alien4 as the exhibit explores the technology and theories behind cyborgs and androids. Tucked away behind C-3PO is an example of the Turing Test, designed by Alan Turing to (according to the display) “determine whether a machine is capable of demonstrating ‘intelligent’ behavior by answering questions as a human being would.” Here visitors are shown transcripts of simple questions and answers, and are then asked to determine whether the given responses are from a human or a machine. Make sure to look for it; it’s tons of fun. 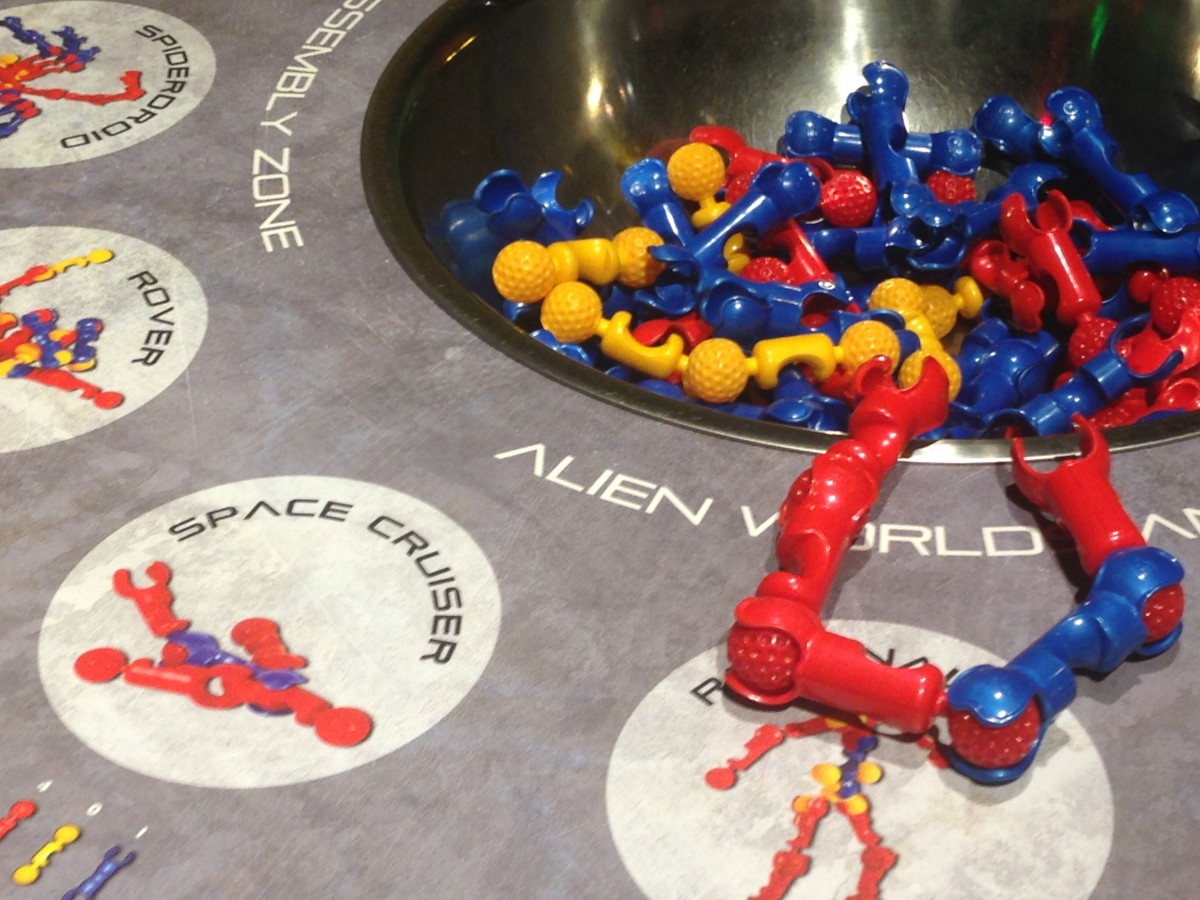 Lest you let all that scientific inspiration go to waste, the exhibit finishes up with a chance for you and yours to do some innovating of your own. Hunker down at the Alien World and Androids Assembly Zone and use skeleton rods to construct satellites, rovers, space cruisers, spiderdroids, robonauts5, and whatever else your fantastically human brains can come up with.

The Science Museum of Virginia will host Alien World and Androids through February 26th. Museum hours are 9:30 AM to 5:00 PM Tuesday through Saturday and 11:30 AM to 5:00 PM on Sunday. Admission is $11 for adults; $10 for seniors and kids ages 4 to 12; and free for members. For more information, visit smv.org.