A look inside Lemaire: fires, alligators, and beehives, oh my!

Alligators, fires, and beehives–just a few fascinating things about The Jefferson. But maybe the most understated aspect of the historical hotel is its very modern restaurant. Thomas Jefferson lost his head in Richmond on March 29th, 1901.

Some hours earlier, a fire erupted in a blanket closet inside The Jefferson Hotel. Workers subdued the flames, but soon discovered the roof garden ablaze. At 11:15 PM, workers sounded the alarm.

Evening winds fanned the fire, and it soon spread (it would go on to consume three-fifths of the building). A group of men entered the hotel and began saving its artwork. One of the pieces the men wanted to save was the statue of America’s third president inside The Palm Court–where today’s guests check in. 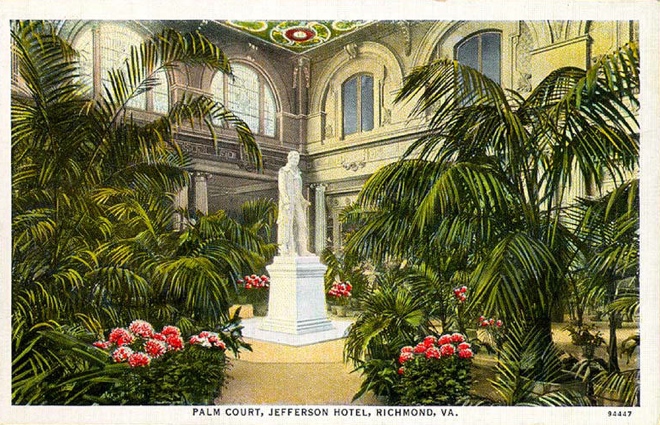 Depiction of The Jefferson’s Palm Court

The men quickly grabbed several mattresses from nearby rooms and flopped them in front of the figure. They then toppled the statue onto mattresses. But as the men exited the hotel with the statue saved, they dropped it. Jefferson’s head broke off on impact.

The headless statue remained in a neighbor’s yard for several days. The head remained in a vault owned by Henry Valentine, the statue’s sculptor, who later reattached Jefferson’s head and returned it to the hotel where it has since remained.

A hotel that opened on Halloween in 1895 has many stories1 (most not so dramatic as the fire) that add to Richmond history and lore. If the statue of Jefferson could turn his head to the left, he’d peer inside a restaurant that represents the city’s (and even the country’s) past. But there’s more to Lemaire than history. It now strives to embody the city’s culinary and cultural future.

The restaurant is named after the president’s second maitre d’hotel, the portly Frenchman Etienne Lemaire, who began serving at the pleasure of Jefferson in 1801.

It’s a fitting name: not only was Jefferson fond of the Frenchman and French dining (he lived in the country for five years), but Lemaire is largely credited with a long-lasting influence on American cuisine.

“He introduced cooking with wine [to] America,” said Greg McGehee, the general manager and wine director at Lemaire. Etienne Lemaire’s passion for cooking with wine is still present in the restaurant. Not only does Lemaire, which opened in 1986, offer over 150 bottles of wine, but McGehee said one of the guiding questions raised by Chef Walter Bundy when creating seasonally-appropriate menu items is, “how will the food pair with the wine.” That’s how Etienne Lemaire’s legacy lives on at The Jefferson.

Lemaire is a collection of distinct dining rooms. The first of which, just past the main entryway, is a bar and lounge, remodeled in 2009. Adjacent to it is The Conservatory, which stretches along Franklin Street and was the original entryway when the hotel opened.

The next room, the aptly named Library for its rows of bookshelves, “used to be the women’s parlor” in the hotel’s early days, McGehee said. And it’s the only room in Lemaire unscathed by not one, but two fires.2 As a result, a rare mantle made of African mahogany remains intact, which McGehee calls a “real tribute to old world craftsmanship.”3

The nearby Astor and Gibson rooms features art commissioned from Virginia artists, as well as relic wax stamps on their respective walls.

But the most grandiose room is the Valentine Room, with its white walls, corinthian columns, ornate woodwork, and large mirrors. It makes occupants feel presidential, if not downright regal. 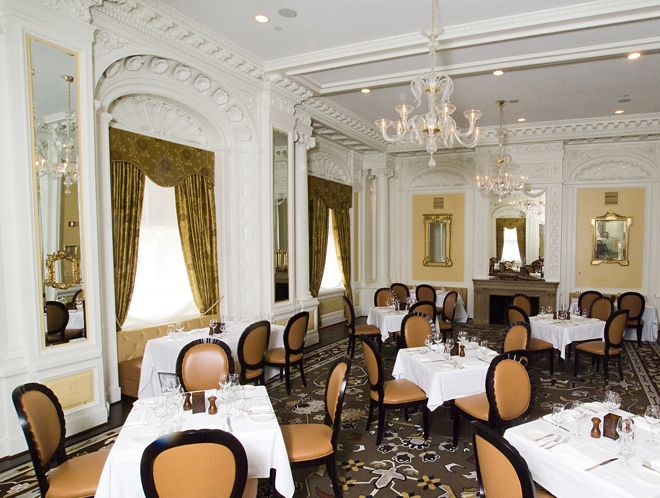 If you look above the room’s fireplace you see a bronze alligator lying down on the mantle, one of many alligators scattered throughout the hotel (one also serves as Lemaire’s logo). McGehee explained that in the early twentieth century, Richmonders would travel to Florida during the winter. Many returned home with baby alligators as souvenirs. “At the time it was fashionable to wear baby gators as brooches,” McGehee.

When the alligators grew, Richmonders dropped them in the fountains near the statue of Jefferson in The Palm Court (where there once was grass instead of the carpet visitors now walk across). The hotel’s alligator population grew so much, containers of them were routinely seen at the registration desk and in other areas of The Rotunda. The last surviving alligator of The Jefferson Hotel, Old Pompey, died in 1948. He’s immortalized at the hotel’s front entrance.

A short walk away from the Valentine Room (Lemaire is a city block in length) we arrive at small private dining room where a collection of wine is stored in a temperature-controlled cabinet. One of the bottles McGehee shows me is Conterno Barolo Monfortino, what some wine connoisseurs call one of the best wines in the world. It costs $660.

A single bottle of wine that costs more than some people’s rent typifies the opulence, prestige, and swankiness for which The Jefferson has become synonymous.

But as McGehee tells me, that’s not how Lemaire embraces the future.

In 2009, Lemaire took six months and renovated both its interior and its philosophy. Prior to the renovation, entrees averaged between the upper $30s and lower $40s. Those prices made the restaurant a destination, where only the most special of special occasions were celebrated. People visiting just once a year wasn’t enough to keep Lemaire going. McGehee and Chef Bundy knew this, and knew it needed to change. Now no entrée exceeds $30. Some are as low as $12 and $13. And while the restaurant still offers pricey bottles of wine, it also offers some for $18.

Lemaire also did away with its dress code to help shed its stuffy reputation. McGehee said that on any given night, you’ll see VCU Brandcenter4 students drinking local craft beer, a group doing business over cocktails, and friends casually sipping wine. And then you’ll see a guy at the bar nursing a beer in jeans and flip flops. “Come as you feel most comfortable,” McGehee said. “We just want to expose people to good food and drink and service.”

While Lemaire is fused with the history of The Jefferson, that history hasn’t prevented the restaurant from embracing the future. One of the most forward-thinking projects it had was to install beehives last year on the hotel’s fifth-floor roof. Cooks use the honey harvested from those hives in menu and drink items, like the Bee’s Knees made of Bombay gin, honey, lemon, and soda water. Lemaire was one of the first restaurants in the city to own and harvest beehives for ingredients.

The restaurant also owns a garden adjacent to The Jefferson property where Chef Bundy grows herbs, okra, tomatoes, and turnips. Food at The Jefferson is not just locally-sourced, but hyper-locally sourced. 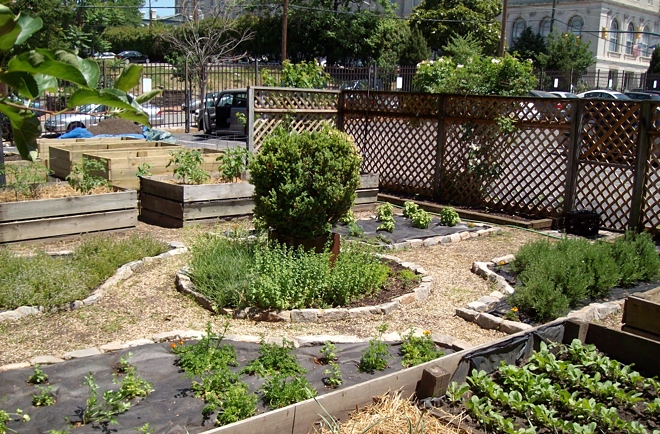 Another addition to Lemaire is an outdoor dining area with eight tables and roughly 20 chairs created last summer. McGehee said that outdoor area was inspired by the City’s commitment to fostering an Arts and Cultural District in the nearby Jackson Ward area, in part by allowing restaurants to offer outdoor patio dining. The black chairs are paired with yellow seat cushions–colors of VCU.

McGehee said that one of the unique attributes of The Jefferson is “how the city embraces everything about The Jefferson…it seems each [person] has a little ownership.” Much of that is because of hotel’s history, something Lemaire doesn’t want to shun. “In order to move forward, you have to embrace your past,” McGehee said.

But opulent décor and rich history isn’t enough. While McGehee feels Lemaire respects the past it’s connected to, the beehives, garden, and modern dress code represent what’s to come–he wants the restaurant to be a central part of Richmond’s future.

In 1816, Thomas Jefferson wrote: “I like the dreams of the future better than the history of the past.”

You’re served both at Lemaire.