This Sunday only, catch the School of Richmond Ballet Ensembles as they bring Richmond Ballet Artistic Director’s Stoner Winslett’s original (and little-kid-friendly) production to life. 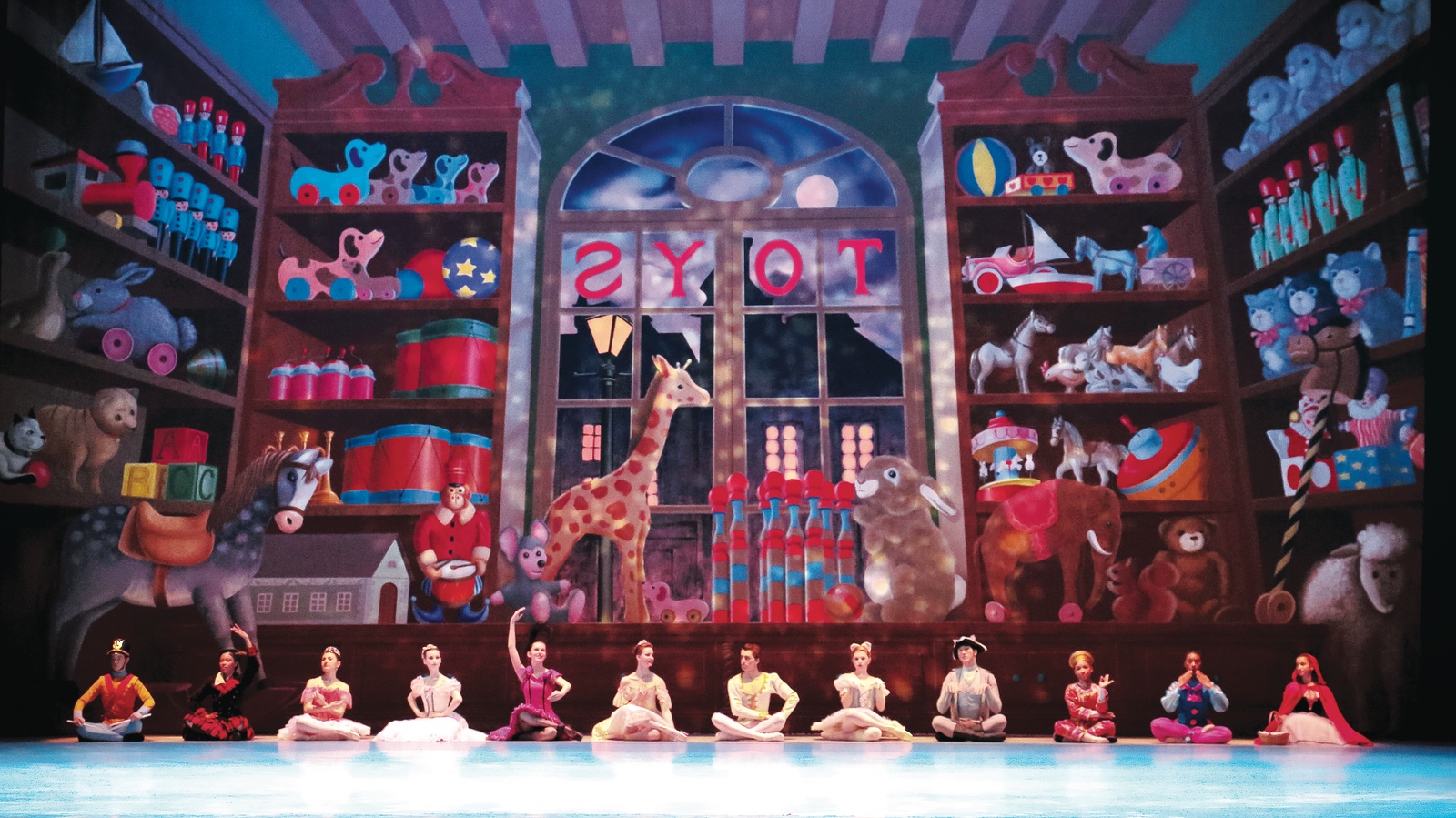 When I say “ballet” the first words that pop into your head are probably not “family-friendly”–unless we’re talking about Baby’s First Dance Class1 or maybe a very special Christmastime excursion to see The Nutcracker. Think about it: you sit still for an extended period of time while observing a story being told without words. While that sounds lovely for those of us with fully-formed frontal lobes, it presents a good chance for a meltdown from the younger set.

It seems that Richmond Ballet Artistic Director Stoner Winslett had this parental hesitancy in mind when she created The Enchanted Toy Shop, a one-act ballet that gives younger audiences a wonderful introduction into the world of ballet.

In The Enchanted Toy Shop, the dolls sit all day long as customers come in to look at the toys. Sometimes, a doll goes home with a very excited child, but the dolls that are left behind have something to look forward to as well.

Each evening, after darkness begins to fall, the shop closes and the fairies of the night fly in and wake up the dolls to perform fantastic dances, inspired by the ballet world’s favorite stories, including The Sleeping Beauty, The Nutcracker, Cinderella and Don Quixote. The dolls all dance with great joy until the clock strikes midnight, when the fairies carefully put them back to sleep until the next night. The Enchanted Toy Shop features students from SRB Ensembles, audition-based programs within The School that provide a performing outlet for the most serious and dedicated students. Participation in the Ensembles requires extra class and rehearsal time. Over 60 Ensemble students, ranging in age from 11 to 18, will appear in The Enchanted Toy Shop. SRB Ensemble students have been rehearsing for the production since the fall of 2015. This will be SRB’s third year performing The Enchanted Toy Shop and the second year it will make use of Holly Hynes’s costume designs for the production, says Weger. Hynes served as the Director of Costumes for New York City Ballet for 21 years and has over 200 ballets to her credit.

While some costumes for The Enchanted Toy Shop were created elsewhere, several were constructed in-house–painstakingly so, in many cases. For example, when I ask Costume Shop Manager Jordan Rickenbacher how long it took to make the costumes used in the Don Quixote portion of the show–fairly ornate, bedazzled-and-lace, two-piece situations–she lets out a deep breath.

“Oh…about eight hours for each bodice. And there are six of them,” she adds, laughing.

Such attention to detail shows that even though The Enchanted Toy Shop features young performers and was created for younger audiences, this is still very much a ballet.

While Winslett; Ballet Master Malcom Burn; SRB Director Judy Jacob; and SRB Ensembles Coordinator Tara Penick created additional choreography for this production, the cast of The Enchanted Toy Shop will perform some of the ballet world’s most beloved choreography from the likes of Marius Petipa and [Nicolas Beriozoff]https://national.ballet.ca/Tickets/Virtual-Museum/Don-Quixote/Don-Quixote-3. The Enchanted Toy Shop also features the music of Tchaikovsky, Prokofiev, and Mendelssohn.

In other words: this is The Real Deal. But with a simple storyline and a run-time clocking in at about an hour, it’s a real deal even the tiniest dancers will be able to enjoy.

The Enchanted Toy Shop is a one-day event with performances taking place at the Carpenter Theatre (600 E. Grace Street) at 2:00 PM and 4:00 PM on Sunday, April 24th only. Tickets are $10 per person and can be purchased online or at Richmond Ballet’s box office, located at 407 E. Canal Street.