The three-part series kicks off February 20th with a showing of ‘The Goonies.’ Center of the Universe Brewing Company, XL102 and The Byrd Theatre Foundation have joined forces for a new local event series ‘Byrd and and Beer: Midnight Features,’ the three announced today in a joint release.

This three-part midnight movie series kicks off on Friday, February 20th with a showing of the classic The Goonies. The monthly series will afford patrons the chance to enjoy some of the best cult classic films while sipping on COTU beers in a Richmond landmark.

Tickets are $5 and available at the door or online in advance. Past midnight screenings have attracted large crowds, and as such, management strongly encourages patrons to purchase tickets in advance.

The Byrd and a Beer series continues with a showing of Fight Club on Friday, March 20th. April 24th’s film will be decided by community vote, and the polls are now open.

All proceeds from the series will benefit the Byrd Theatre Foundation’s ‘Journey to the Seats’ campaign, which aims to raise funds to replace the theatre’s deteriorating seating.

The series is 21 and up only, and proper ID is required for admittance. And yes, you can drink in the theatre–no need to be sneaky this time. 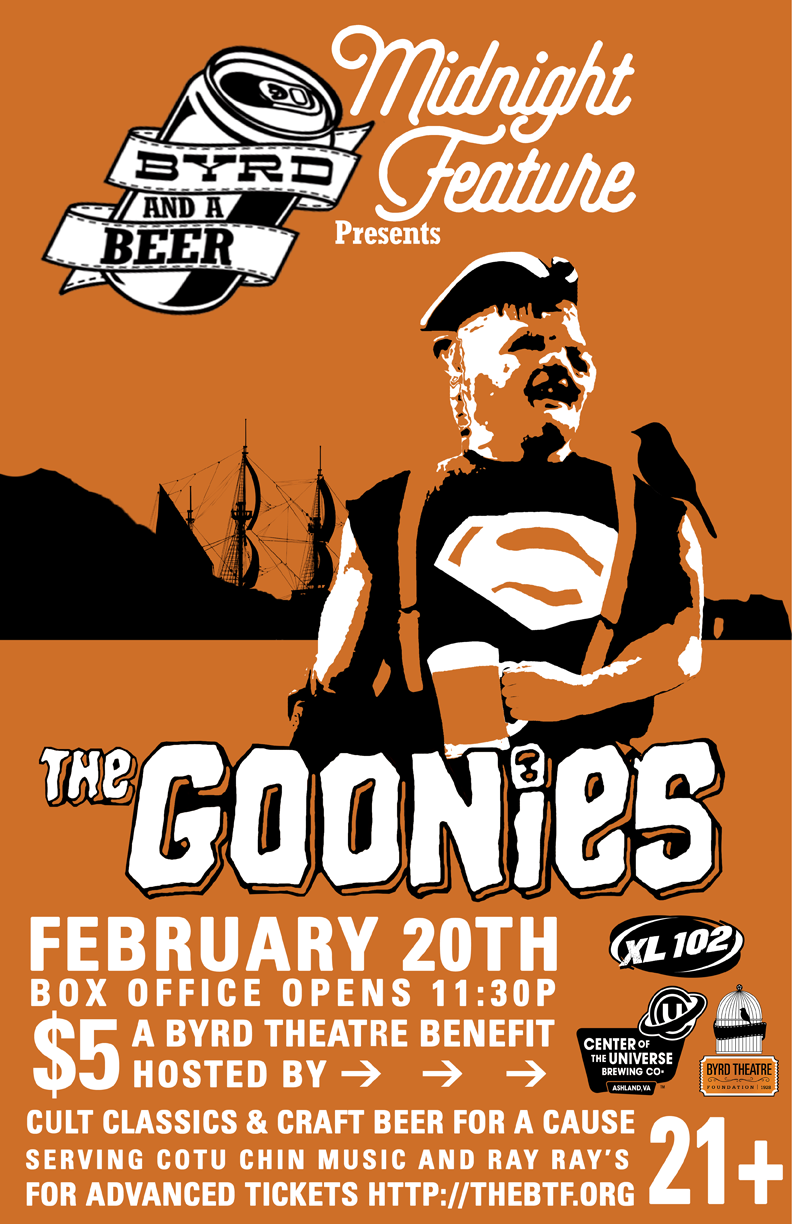