Shamrock The Block set to rock the Boulevard again Saturday Shamrock The Block is back on the Boulevard this Saturday. Now in its second year, the popular St. Patricks Day festival is returning to the Scott’s Addition area.

With attendance rates just above 20,000 in its first year, organizers expect an even bigger turnout for 2015.

Based on last year’s feedback and success on the Boulevard, Shamrock The Block will feature expanded boundries, more beer trucks, and free parking at the Diamond, more food, and a larger area closed off to traffic.

“We are just thrilled that this worked out,” said Micki Long with event organizer Three One One Productions. “The Scott’s Addition Business Association is embracing the event and we feel this area of Boulevard is a thriving part of the Richmond landscape. This is a great home for us as Shamrock continues to grow and is the next evolution for the event.”

Proceeds from the event will benefit Project Local, a Richmond based non-profit that supplies grants and marketing to smaller, local non-profits. 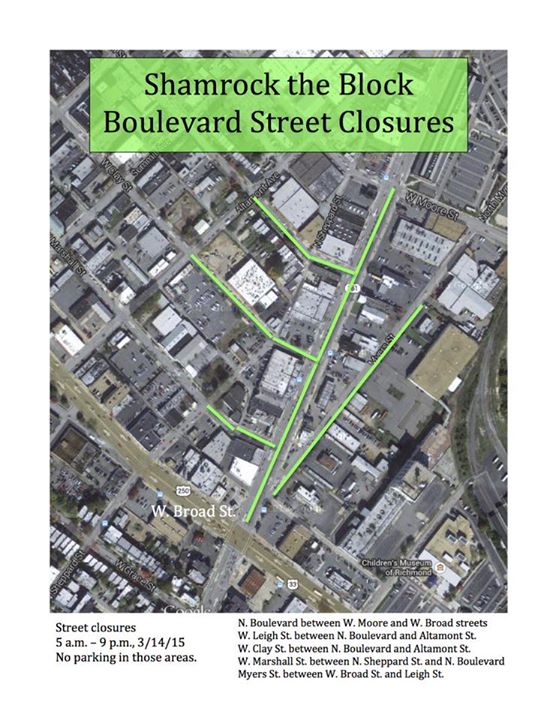