Nathan and the Zydeco Cha Chas 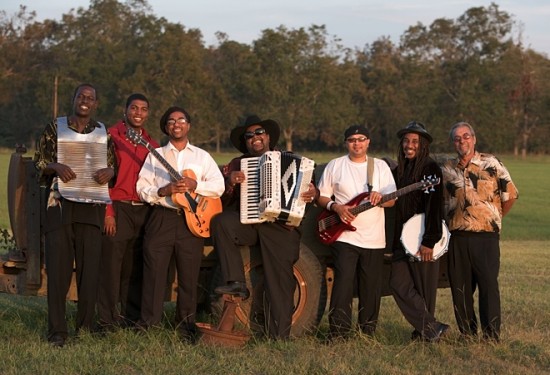 Nathan and the Zydeco Cha Chas

Nathan and the Zydeco Cha Chas is arguably the best zydeco band in the nation, matching superb musicianship and clever songs with a knack for keeping dancers on the floor. Yet in the hands of bandleader Nathan Williams, zydeco is more than just great dance music. His compositions offer a rich experience for listeners as well as dancers, often incorporating adventurous touches of reggae, R&B and rock. With his mastery of the large piano accordion, Nathan is also the foremost contemporary interpreter of the music of revered zydeco pioneer, the late Clifton Chenier.

Nathan Williams has become one of the most recognizable musicians in his home state of Louisiana and an international star on the dance hall circuit. Born in St. Martinville, Louisiana, Nathan was raised in a community in which everyday conversation was conducted in Creole French. There, he started his musical career at El Sid O’s, the convenience store/butcher shop/dance hall run by his older brother, Sid Williams.

Springing from the rich cultural mix of South Louisiana and East Texas, zydeco combines traditional black French Creole music (closely related to the local Cajun tradition) with blues and R&B to create irresistible dance music. Zydeco is said to take its name from the idiomatic title of a popular song “Les Haricots [zydeco] Sont Pas Salé.” A driving, accordion-led music with its signature rubboard percussion and electric guitars, zydeco is a relatively modern sound that emerged after the Second World War.

The music of Nathan and the Zydeco Cha Chas is a family affair. Dennis Paul Williams, Nathan’s brother, brings his jazz-influenced guitar chops to the band. He’s also a well-known painter who contributed the cover and tray card paintings for their new album, Hang It High, Hang It Low. Rubboard player Mark Williams is a cousin who has been with the band since its inception. The eldest Williams brother, Sid “El Sid O” Williams, manages the band. The Cha Chas’ exceptional rhythm section is comprised of bassist Terry Jenkins and drummer Herman “Rat” Brown who played with Buckwheat Zydeco for many years.