The benefitting charity of the tour is the Music Therapy Department of the Children’s Hospital. The Ginter Park Residents’ Association has announced the gardens and homes for its annual tour on Saturday, May 17, 2014 from 11:00am – 4:00pm. Eight gardens and five homes will be open to the public. The theme for this year is Music in the Garden, and we plan to have musicians playing music in the gardens as attendees enjoy the tour from home to home.  To tie into this musical theme, the benefitting charity of the tour will be the Music Therapy Department of the Children’s Hospital on Brook Road.

The following information can be found on our tour website, www.ginterpark.org/tour.php

Highlights of Several Homes and Gardens on the Tour

3508 Seminary Avenue (seen above)
Built in 1906 and nicknamed “Anchorage”, this home has recently been fully restored and renovated by the current owners. The owners have labored over substantial renovations to this property that are sure to amaze visitors. These efforts garnered them a Better Housing Coalition Golden Hammer nomination in 2013 for Best Residential Renovation. From exterior painting, to salvaging large wavy glass windows and restoration of the back porch gives us a grand glimpse into the past. 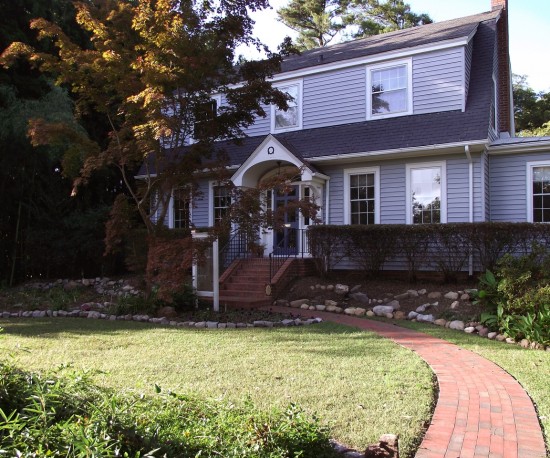 1408 Wilmington Aveune
This garden is a calming oasis in the center of the city. Believed to have been designed in the 1920’s by the original owner, Henry Horace Hibbs, founder of what is now VCU, it features a Japanese theme, complete with a bamboo grove, rushing waterfalls, a series of ponds, pagodas, winding walkways, several hidden outdoor “rooms”, expansive lawn, and a whimsical sculpture garden. It has taken nearly thirty years to produce the results you see today. 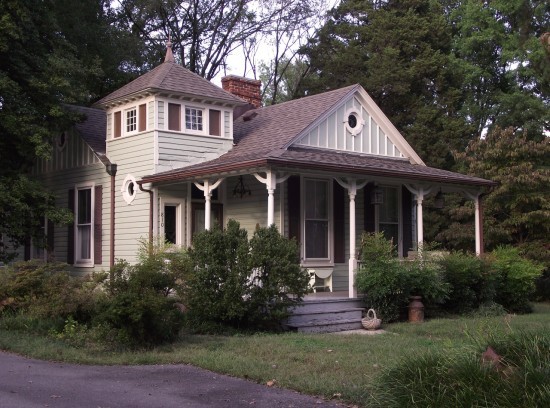 810 Westwood Avenue
This cottage style garden complements the architecture of a charming 1929 house, and beckons you to stroll paths that meander among mixed borders of peonies, daffodils, day lilies, black-eyed-susans, English and American boxwood, camellias, dwarf hinoki cypress, hydrangeas – a little something for everyone. A newly planted yew hedge and small kitchen garden encompass a 2011 addition to the house. A climbing rose from Lynchburg’s Old City Cemetery frames a charming back porch. Cross the driveway and wander down the path of the “secret” garden and enjoy a peaceful moment or two in the pergola surrounded by acuba and rhododendron.

A complete listing of homes and gardens can be found at www.ginterpark.org/tour.php

About Ginter Park
Known as the Queen of the Suburbs, Ginter Park is one the oldest planned neighborhoods in the City of Richmond. The area is characterized by grand old homes facing wide, tree-lined streets. Large yards contain mature plantings, brick walls, boxwoods, perennial beds and more modern features such as water gardens and sculptures. Because Ginter Park was developed in the early half of the twentieth century, many of our trees are over 80 years old. The ongoing efforts of the residents help to preserve the beauty and charm of this very special neighborhood.