Liz Carroll Trio with Special Guest Troy MacGillivary Irish and Nova Scotia fiddle Chicago, IL and Antigonish, Nova Scotia Chicago-born Irish American fiddler Liz Carroll was started on the accordion and tin whistle at age five by her father, a County Offally native, and Liz had the opportunity to hear her grandfather play the fiddle […] 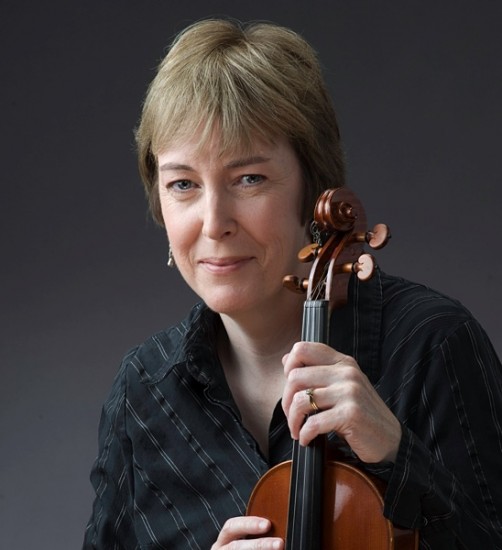 Chicago-born Irish American fiddler Liz Carroll was started on the accordion and tin whistle at age five by her father, a County Offally native, and Liz had the opportunity to hear her grandfather play the fiddle during her childhood visits to Ireland. She took up the fiddle at age nine, absorbing music from great Chicago Irish musicians at house parties and sessions, as well as at concerts by touring musicians who came through town. In 1975, after a series of victories in the junior All-Ireland competition, Liz, then just 18, astounded the Irish music world by winning the senior division All-Ireland Championship. Three decades later, she is widely regarded as one of the best ever to play the instrument. A master of traditional styles and tunes, Liz is also noted for her original compositions that have already entered the repertoires of Irish and Celtic musicians throughout the world. As P.J. Curtis of the Irish American declares, Liz “conjures up a dizzying mixture of the sweetest tones, the fastest runs, and the most dazzling display of musicianship imaginable.” Because of her contributions to Irish music, the National Endowment for the Arts awarded her a National Heritage Fellowship in 1994, the highest honor our nation bestows upon folk and traditional artists. Liz has several excellent recordings to her credit, and is a delightful and engaging performer in demand throughout the world.

At the Richmond Folk Festival, Liz will be joined by pianist and composer Cormac McCarthy. A native of Cork, Ireland, Cormac began studying piano at age four and soon after, discovered the joy of composition. In 2010 Cormac received the prestigious Bill Whelan International Music Bursary from Bill Whelan (Riverdance), an award earmarked for young Irish composers studying abroad. He has been commissioned as a composer/arranger by The Dublin City Jazz Orchestra, CSM Jazz Big Band, CSM Concert Orchestra, Cork Pops Orchestra, DePaul Jazz Ensemble and The Vesuvio Wind Quintet. Cormac holds BMus and MA degrees from Cork School of Music and is currently a graduate student at DePaul University, Chicago.

Also accompanying Liz is guitarist Jake Charron, who has built a reputation as one of Canada’s finest accompanists for fiddle music, playing piano and guitar with fiddle champions Shane Cook, Mark Sullivan, Pierre Schryer, Louis Schryer, and many others including his younger brother Kyle. He has been the house pianist for the Canadian Open Fiddle Championships in Shelburne for the past several years, as well as for the Canadian Grand Masters Fiddle Championships.  Jake enjoys teaching at music camps, and has recently graduated from the University of Western Ontario with an Honours degree in Kinesiology.

Special guest fiddler, pianist and step dancer Troy MacGillivray is a multitalented musician who was born into a rich musical tradition. For generations, the MacGillivrays on his father’s side and the MacDonalds on his mother’s side have been proprietors of the Scottish Gaelic tradition in Antigonish, Nova Scotia. Troy began impressing audiences with his step dancing at age six and soon developed into a capable piano and fiddle soloist. He has studied classical piano at the Toronto Conservatory of Music, spent four years in a stringed orchestra, earned a Bachelor of Music from St. Francis Xavier University and received an Applied Music Technology Diploma for recording engineering. He has five CD releases to his credit, several of which have been recognized with various awards and praise from fans and peers alike. Whether playing piano or fiddle, or showcasing his step dancing capabilities, Troy MacGillivray displays an intense commitment to the Celtic heritage he inherited from his Highland ancestors.