Joshua Nelson Kosher gospel South Orange, New Jersey Cultural traditions typically change slowly, over the long arc of history. But occasionally, an innovation emerges that makes what seems to be a startling leap, although it remains deeply—even reverently—traditional at its core. You may never have heard of “kosher gospel” music before today, so the inspirational […] 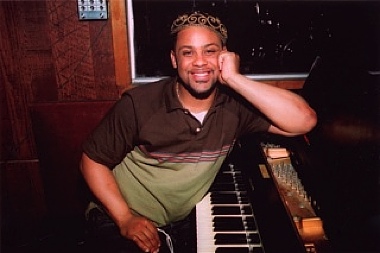 Cultural traditions typically change slowly, over the long arc of history. But occasionally, an innovation emerges that makes what seems to be a startling leap, although it remains deeply—even reverently—traditional at its core. You may never have heard of “kosher gospel” music before today, so the inspirational performances of Joshua Nelson, the creator of this style, will certainly be, well. . . a revelation. Raised in a black Jewish community in New Jersey, this “ prince of kosher gospel” blends Hebrew texts and African American gospel while channeling the vocal powers of Mahalia Jackson in a way that is utterly original and utterly electrifying.

Kosher gospel is the marriage of Jewish religious lyrics and meanings with the soulful sounds of American gospel music. While gospel is usually associated with African-American Christian churches, the roots of gospel’s rhythmic and vocal style come from West African traditions that predate Christianity. Similar sounds are retained in the musical cultures of African Muslims and Jews, and such soul-inflected vocalizations filled the Black Hebrew synagogue Joshua Nelson attended as a child with his family, observant Jews who traced their lineage back to Senegal.

When he was eight, Joshua Nelson discovered an album by Mahalia Jackson, the Queen of Gospel, in his grandparents’ record collection, and he fell in love with her singing. During his teens and early twenties, he became widely celebrated as a gospel singer carrying on Jackson’s legacy. His continuing study of Judaism, including two years on a college and kibbutz program in Israel, clarified his understanding that throughout history, Jews had always integrated Jewish law and religious practices with the cultural context in which they lived; for example, as Nelson points out, any ethnic style of cuisine can be Jewish if it is kosher. Upon his return from Israel, Nelson began to apply this understanding to music, beginning what has been called “a revolution in Jewish music” by combining Jewish liturgical lyrics with one of America’s best-known indigenous musical forms; thus kosher gospel was born.

For Joshua Nelson, kosher gospel is a way to claim both parts of his identity as a Black Jew. For his audiences, whatever their faith or heritage, kosher gospel has been an astonishing discovery. Now in his early thirties, Nelson has performed around the world, for presidents, congregations, major music festivals—and for Oprah, who named him a “Next Big Thing.” He has produced a stellar album, Mi Chamocha, sung with stars from Aretha Franklin to the Klezmatics, and is the subject of the acclaimed documentary film Keep on Walking. Nelson also shares his musical gifts as an artist in residence at Jewish congregations across the country, including at his home synagogue of Temple Sharey Tefilo-Israel, a Reform congregation in South Orange, New Jersey where he taught Hebrew School for 15 years. Whatever the venue, Joshua Nelson, the Prince of Kosher Gospel, brings people—and cultures—together in joyous song.