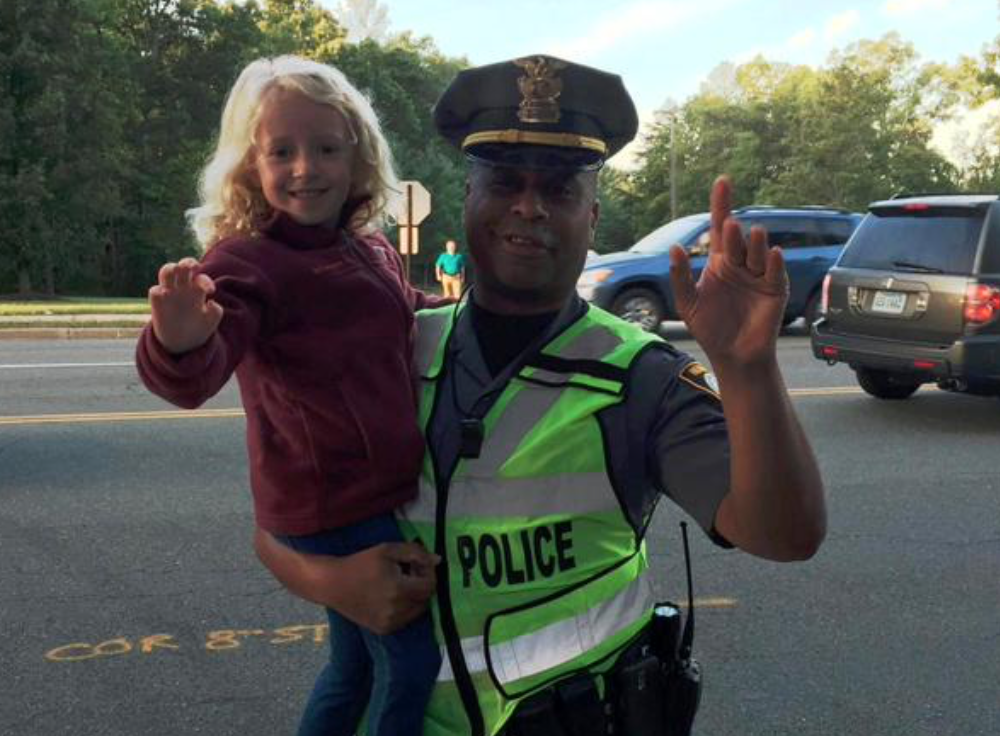 A Henrico County police officer is credited with helping a little girl at Gayton Elementary School in the West End overcome her fear of police.

Tamara Parker says her six-year-old daughter Caroline was afraid of police officers–that is, until Henrico Police officer Michelle Sheehan took time out of her day to visit and have lunch with Caroline.

Parker says the simple gesture “worked magic,” and Caroline now has a much different perception of local law enforcement thanks to her actions. The mother emailed police a photo, taken yesterday during Walk to School Day, of Caroline with an unidentified crossing guard outside her school, along with the following note. 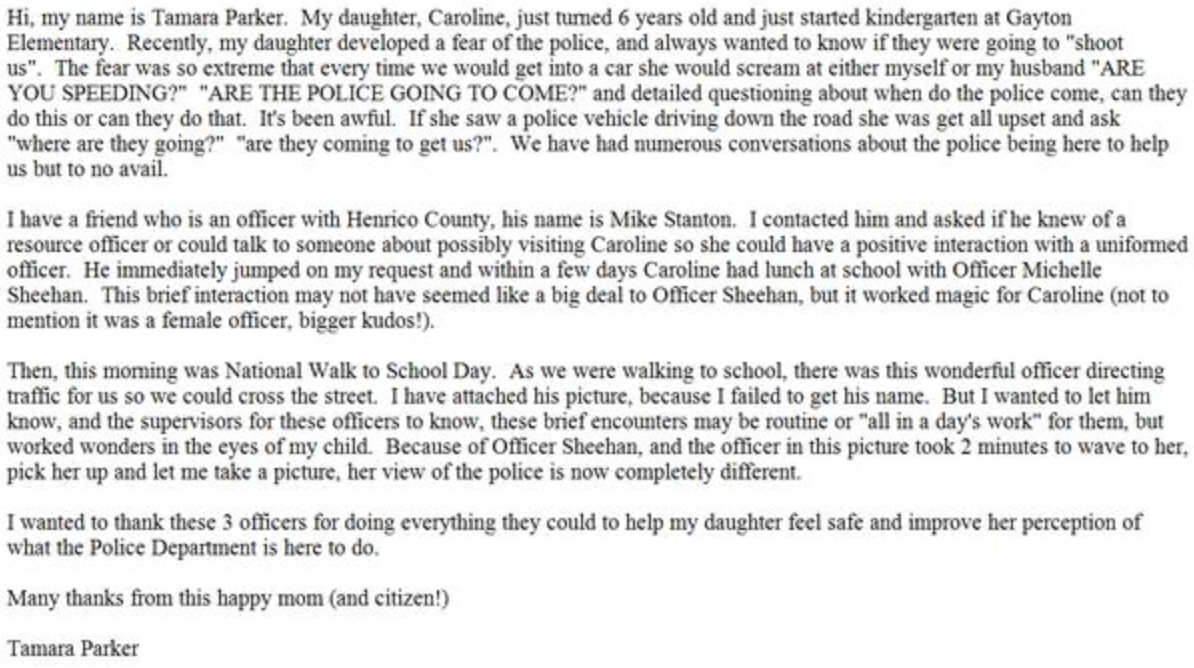