Have you seen this cat?

A cat was found in roughly the same area but the pictures don’t match up. Jeff’s cat has been missing in the fan area for a week now, specifically, at the intersection of Boulevard and Cary. He’s doing all he can to find her including asking if we could post a picture or two. He’s willing to pay a reward so if you’ve seen the cat or perhaps allowed her into your home give Jeff a call at (540) 604-7305. 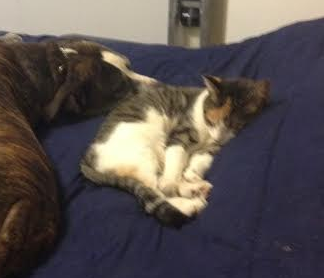