GWARbar is coming to Jackson Ward in 2014 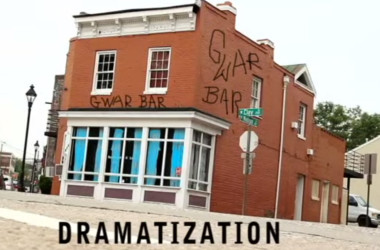 A new restaurant is coming to the neighborhood and they need your help. Later this year, the surviving members of GWAR plan to open GWARbar at 217 W. Clay Street in Jackson Ward.

GWAR guitarist, Mike Derks, recently set up an Indiegogo campaign to raise start-up money for the new restaurant, beer GWARden, and renovations. The goal is to raise $50,000 by June 21.

From the Indiegogo campaign site:

With the untimely passing of our leader, Dave Brockie, we are more determined than ever to make one of his last dreams a reality, the creation of the GWARbar! GWAR has joined forces with Travis Croxton, Richmond’s restauranteur of the year 2013, to do just that. Michael Derks, better known as BalSac the Jaws ‘o Death, will be using his 30+ years of restaurant experience to create a menu and cocktail program unlike any other in Richmond and all of the artist of GWAR will be contributing their talents to bring into existince a dinning enviroment that will make each meal an adventure.

We have found the perfect building in Richmond’s historic Jackson Ward, but we need your help to transform it into a fantasy land of food and beverage that we know it can be. We need a budget to update almost every surface on the interior and exterior of the building, including bars, floors, walls, ceilings and bathrooms. The money we raise on Indiegogo will also be used to help us renovate the kitchen and purchase all the equipment we will need to bring Derks’ vision of “gourmet junk food” to life.

Contributions to GWARbar may be made at Indiegogo.com.

Images from GWARbar and Indiegogo.