Soccer, football, cheerleading, golf, and nutrition were just a few of the activities for kids at this camp. This past week movin’ mania, Bon Secours’ healthy kids initiative, hosted its inaugural Get Movin’ Sports Camp for 50 rising 4th, 5th and 6th graders from East End schools. Get Movin’ was hosted at the Bon Secours Washington Redskins Training Center and is wrapping up today.

movin’ mania partnered with the Richmond Kickers and Richmond Raiders. The players and staff from the two teams spent time with the children teaching a few fundamentals of their respective sports or get a taste of cheerleading. The kids also had an opportunity to hit golf balls courtesy of First Tee of Richmond and Chesterfield. 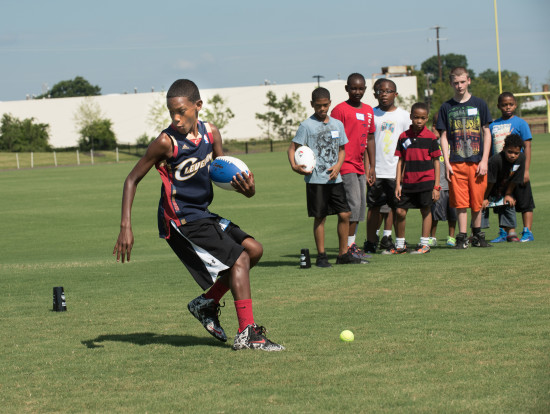 Class-A-Roll, Bon Secours’ mobile learning kitchen was on hand to teach a few healthy eating habits including the mason jar salads you see below. 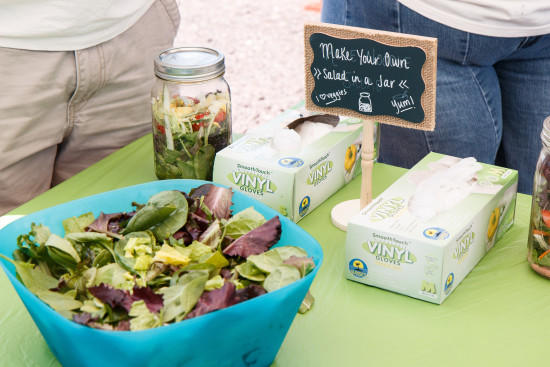 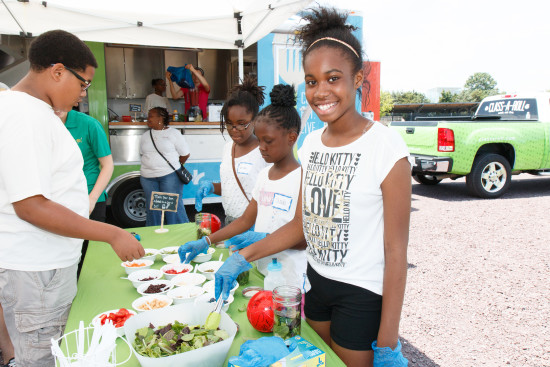