Fatal shooting and arrest made downtown over weekend

Shooting and arrest were made on Saturday. A Richmond man was arrested following an early-morning shooting at a downtown Richmond apartment building that left one man dead and another seriously injured. 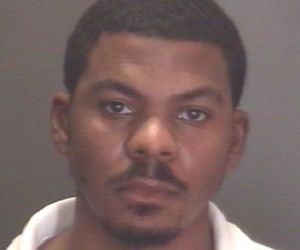 Officers arrested Quinn E. Hazelwood (seen above), 27, of the 1000 block of East Main Street at the scene of the shootings. He was charged with voluntary manslaughter.

Phillip O. Nikolenko, 26, of the 3800 block of Pumpkin Seed Lane, Henrico, was declared dead at the scene.

The other male was transported to VCU Medical Center with injuries described as life-threatening.