Dr. Michael White & The Original Liberty Jazz Band Traditional New Orleans jazz New Orleans In New Orleans’ parlance, “professors” are the great jazz musicians, the individuals who define the tradition in the Crescent City. Dr. Michael White can lay claim to this title on two counts, as both an extraordinary musician and a noted […] 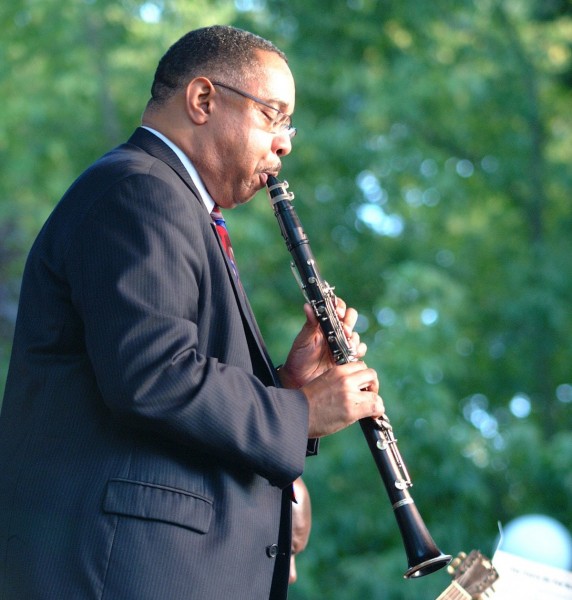 In New Orleans’ parlance, “professors” are the great jazz musicians, the individuals who define the tradition in the Crescent City. Dr. Michael White can lay claim to this title on two counts, as both an extraordinary musician and a noted scholar. A brilliant clarinetist and preserver of traditional New Orleans jazz, White was awarded the prestigious NEA National Heritage Fellowship in 2008, the highest honor this country bestows on traditional artists. In addition to having revived, performed, and recorded the classic repertoire of Jelly Roll Morton’s Red Hot Peppers and the legendary clarinetist George Lewis, White has created and recorded new compositions that are also becoming classics. He will be performing at this year’s Richmond Folk Festival with his Original Liberty Jazz Band – an impressive lineup of A-List New Orleans jazz musicians.

Born in 1954, White grew up in a family of musicians, including Willie “Kaiser” Joseph, Papa John Joseph and clarinetist Earl Fouche, although he was largely unaware of this musical legacy until he began his own research into jazz as a teenager. He played clarinet in the noted St. Augustine’s High School Marching Band, and befriended the legendary banjoist Danny Barker and family bandleader Doc Paulin, who nurtured White’s talent and introduced him to New Orleans jazz. White delved deeply into the roots of the music, seeking out older musicians and listening to early recordings. He went on to obtain his doctorate at Xavier University, and was named Keller Professor in the Humanities. At the same time he toured widely, making a host of highly regarded recordings that subsequently led to worldwide acclaim. Even with this busy schedule, Dr. White continued to play the second-line parades and jazz funerals that so define the city of New Orleans.

White’s friend, protégé, and long-time collaborator, Wynton Marsalis eloquently explains that Michael White presents this music “…not as the stereotypical ‘Dixieland,’ but as something deeper and richer, textured by the blues – he has highlighted the creative tension of both dignity and flamboyance that characterizes the music at its best.” Marsalis, whose musical relationship with White dates to the 1980s, credits Michael with sparking his interest in the traditional music of his native city. Gambit Weekly went further, linking the two artists as leaders in jazz publishing, “ ‘No other jazz artist, save for Wynton Marsalis, has approached early jazz as something ripe for aesthetic dialogue, challenging time-tested standards with new works to expand the canon.’ ”

When Hurricane Katrina hit New Orleans, Michael White, as so many other musicians in the city, suffered catastrophic losses. His home in the Gentilly neighborhood sat for weeks under eight feet of water, and he lost his priceless collection of rare music books, recordings, sheet music, and antique instruments. Despite the tragic loss, Michael realized that he still has his most important possessions. As he puts it: “I can still teach and play music.”

Since Katrina, White has been a tireless advocate for the musicians of New Orleans and the need for cultural recovery. In 2008, Dr. White released his first post-Katrina recording, entitled Blue Crescent, comprised primarily of original compositions. As he has continued forth, his work earned him the Louisiana Endowment for the Humanities “Humanist of the Year” award in 2010 for his contributions to the state in the wake of the hurricane, and over the course of his life.