Developer bakes up new use for historic Interbake Foods factory

The former Interbake Foods factory on North Boulevard was converted to loft apartments in a $24 million rehabilitation project. For nearly 80 years, the Southern Biscuit Works (also later known as FFV and Interbake) baked cookies and snacks at its iconic baking facility off North Boulevard, near Scott’s Addition.

Now, thanks to a $24 million rehabilitation project undertaken by The Rebkee Company, Commonwealth Architects, Branch and Associates, and The Capstone Contracting Co., the 255,000-square-foot bakery is now a residential community featuring 178 apartments, known as the Cookie Factory Lofts.

The building celebrated its grand opening this past weekend.

Cookie Factory Lofts isn’t Commonwealth Architects’ first project in the neighborhood. The firm also oversaw the transformation of the nearby building that would eventually house the Bow Tie Movieland at Boulevard Square multiplex.

The original Southern Biscuit Works Company was founded in Richmond in 1899 and opened the Boulevard factory in 1927. Mere years later in 1939, the Southern Biscuit Company became an officially licensed baker of Girl Scout cookies, the scent of which wafted through the air for decades to come.

The distinctive illuminated rooftop sign has been restored as part of the rehabilitation and once again brightens the Richmond skyline. Residents are moving into the first phase of completed units. Though the enticing aroma of freshly baked cookies will no longer drift through the neighborhood, architectural remnants of the building’s history have been incorporated into the new design.

“The large floor plates and raw industrial nature of the building made it ideal for conversion into contemporary living spaces,” said Lee Shadbolt, a principal at Commonwealth Architects. “The juxtaposition of requirements for modern lifestyles against the historic fabric of the building create a dynamic environment.”

Given the industrial nature of the building, the urbane interiors are an unexpected mix of the old and the new. Concrete columns, industrial maple floors, stained concrete floors, and brick walls are the backdrop for units that have high-end finishes, granite countertops and bamboo cabinetry.

More information about the new project is available on the building’s website. 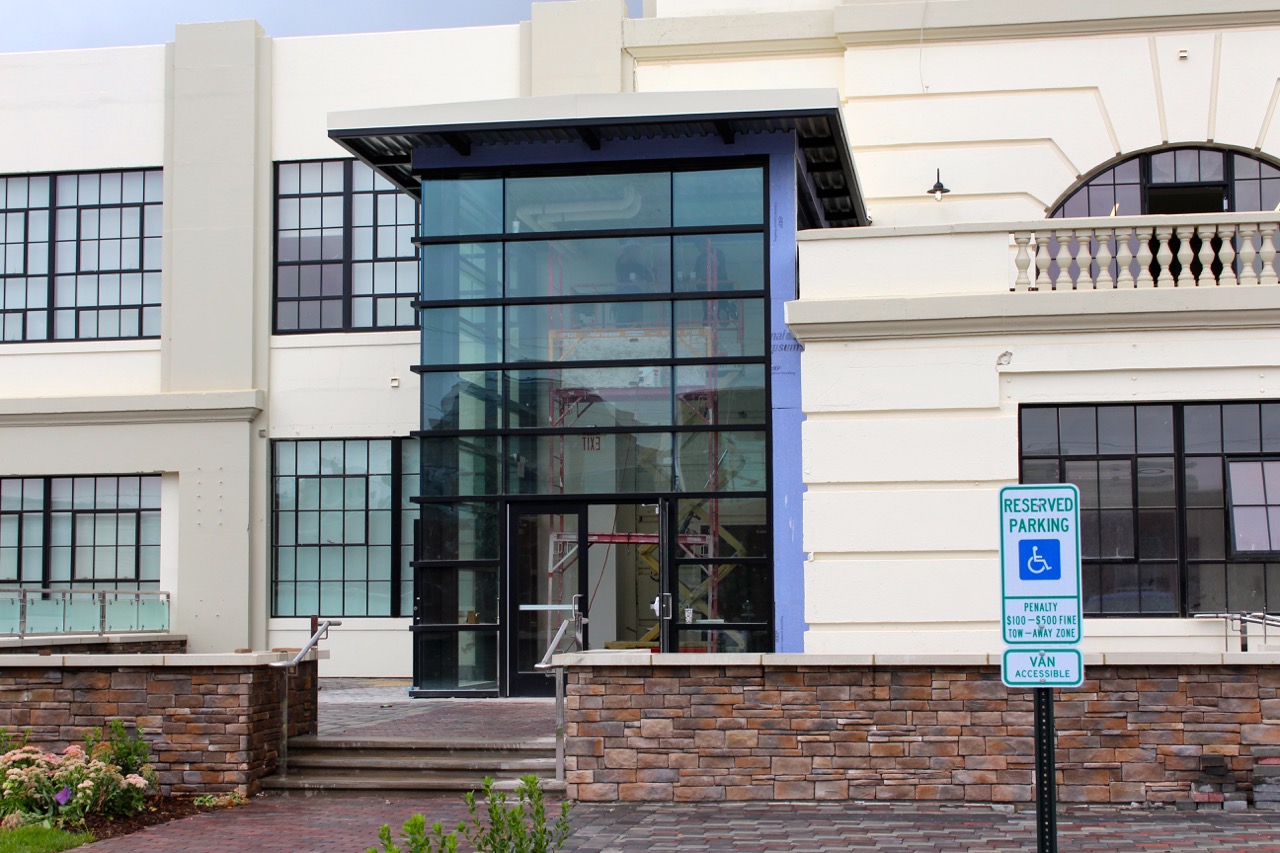 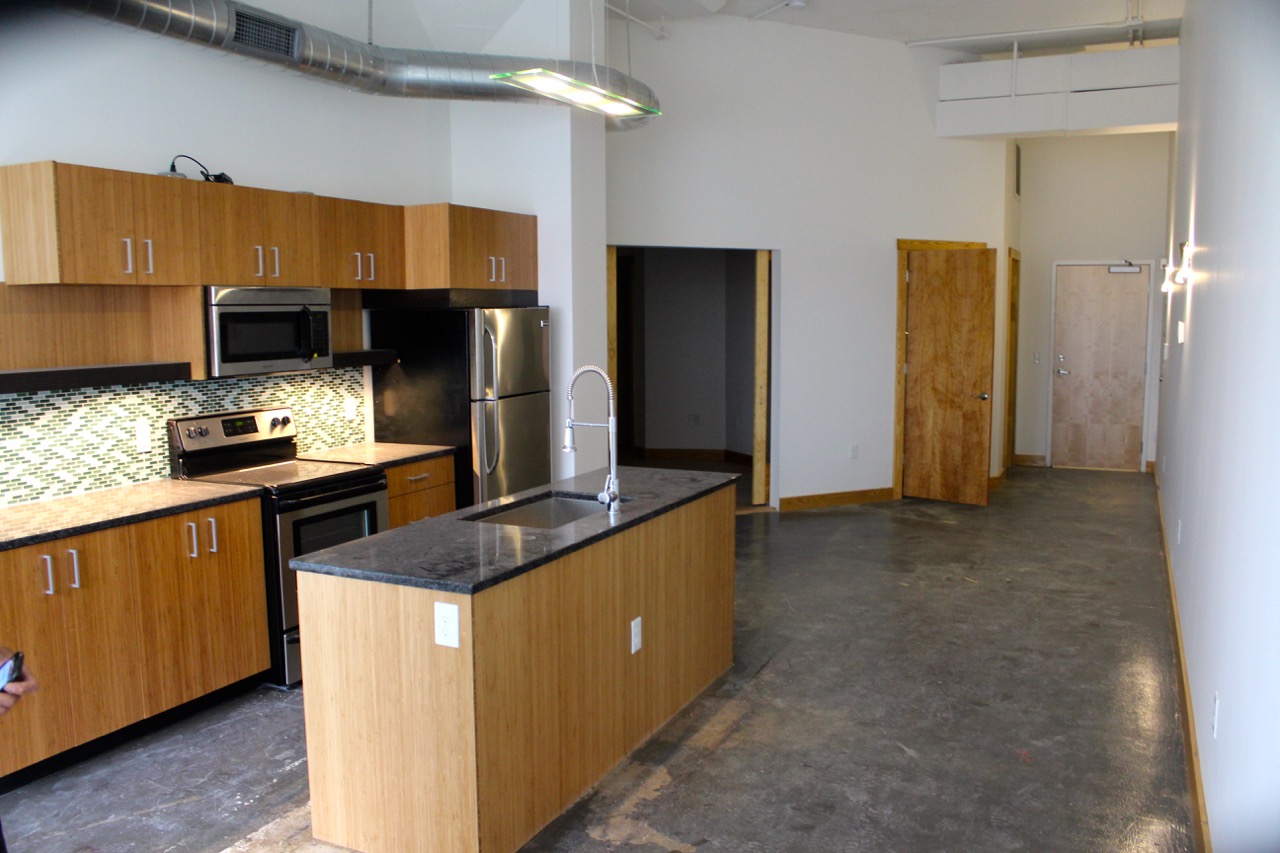 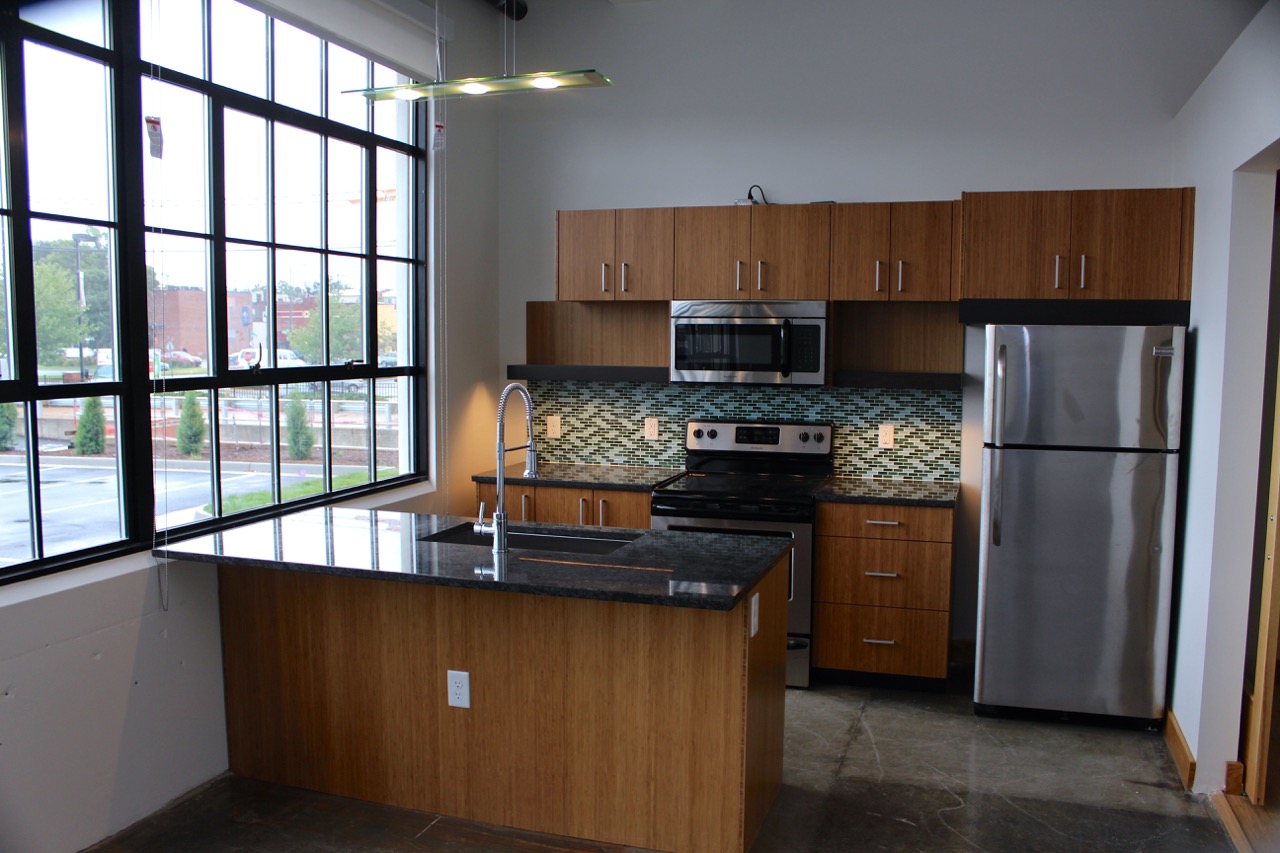 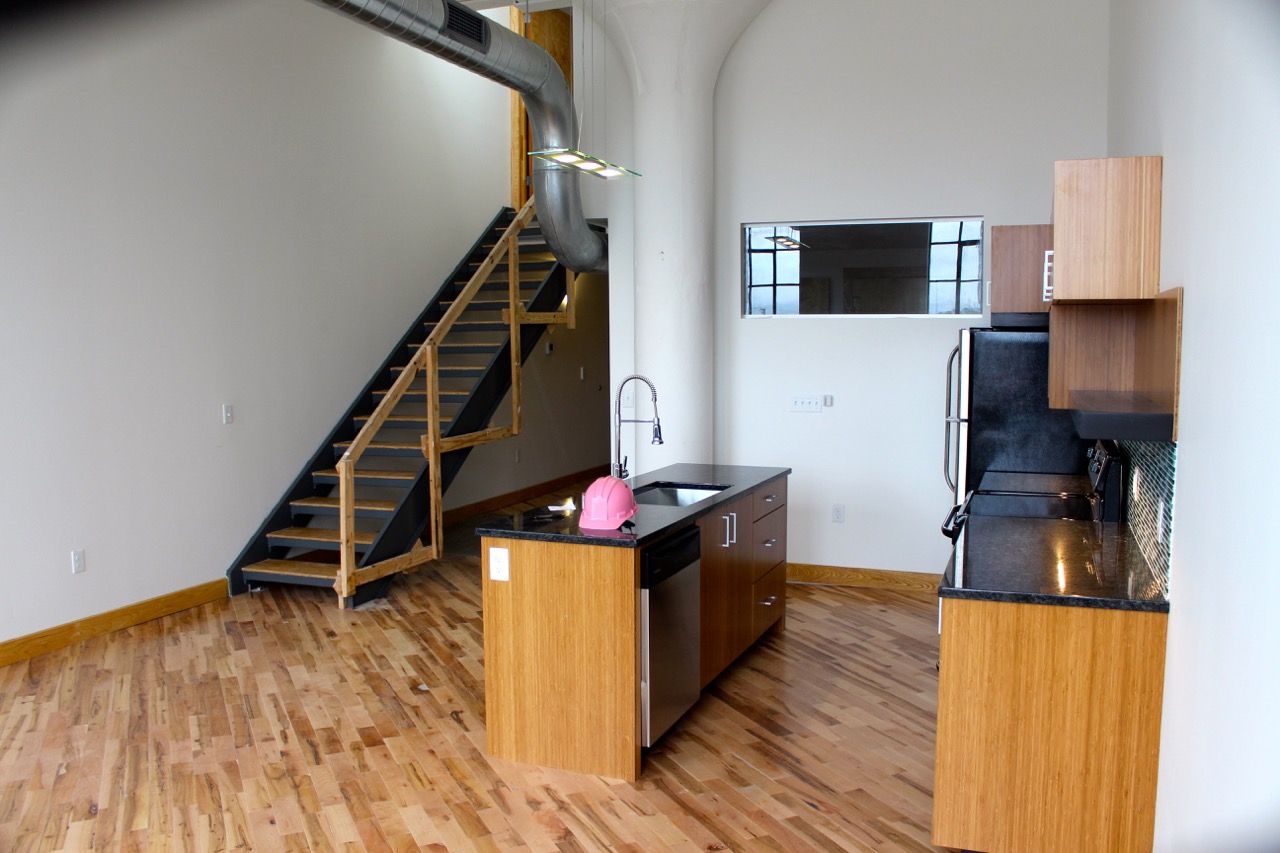 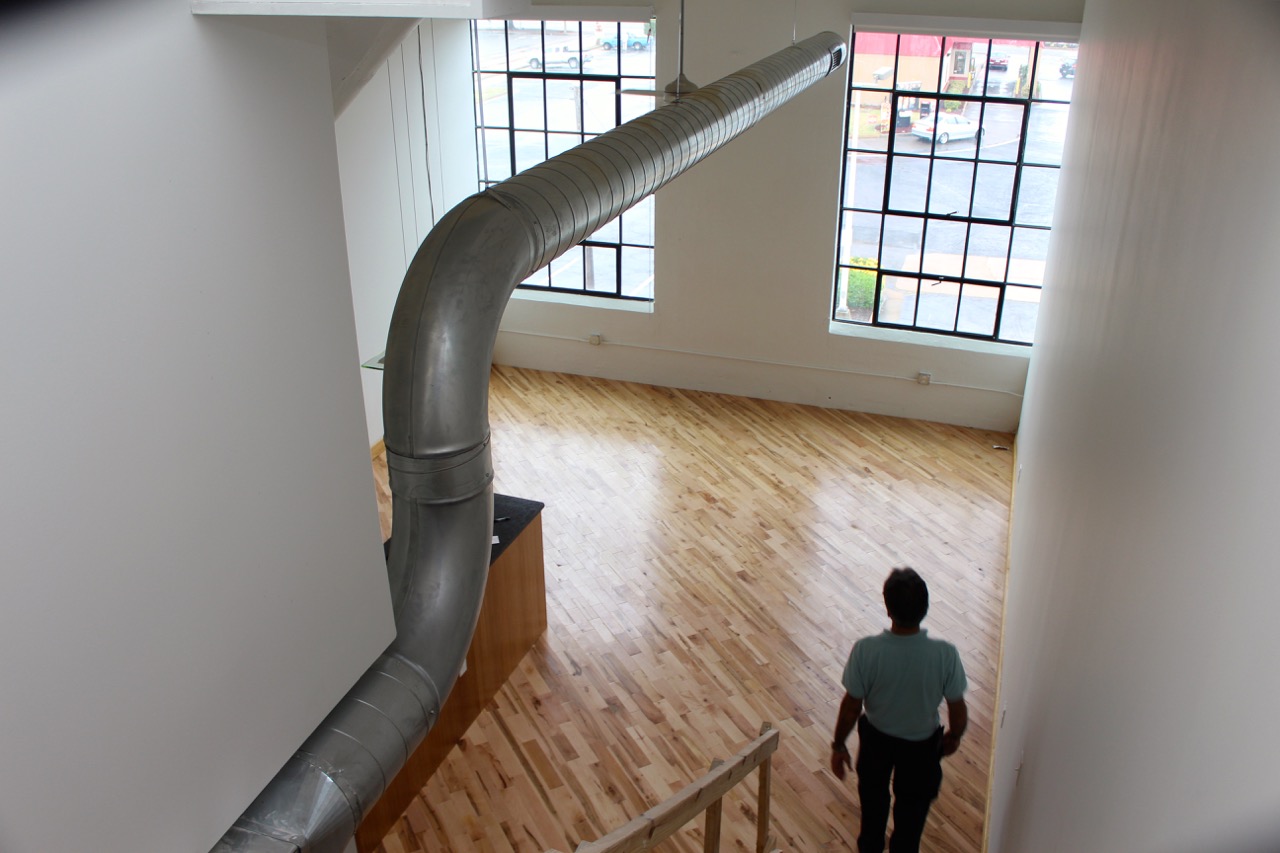 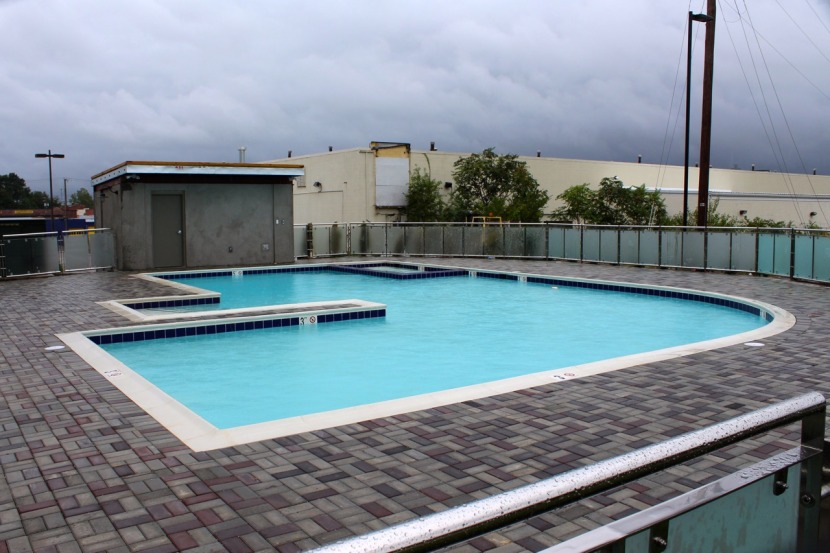