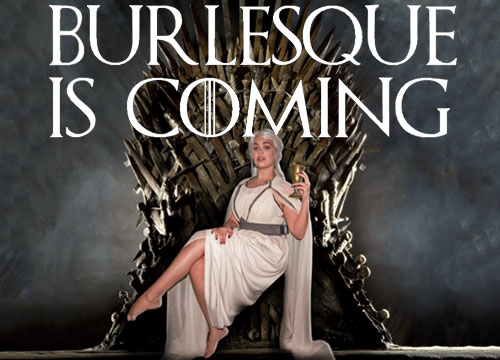 Burlesque with a “Game of Thrones” twist. Yes, Burlesque is coming. On Saturday, September 6, performers will present a “sultry and sexy, fun and farcical take on the characters from HBO’s hit show, ‘Game of Thrones'” at the Gottwald Playhouse at Richmond CenterStage. Doors open at 8:00 PM and the show will begin at 9:00 PM. Must be 18 years or older to attend.

“The show highlights burlesque performances with “Game of Thrones” characters like Cersei Lannister and Namyria the direwolf. Burlesque is Coming will be hosted by Ego Von Hubris in character as King Joffrey Baratheon as Gottwald Playhouse will turn into the seven kingdoms of Westeros.”

The cast will include:

This show is supported by Stangeways Brewing, Good Dog Grooming Studio, Refuge For Men, Richmond Taylor Rental Party Plus, and The Answer Brewpub.

On Friday, September 5, the performers will team up with Coalition Theater for a “night of hilarity and hi-jinx as they kick off their Mid-Atlantic tour.” The show will be hosted by Ego Von Hubris as Joffrey Baratheon and will feature Coalition improvisers. Tickets are $12 (plus fees.) 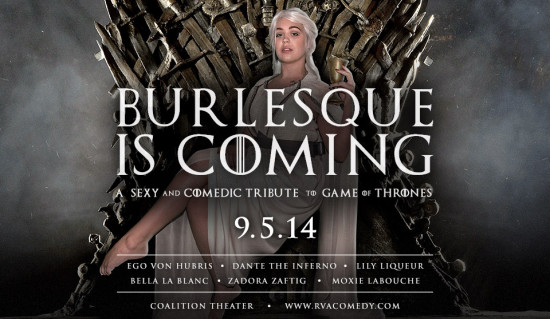 Images from Coalition Theater and CenterStage