The German discount chain is entering the Richmond market in full force, with plans for six locations. In what seems to be an increasingly crowded Richmond grocery market, a new brand is coming to town in a big way, and it might not be what you’re used to in terms of shopping.

With such aggressive expansion plans, it may be hard to believe Aldi had humble beginnings. The store’s roots go back to the City of Essen in the German state of North Rhine-Westphalia. Brothers Karl and Theo Albrecht started the chain in 1946 when they purchased their father’s grocery store, which had been in business since 1913. 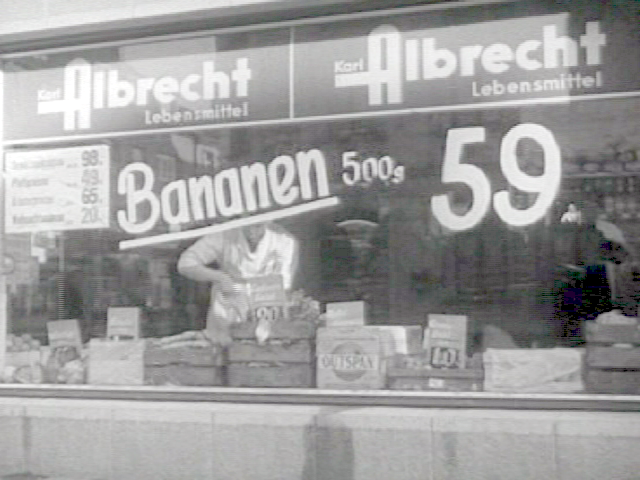 By 1960, the two had expanded their father’s business into a 300-store chain known as Albrecht Discount–later shortened to Aldi–and split the company into two groups, Aldi Nord and Aldi Süd, each of which expanded into separate international areas in the 1960s and ’70s.

In the United States, Aldi Süd operates the Aldi brand, while Aldi Nord operates as a brand most of us are more familiar with in the U.S.: Trader Joe’s.

Aldi is a lean, money-saving machine, which goes to great lengths to operate as efficiently as possible, and in turn passes along the savings to its shoppers. 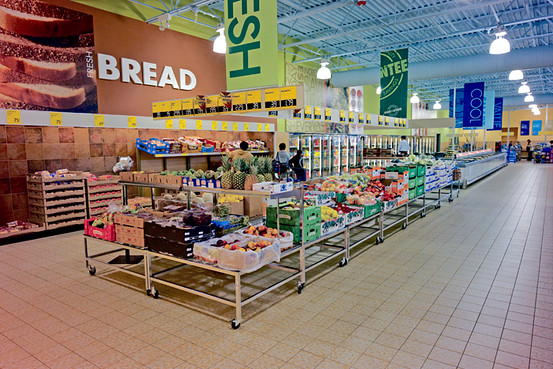 The first thing you’ll notice when walking into an Aldi store is the way the carts are presented. You’ll need to deposit a quarter in order to “rent” a shopping cart. Don’t worry, upon return of your shopping vessel, you’ll get your 25 cents back. The grocer says this practice helps reduce labor costs by not requiring an employee to collect and return carts from the parking lot.

Perusing the aisles of the store, you’ll start to notice some similarities between Aldi and its cousin, Trader Joe’s. The chain stocks primarily its own in-house brands, which they claim can shave up to 50% off shoppers’ grocery bills versus national brands.

If Aldi does carry a brand-name product, you’ll most likely have only one or two to choose from, which allows for a smaller store footprint. Aldi stores average around 15,000 square feet, a far cry from U.S. competitors such as Kroger, which has in recent years opened new locations around Richmond well exceeding 100,000 square feet.

When it comes time to check out, you’ll notice two more cost-cutting initiatives. First, to cut down on processing fees, Aldi doesn’t accept credit cards (much like warehouse club Costco). Cash, debit, and EBT cards (food stamps) are all accepted.

Want traditional paper or plastic bags? They’ll cost you 10 cents apiece, so you might want to consider bringing your own reusable bags from home. And hey, they’re a lot better for the environment anyway (among other things, as Aaron Williams pointed out in Day #069 of his 100 Days to a Better Richmond project.

Making a Splash in Richmond

The behemoth chain is entering the Richmond market with a vengeance, with plans for six area stores–on both Parham and Staples Mill Roads in the West End; on Boulevard in the city; on Forest Hill Avenue in South Richmond; and one location each at a yet-to-be-announced spot in Mechanicsville and Chesterfield County. 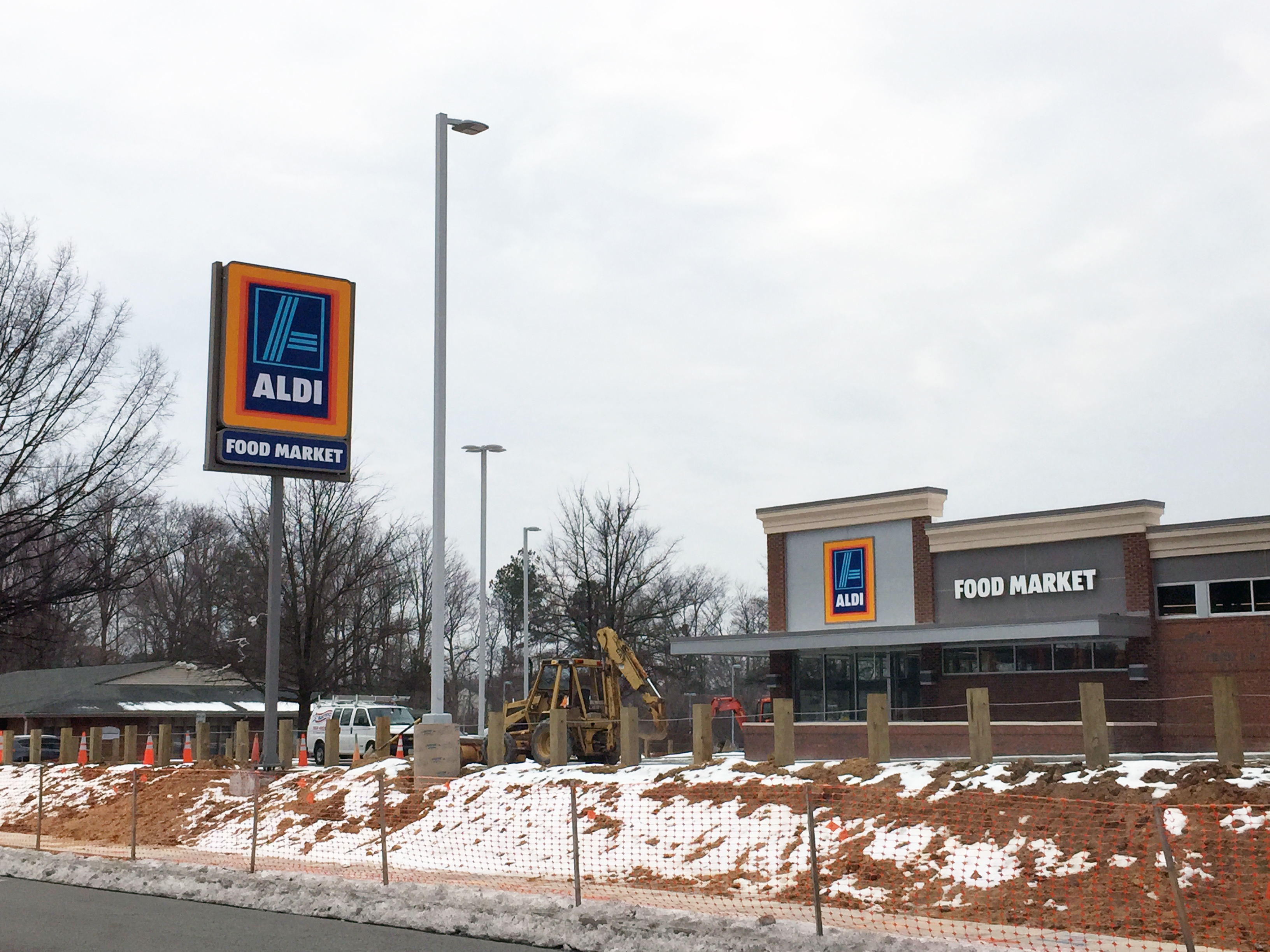 The Parham Road store–which was built on the site of the former Topeka’s Steakhouse near Regency Square Mall–is nearing completion and is expected to be the first Aldi store to open in town.

Will Aldi shake up the Richmond grocery market? It’s difficult to say.

Kroger and Walmart, who have both made aggressive expansion plans in the Richmond area, also showed strong gains. Updated statistics should be available in June of 2015.

Though the chain’s stores are small, Aldi’s focus on value and savings will make their entry into the market one that will be interesting to watch.