Wildlike: Find yourself in the Alaskan wilderness

The Richmond International Film Festival is proud to be screening the first feature film from Frank Hall Green. We’ve seen the whole thing, and wooooo boy, is it worth watching! “I knew my first feature would be set in the outdoors,” understates Frank Hall Green, whose film, Wildlike, covers an immense amount of ground. Like, actual ground. Intensely beautiful, sweeping, lush yet stark vistas of ground.

Green and his wife took a trip to Denali in 2003, and they could never quite get it out of their heads. After successfully establishing himself in show biz as a producer and writer and short-film director, it didn’t take long for Green to decide exactly what piece of outdoors he wanted his first feature film to inhabit. 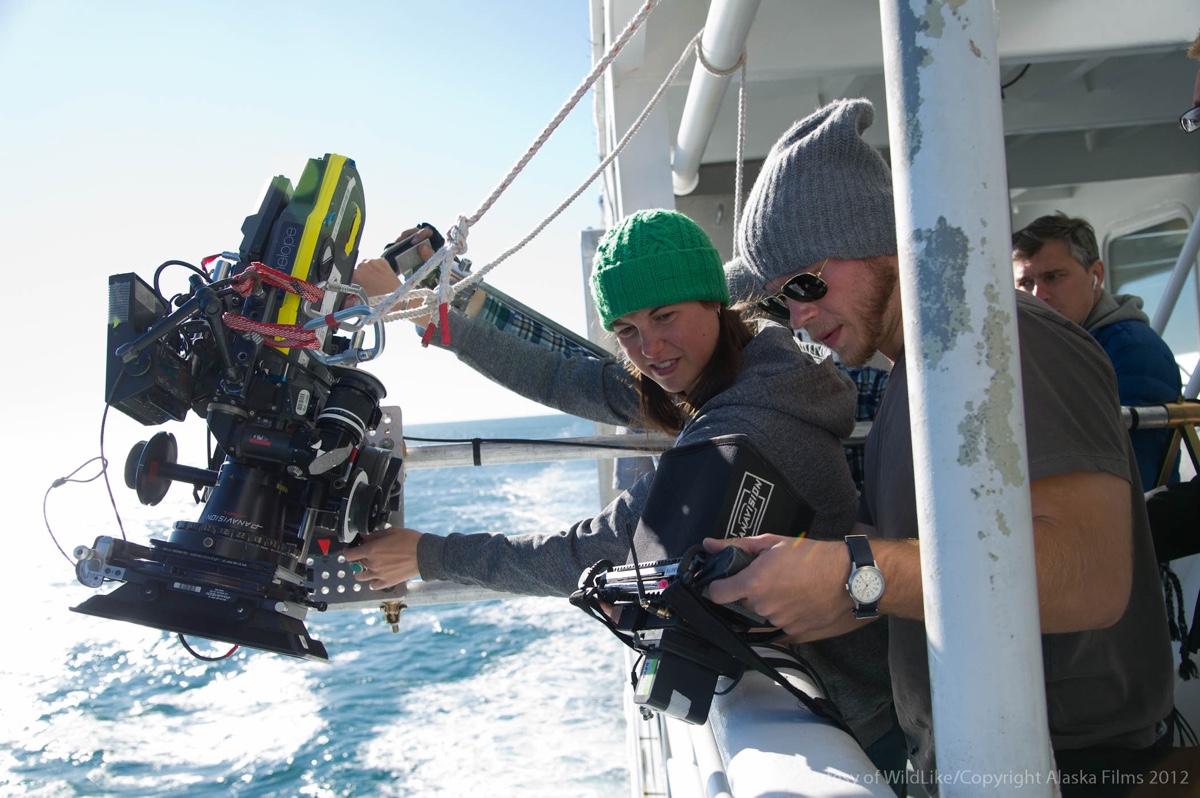 Director of Photography Hillary Spera gets some ferry shots.

“At the same time, I kept coming back to the idea to do something about sexual abuse and misogyny in general. One of the things that struck me several years ago when I started learning more [about sexual abuse]–all the victims really suffer lifetime damage,” Green explains about the jumping off point for Wildlike. “And then as I researched it more, I learned that the frequency of these events is not reported accurately.”

Wildlike‘s protagonist, Mackenzie (played by Ella Purnell) is, for all intense and purposes, unloaded onto an uncle who lives in Alaska. She’s a vulnerable 14-year-old with a newly dead father, her mom’s in some sort of mysterious and vaguely selfish-seeming treatment in Seattle, and she’s basically got no one in her corner.

Disappointingly, her uncle takes advantage of this situation. And in an especially tense scene in a particularly beautiful setting, Mackenzie gets the hell out of Dodge.

“The story of someone running into the outdoors and finding something there. I kind of put all the pieces together right at the same time. This is something she can run from and somewhere she can run to,” says Green.

Ella Purnell was 15 when she began filming. Her tendency to chew on her sleeves while her enormous eyes avoid contact is so perfectly troubled teenage girl that, if you’ve been a teenage girl yourself, you immediately recognize and unearth the discomfort, the anger, and the confusion you felt when you realized that adults sure know how to let someone down. 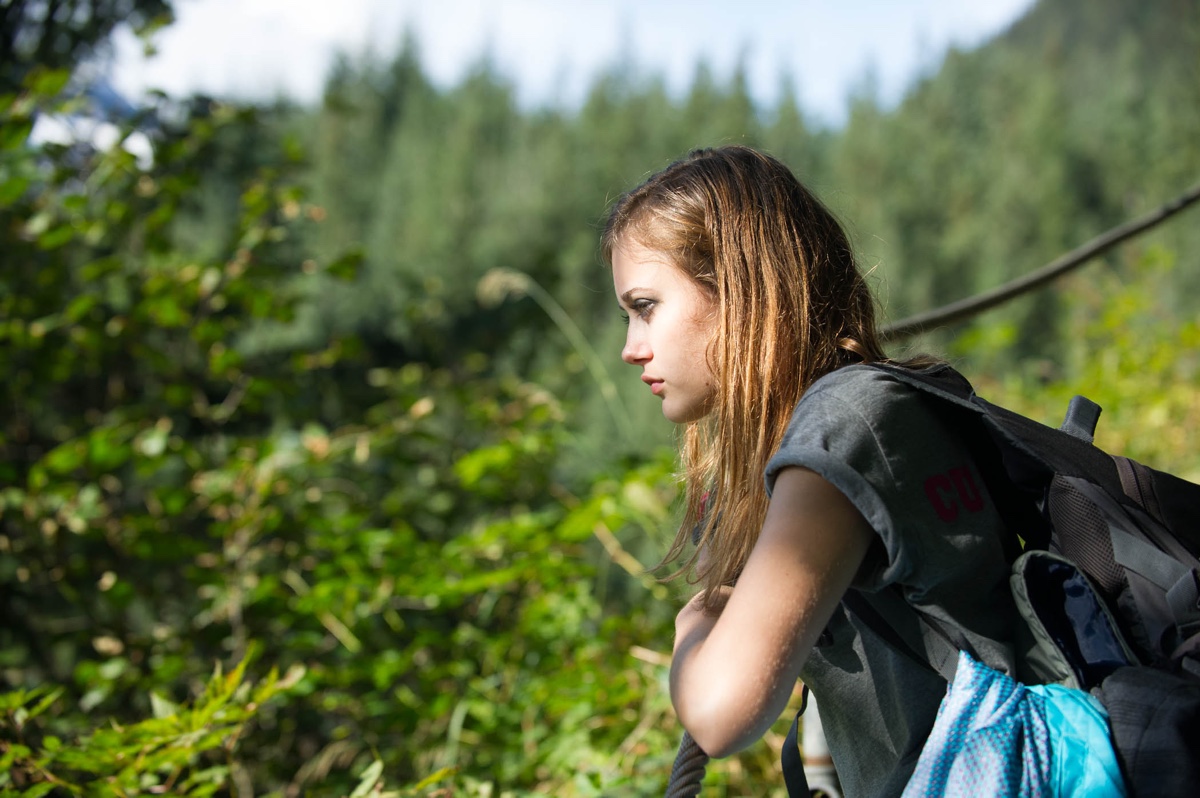 Ella Purnell during a break in filming

Green had auditioned a number of Disney and Nickelodeon actresses for the part, and nothing really clicked. They were too polished, and he knew the role required something more raw. He came back to his hotel room after a round of auditions in Los Angeles and caught some of Mark Romanek’s Never Let Me Go, in which Purnell plays Keira Knightley’s character’s younger self. Green had one of those “That’s it! That’s my Mackenzie!” moments that you see in films about filmmaking, and shortly thereafter, the actress was on board.

The cast for Wildlike is not large, but predominantly male: Mackenzie’s uncle (never named), Bart (who you could maybe call a friend and sometimes protector, played by Bruce Greenwood), Tommy (a guy closer to her own age who she awkwardly attempts to manipulate using some of this newfound knowledge of her own desirability, played by Nolan Gerard Funk), and some other guys along the way. The lack of females is intentional, says Green, because of Mackenzie’s struggle with trust. She has to react to these men in order for us to see her grow and heal.

My favorite character in the film is the one other female (apart from Mackenzie’s absent mom)–Ann Dowd plays Jeanie, a kite-flying enthusiast who just interacts with Mackenzie as if they were both 100% regular people. Sounds not super fascinating, I know, but in a movie where you have to constantly worry about everyone’s motives, Jeanie’s genuine and relatable attitude opens up floodgates of relief. Mackenzie–and you, probably–feel safe for the first time since the film began.

Back to Bruce Greenwood, the film’s most seasoned and celebrated actor. Saddled with a tricky character who has to evolve as the movie progresses, Greenwood nails the combination of exasperation and skittishness that has to contrast with Purnell’s own difficult blend of desperation and defiance. As happens in the best cases of these scenarios, Greenwood’s experience elevated everyone else in the production, including Frank Hall Green. 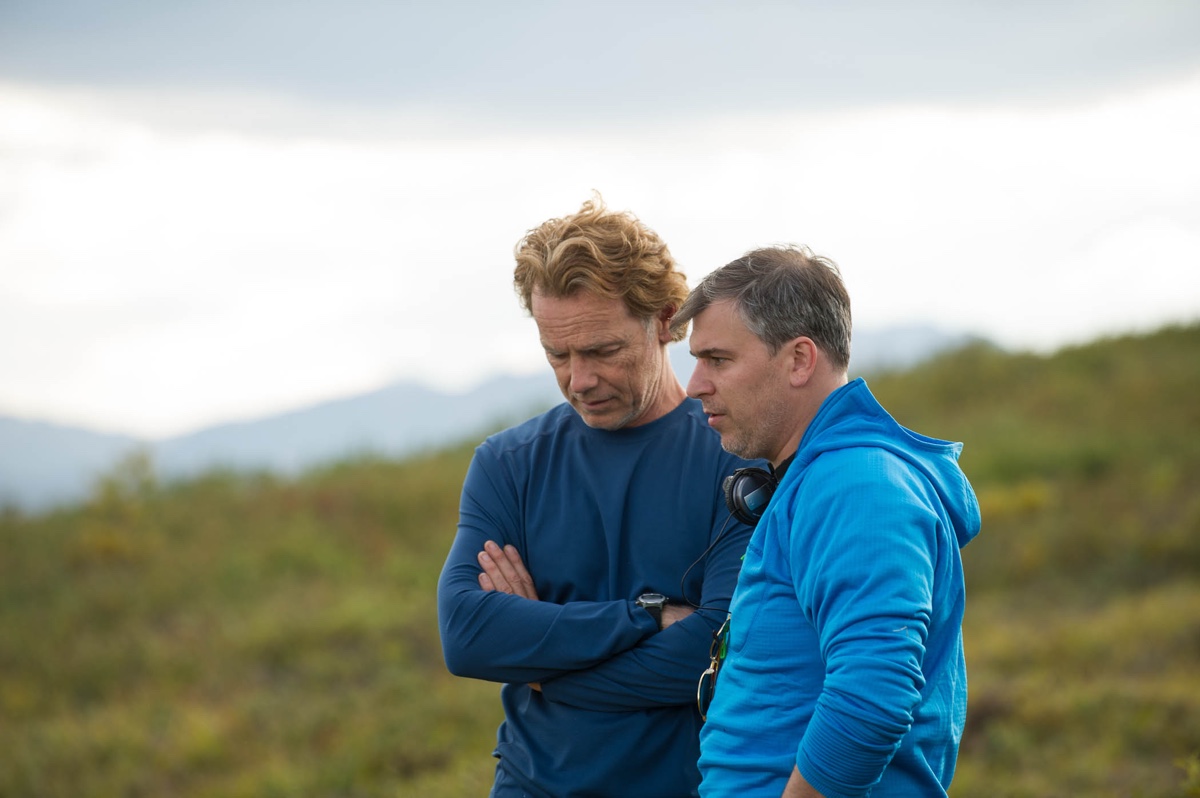 The two connected via phone, and Greenwood began to grill Green on the characters, challenging him on some issues he had with the way Bart was written. This attention to detail extended to an in-person script read that took two days–examining every single line and the motivation behind it. A pivotal scene was entirely rewritten. “We both wanted the movie to seem like an unbelievable journey that’s believable. He knows exactly what he’s doing, he knows where the camera is, and he knows where to turn his head just to catch the right amount of light.”1

The Richmond International Film Festival includes movies from all over the spectrum–premieres, films that are just getting started in the festival circuit, and ones that have been around the globe and back already. Wildlike falls into the latter camp, having appeared at around 50 festivals already. An Atlanta native, Green was interested in taking the film southward. 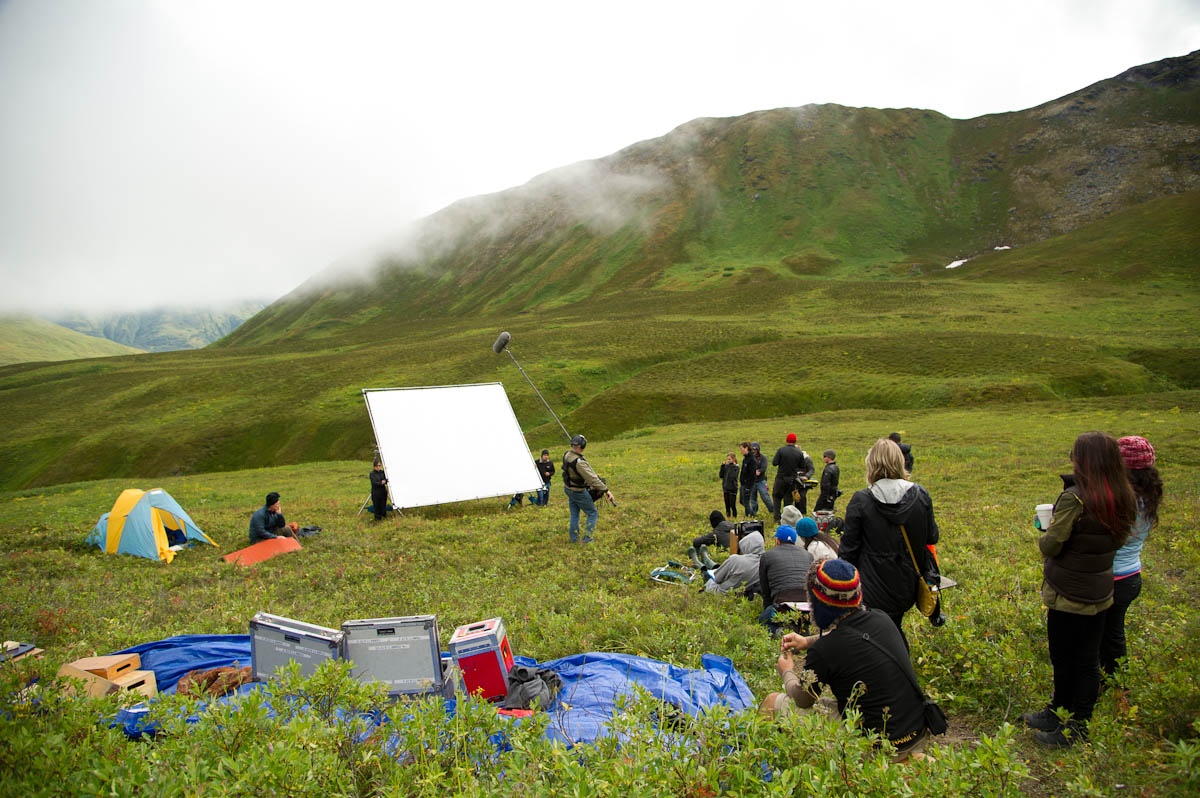 Making a movie in Alaska, which, says Green, is a seriously fun thing to do.

And as far as audience reaction goes, Green wants us to go home impacted by how intense the issue of sexual abuse is, and how easy it is for it to be swept under the rug. “Because Mackenzie’s silent and because she won’t talk about it, that’s why the movie happens. That’s why she runs away and runs into Bart. Their relationship is unconditional–he’s really not trying to get anything from her, and because of that she doesn’t have anything to fear from him,” he says. “The strongest message is that people have to work together to heal each other whether they realize it or not.”