Week of movies! The Desolation of Smaug, White Christmas, and Dances with Wolves

Spend your week watching movies! This week: The Hobbit: The Desolation of Smaug, a Christmas classic, a 90s classic, and more. Peter Jackson returns with The Desolation of Smaug,1 part two of his The Hobbit trilogy. Smaug picks up where the previous one (An Unexpected Journey) left off and joins our merry band of dwarves, hobbit, and wizard as they adventure about, attempting to reclaim their dwarven home of old from the terrible dragon Smaug.

I’ll be honest with you guys, I liked this one pretty OK! Peter Jackson’s style—which is a very pronounced style—fits way better with the quirky, more adorable Hobbit material than it did with the serious biz of Lord of the Rings. Smaug hits a nice balance of romance,2 jokes, adventure time, and terrifying dragons—it’s enough to keep you satisfied without forcing you to ever think too hard about what’s going on. Kate from Lost (Evangeline Lilly) and Orlando Bloom star in just about the best ranged-weapon battle scene I’ve ever witnessed, and Smaug is an incredible collection of pixels.

And please, please, please go see this in HFR 3D. Yes it looks weird, and yes it takes a while to get used to, but it’s clearly the director’s intent. Plus, I’m still convinced that HFR is The Future, and our progeny will look at regular-frame-rate films and wonder how we lived with such blurry movies. —R

For whatever reason, this holiday classic missed our house when I was growing up, which doesn’t make a whole lot of sense, considering that the only movies we owned on VHS were Gigi, Oklahoma!, and Camelot. Tired of everyone around me going “Snow! Snow! Snow! Snow!”, I finally watched the dang thing a few years ago, and reveled in the wonder that is Danny Kaye cutting a rug with Vera-Ellen. “Sisters” is a classic, as is “Blue Skies” and of course, the title track, but when it comes down to it, White Christmas is kind of a sentimental piece of fluff. Think of it as the Love, Actually of the 1950s. Only not an enormous travesty. —S

If you don’t know about the Up Series, now is your chance to move your brain, your body, and your very soul over to the other side (…where people know about the Up Series). Here’s the gist: a filmmaker in the 1960s rounded up a group of British kids “from all walks of life” and talked to them about what they wanted to be when they grew up, how they felt about people of different races, how they liked school, that kind of thing. These same kids get interviewed every seven years about largely the same topics, and we see how their minds have changed. Spoiler alert: nobody likes it when you hold them to weird racist crap they said when they were in first grade. The entire thing is streaming on Netflix, and you’ve really gotta watch it from the very beginning to appreciate it. If only because they play the same clips from them year after year, so that by the end of the series, you have a bunch of hilarious jokes with whomever lives in your house (“Turn round now, Tony, turn round.” “I read the Observer AND the Times.” “WOT’S UNIVERSITY?”)

In the latest installment, everyone is annoyed with the series for basically ruining their lives. It’s delicious. My favorite character, Tony, still takes the cake, weeping about how much he loves his grandkids and building pools everywhere. —S

I’d have already forgotten Colin Trevorrow’s little film about letting go of your past if it weren’t for the solid performances by three of my favorite sitcom actors. And when somebody puts April Ludgate, Brendan Deslaurier, and Nick Miller (the second most adorable actor while Josh Hutcherson lives) in a movie, you’d have to be an idiot not to pay attention. This film is Indie Movie: The Indie Movie from start to about 60 seconds from the finish—dry humor, quirky characters, self-discovery, disappointment, geeks bonding—it’s all there. Aubrey Plaza’s character pretends to go along with a mildly crazy guy’s scheme to time travel, just so she and her boss (Jake Johnson) can write a thing about it for their magazine. The crazy guy (Mark Duplass) is humorous yet full of pathos, and he’s impossible not to like. Plaza plays herself, but she’s impossible not to like. And Johnson, well, if you don’t like him I don’t know how to help you. It’s like Safety Not Guaranteed is pushing you—willing you—to give up your eye-rolling and embrace this dream team. —S

This classic epic (or at least, epically long) film brings us back to a troubled time in America’s history—a time when we kept clamoring for more and more Kevin Costner. “Star in films!” we said. “Direct them! Be Robin Hood, it’ll turn out great!” Is it because an entire generation of stay-at-home moms were hoodwinked into believing that dullard was some sort of exciting, sexy creature? Judging from the amount of times his naked butt appeared in these films (too many to count, because the idea of counting them makes my stomach upset), that must have been the case. Anyway, he directed Dances with Wolves in an Oscar-winning way. It’s a good movie, and it really set the tone for a lot of the sprawling, noble, machoism-reclaiming flicks of the 1990s—Braveheart, Saving Private Ryan, Gladiator, Rob Roy, Last of the Mohicans, etc. etc. etc.

THAT SAID, DwW is at times strikingly beautiful and heart-wrenching, with a consistent, solid plot. Twenty-three years later (yikes), it’s easy to roll your eyes at some simplified white guilt things going on when Lieutenant Dunbar makes his dullard way into the hearts of the doomed Sioux nation. At the time, though, we probably hadn’t given a whole lot of thought to exactly how damn wasteful we all were with those poor buffalo. –S 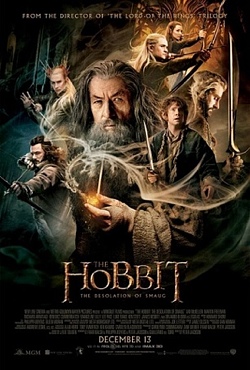