Walk through any of the older neighborhoods around Richmond (of which there are many) and you’re likely to pass at least a few buildings that have a story or two to tell. With the help of the Valentine Richmond History Center, we’ve done some poking around to find out more about those stories. Here you’ll get a little sampling of some Richmond’s most historic spots – what they once were and what they are now. 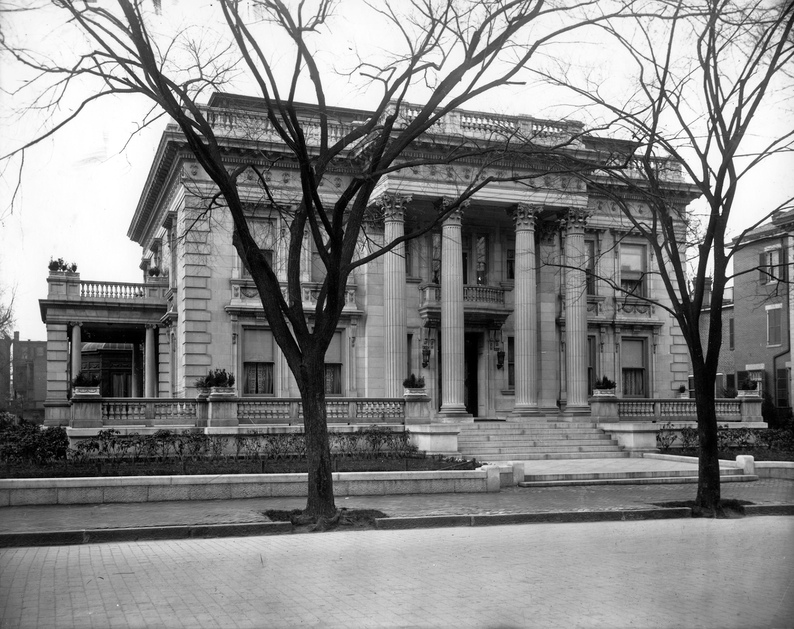 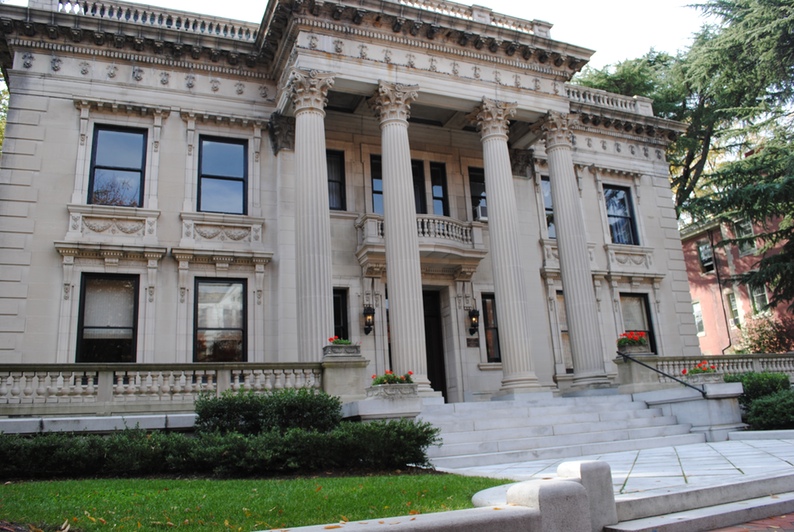 The Scott House was the home of Frederick William Scott co-founder of Scott and Stringfellow, the downtown brokerage and investment firm founded in 1893. The Architectural firm Noland and Baskerville was commissioned to build the house 1906, and construction lasted until 1911.

The Scott House is now the location of VCU’s Vice President’s Office and the Office of Advancement. The strip of Franklin Street where many of VCU’s offices sit was a trendy place to live during Richmond’s rapid industrialization following the Civil War. Much of Richmond’s business elite in the area chose local firms (like Noland and Baskerville) to construct houses on par with their statuses. The design of these buildings reflect Richmond’s architectural shift from late Victorian in the 1870’s through the 1880’s, to the Monumental Classical style (think Parthenon) in the 1890’s through the early 1900’s.

The Scott House was the first structure in Richmond to feature two story columns. It is now on the Virginia Register of Landmarks. 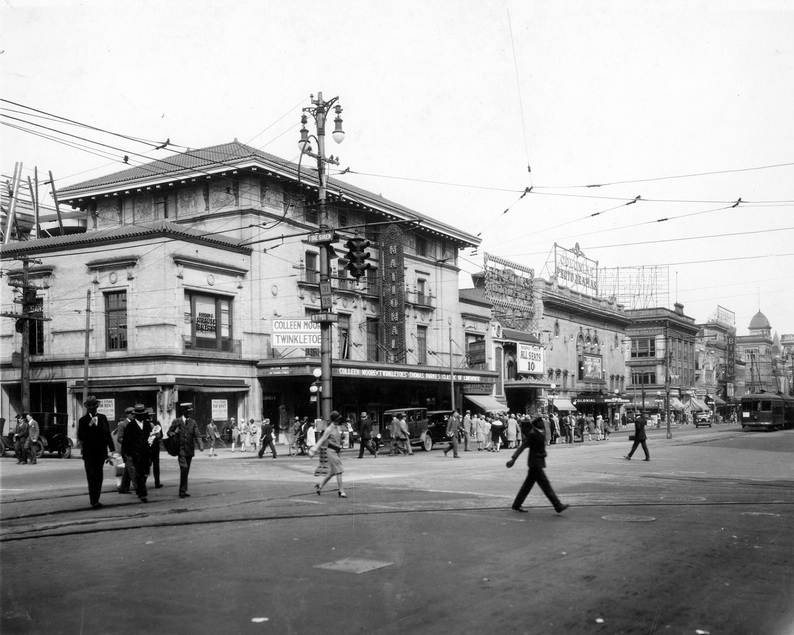 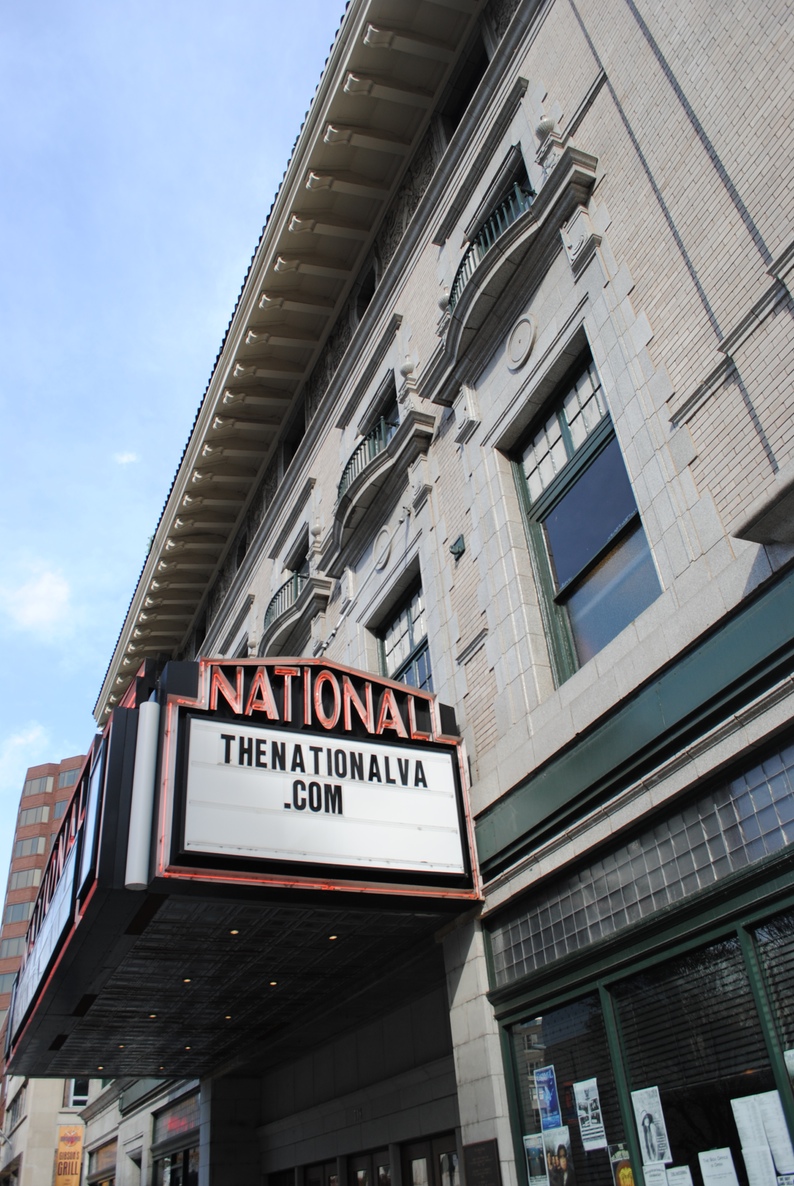 In the early 1900’s, Theater Row was the best place in Richmond for a night out. The strip of nickelodeons and vaudeville theaters spanned the 700- and 800-blocks of Broad Street. The Library of Virginia (located on the 800-block) sits on the former sites of the Bijou, Strand, Lubin, Regent, Isis and Park Theaters. The National, which is now a music venue, was part of Theater Row. Gibson’s Grill (located next to the National) was also part of the strip.

Jake Wells, a former professional baseball player, established most of Theater Row. He became known as the “father of vaudeville in the Southeast,” because of the large chain of theaters he owned in Norfolk, Atlanta, and New Orleans. 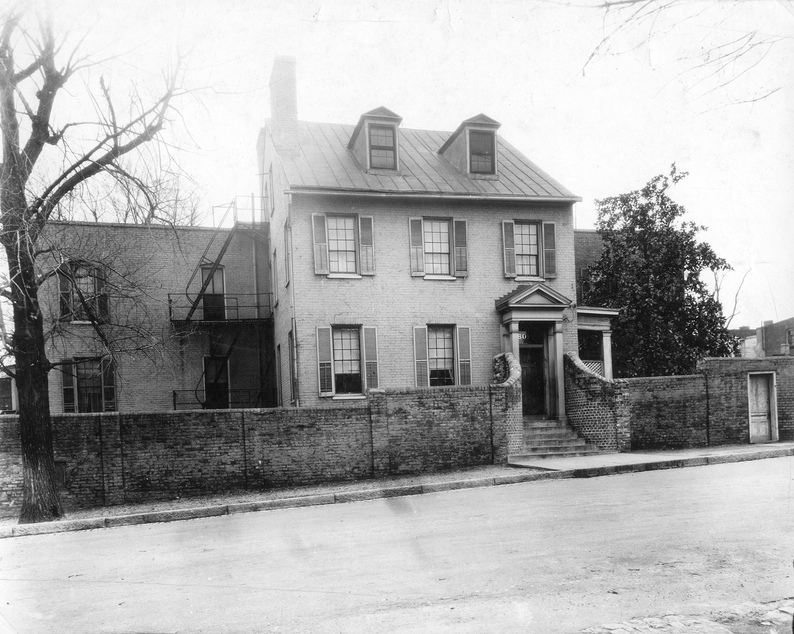 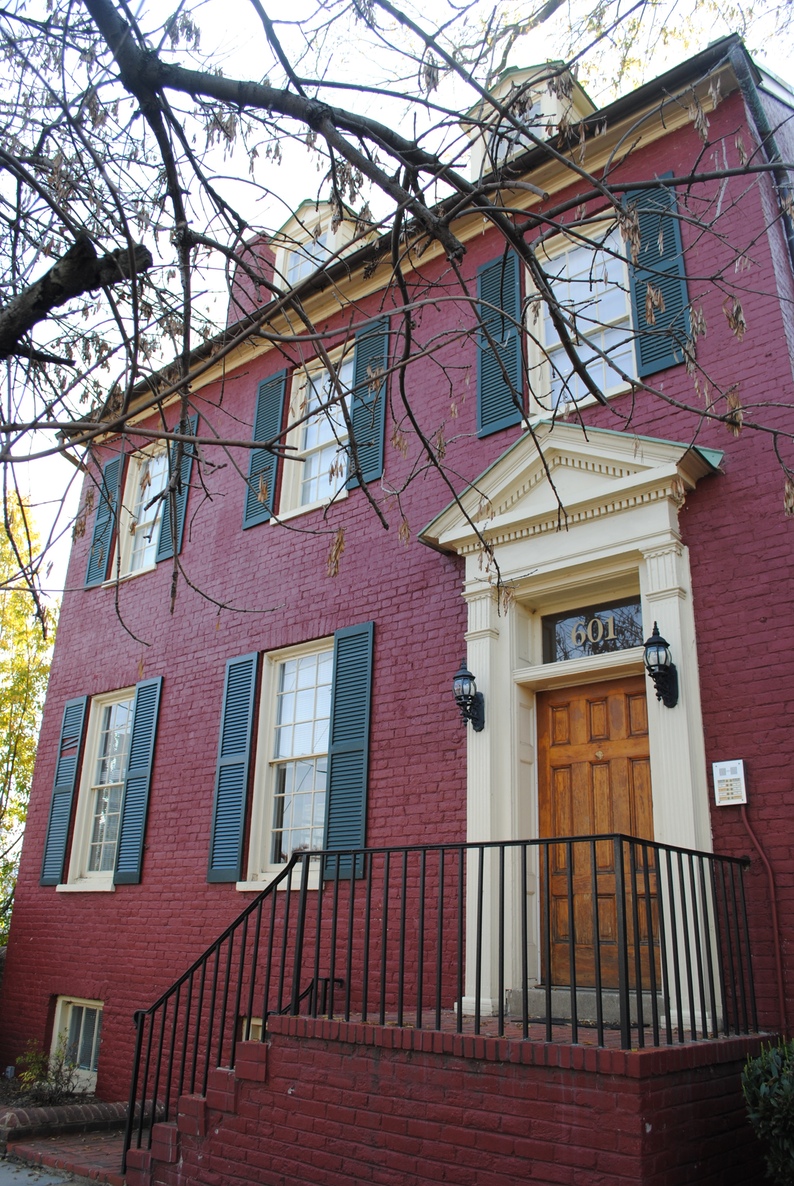 The Parsons House at 601 Spring Street was built in 1819 and was the home of prison reformer and Quaker Samuel Parsons and his family. Parsons was superintendent of the Virginia State Penitentiary, an institution he sought to improve. His commute was not very long; the prison was located across the street from his house on Belvidere near where the Virginia War Memorial now sits.

Parsons worked with other Quaker families in the area to promote abolition and prison reform. The tradition of assisting those in need did not end with Parsons. The family lived in the house through the 1820’s, and after a series of occupants in 1874, it became the Spring Street Home, a refuge for unmarried mothers. After the organization moved in 1932, it became a home for the elderly and was bought in 1948 by the US Welfare department and became a receiving home for foster children. The Parsons House was turned into luxury condos in 2001. 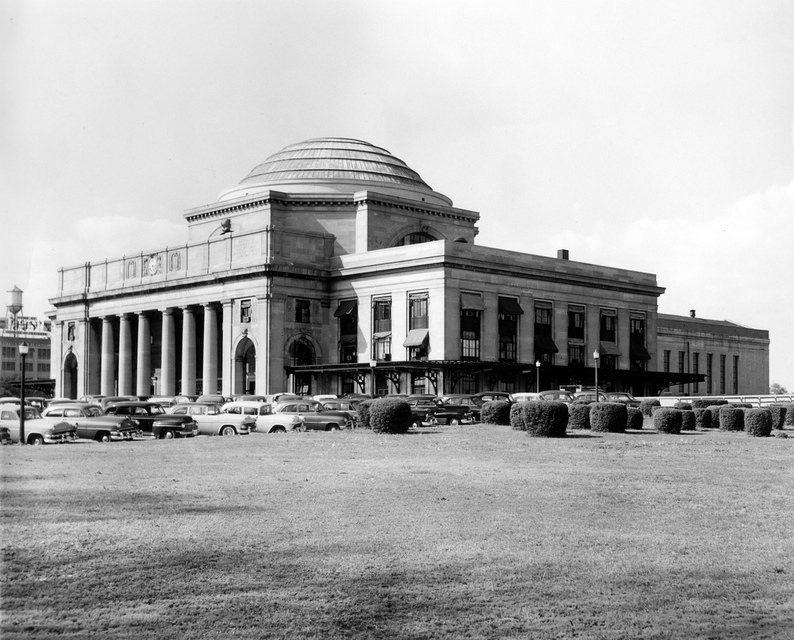 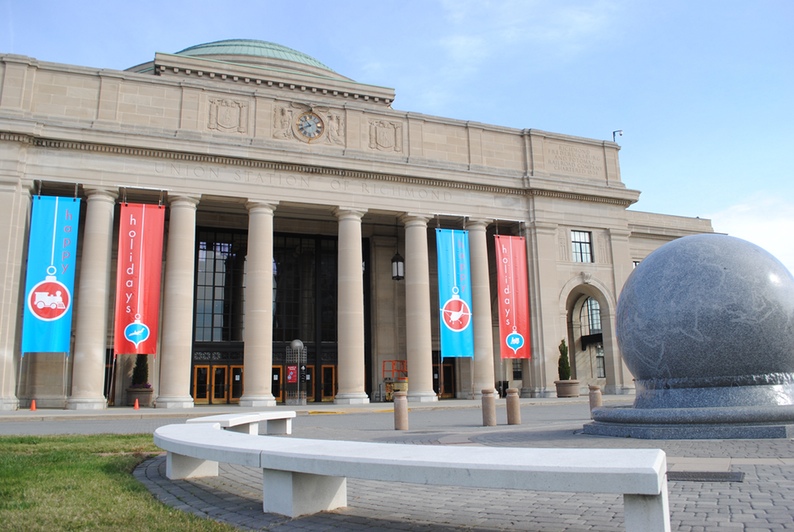 The Science Museum of Virginia was once Broad Street Station, one of the biggest transportation hubs in Richmond. The Station was designed by John Russell Pope and put into service in 1919 by the Richmond, Fredericksburg, and Potomac Railroad (RF&P). RF&P’s passenger service was taken over by Amtrak in 1971. The station was also put on the National Register of Historic Places. Later in the decade Amtrak moved its passenger train service to Staples Mill and sold the Broad Street Station to the State. The last train departed at 4:58 am on November 15th 1975. 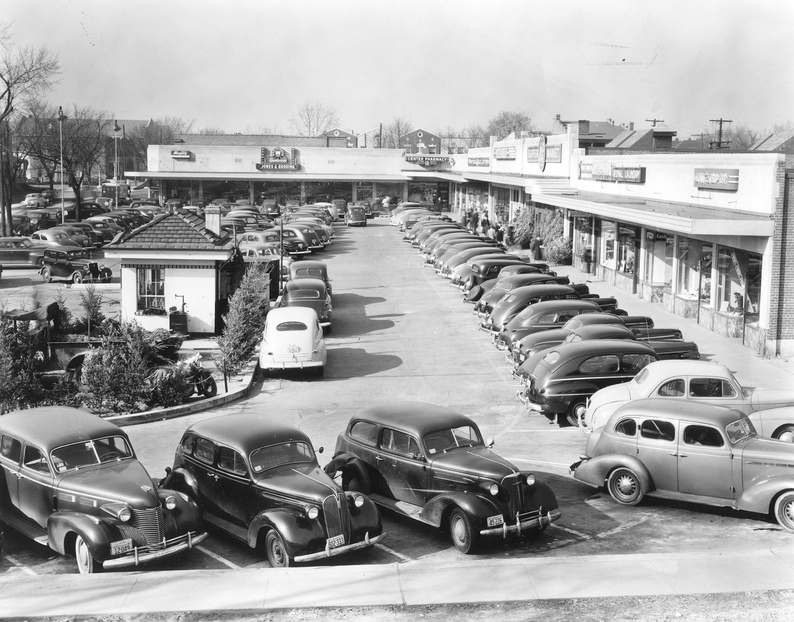 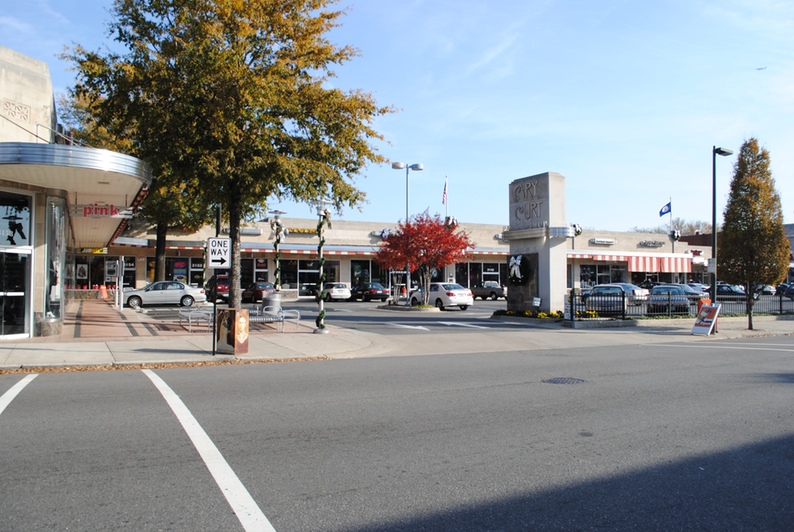 Richmond’s first shopping center Cary Court was opened for business in 1938. The building was designed in the Art Deco style by Architect Henry Carl Messerschmidt and was restored to its former glory in 2003 by Commonwealth Architects. The restoration included getting the structure’s signature aluminum canopy up to snuff. 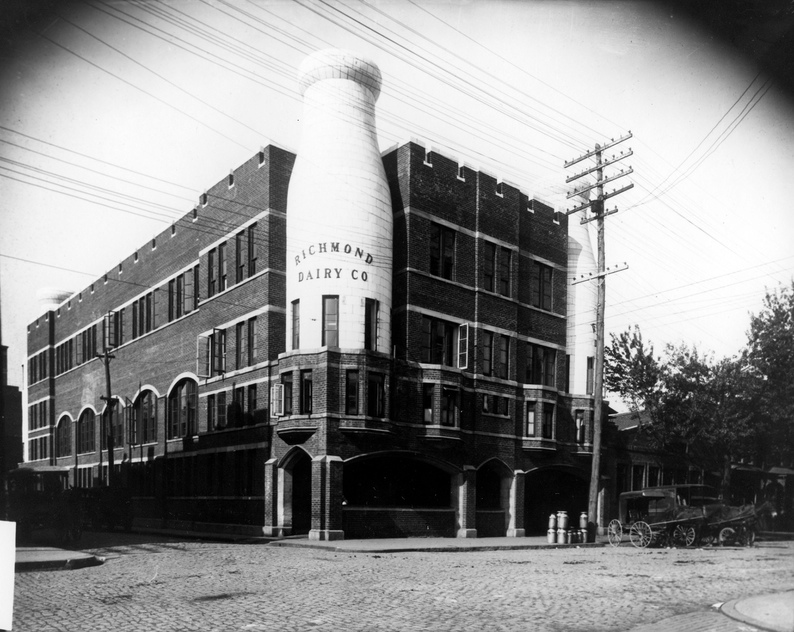 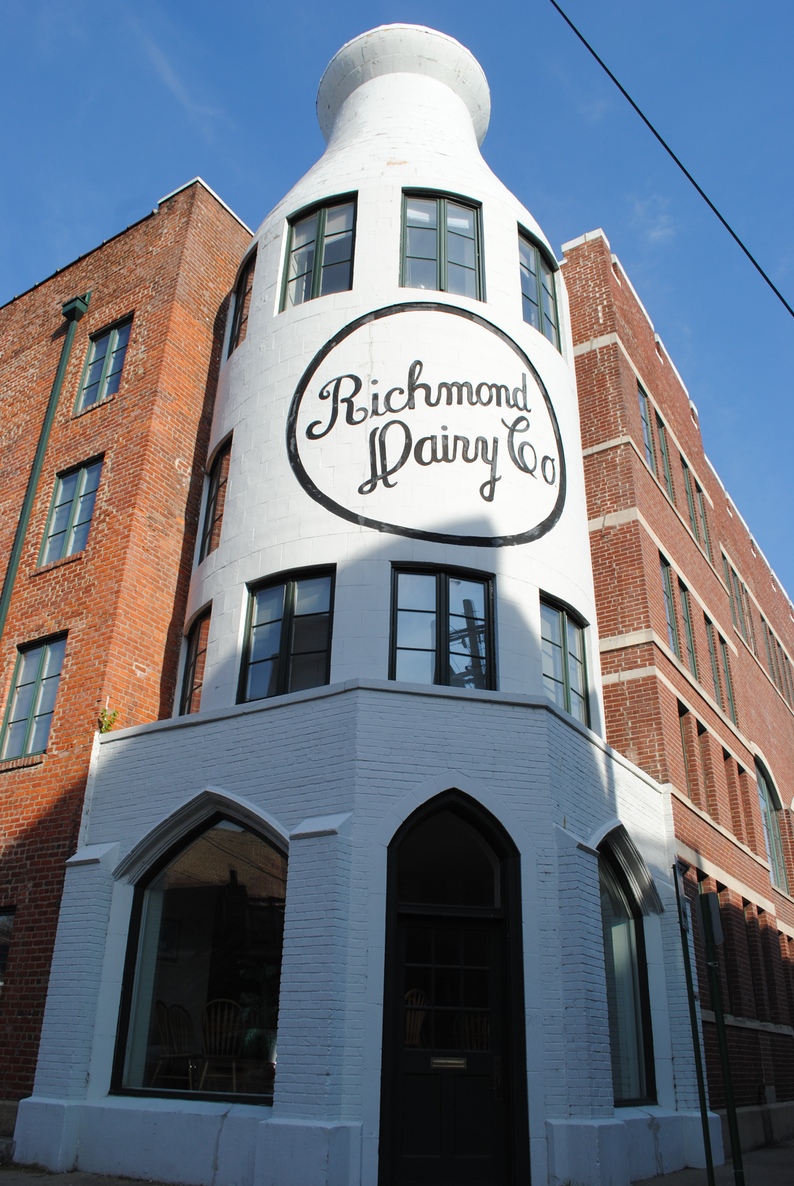 J.O. and A.O Scott and T.I. Blanton formed the Richmond Dairy Co. in 1890. It existed in the nostalgic era of freshly delivered milk and had a fleet that served homes within 25 mile radius in and around Richmond. Its ice cream was sold throughout central Virginia. The dairy closed and was auctioned off in 1970 and is currently houses apartments. 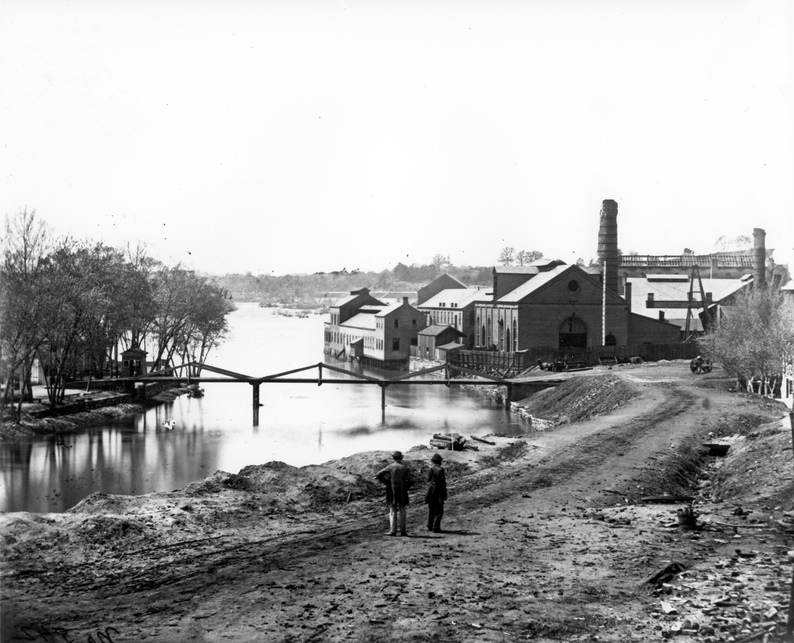 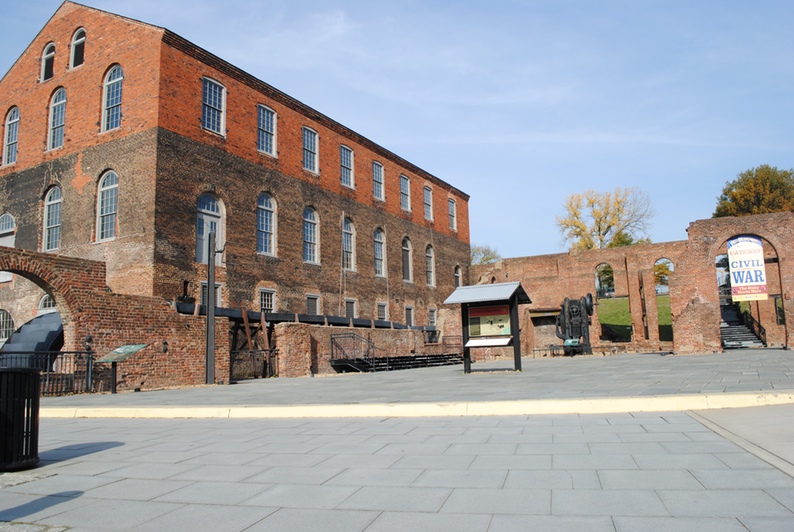 Tredegar Ironworks represents Richmond’s antebellum industry at its height. It was founded by Francis B. Deane in 1836 and was named after a Welsh town. Ownership transferred to Joseph Anderson is 1841. Locomotives, train wheels, spikes, cables, ships and naval hardware, boilers, iron machines, brass items, and canons are just a few that were manufactured at Tredegar. It was an essential part of the Confederate war machine and made armor plates for the CSS Virginia (formerly the U.S.S. Merrimack). The ironworks thrived on the efforts of foreign workers, slaves and, surprisingly, even free blacks and northerners.

Tredegar also cast munitions for later war efforts, including the Spanish American-War, both World Wars, and the Korean War. A fire in 1955 caused the factory to move across the James where it shrank the scale of its operation. The Ethyl Corporation bought the old site in 1957and restored the existing buildings in the 1970’s. After becoming Valentine Riverside and having the National Park Service Visitor center occupy part of the building, it became the American Civil War Center in 2006.

Special thanks to Meg Hughes and Autumn Reinhardt Simpson for helping us track down these photos and to Lesley Bruno for coordinating our archive perusal. If you’re interested in getting your hands on other fantastic old images of Richmond, stop by the Valentine Richmond History Center’s digital archive.