The Lion in Winter: Relationships, man. Henley Street Theatre and Richmond Shakespeare present James Goldman’s The Lion in Winter, a play about family, ambition, and manipulation.

It sounds like kind of a bummer! But somehow in the midst of Goldman’s very, very wordy script is a current of love between Henry II and his estranged wife, Eleanor of Aquitaine. The two are often amused by each other’s ministrations as they puppeteer their sons (who are puppeteering each other) and don’t seem all that upset when they lose a battle. The sense is that their political war is really just about playing the game.

Their sons aren’t quite as seasoned manipulators and are too focused on the goal, instead of just effing cheerfully with their opponents’ minds. As a result, the tension between the two generations is maddening at times, but entertaining.

Anachronistic as all get out–just like I like it!–The Lion in Winter keeps the viewer on his or her toes. You keep expecting Shakespeare to come out of their mouths, what with the wimples and bodices and big castles, but instead they’re just speaking plainly, cracking jokes, and casually mentioning which century they live in (the 12th). 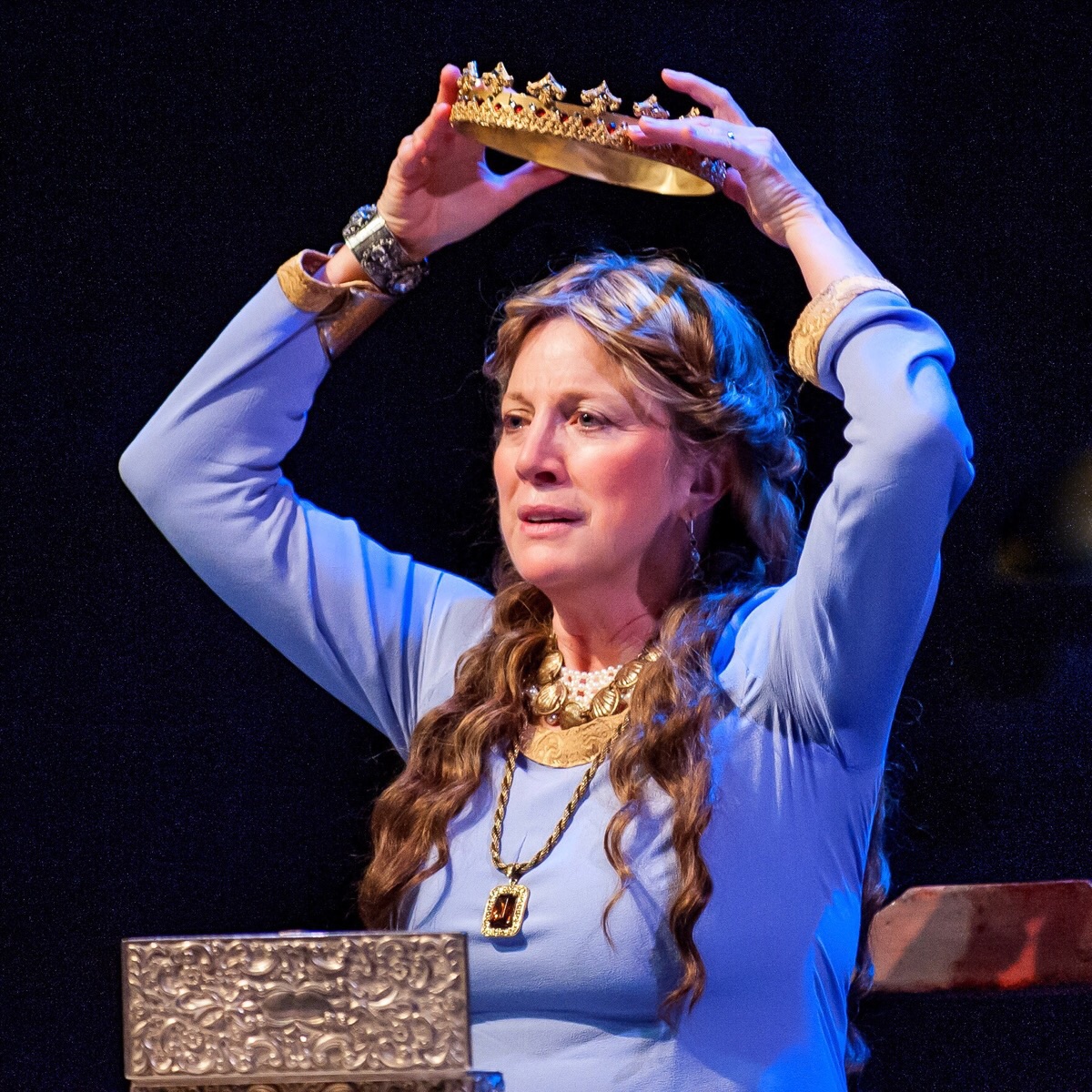 In 1968, two years after the play was first performed, Peter O’Toole and Katharine Hepburn starred in the cinematic adaptation directed by Anthony Harvey. Nominated for several Academy Awards (including a Best Actress win for Hepburn and a Best Adapted Screenplay win for Goldman).

It’s hard to follow up a classic film, particularly when it stars two witty banter experts. But during every single second of the Henley Street/Richmond Shakespeare production,1 David Bridgewater and Melissa Johnston Price are an inspiring team to watch as they battle over which son gets the crown. When they’re not on stage, you want them there. And when they are on stage, you just want them to quit talking and make out already. I mean seriously, the tension is so thick–especially when Henry’s lover, the young Alais (Audra Honaker) is around–their dysfunction becomes a beautiful, romantic thing. 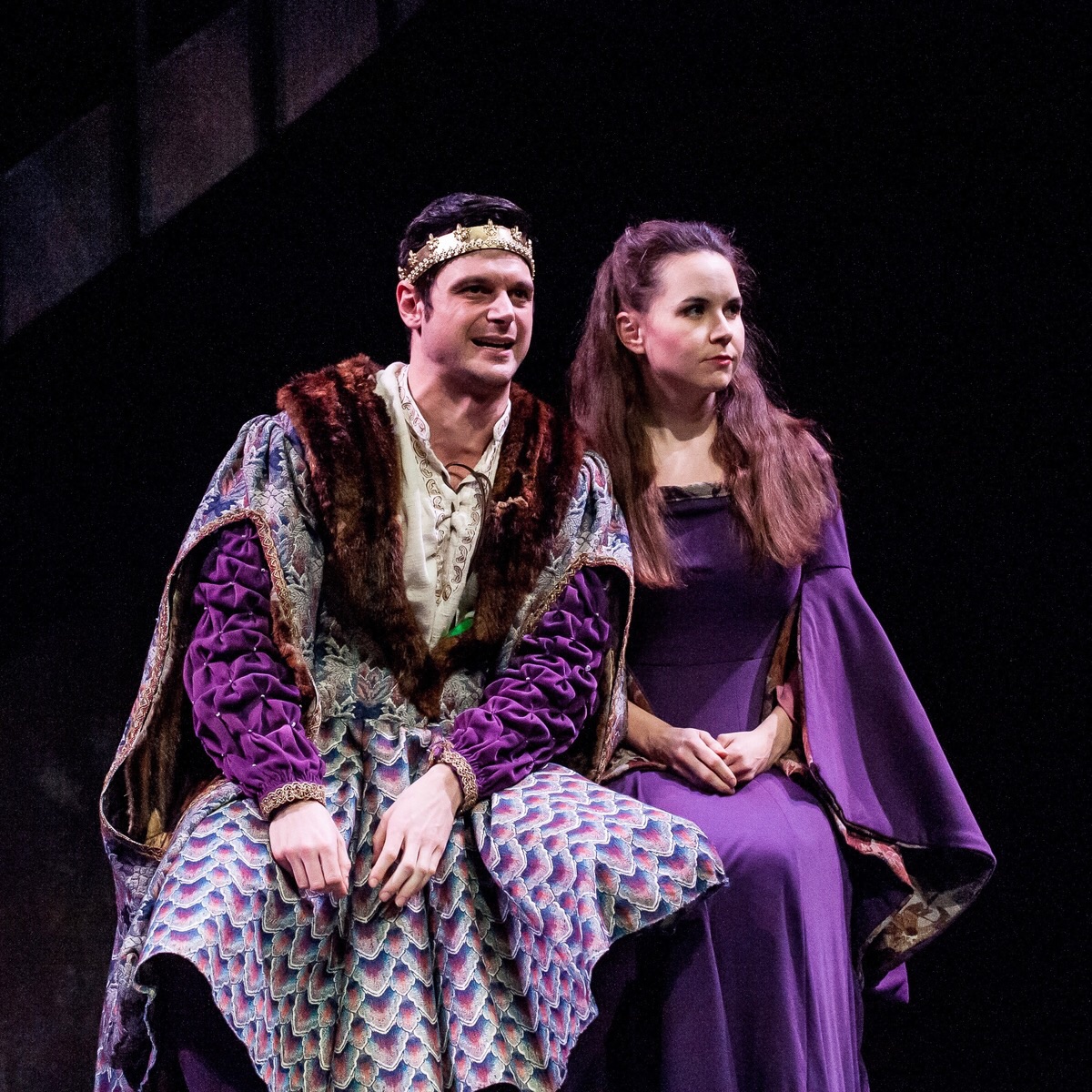 Director Jon Kretzu made great use of the set–an imposing, brown castle interior with a lone Christmas tree that seemed laughably cozy within a setting of family strife. The actors moved as fluidly as their dialogue–up stairs, through turrets, and around any verbal obstacles in their way. Because the show is so talky, I feel like audiences would have appreciated some set change-ups to keep things fresh. As it was, we relied on costume changes and small set piece movements, but that much dialogue against one gloomy backdrop became heavier than it could have been.

In general, and in keeping with the upward trajectory that the union of Henley Street theatre and Richmond Shakespeare began, The Lion in Winter is more than worthy of being the first play to appear in the Leslie Cheek Theater at the VMFA in more than a decade. Since the closing of Theatre Virginia (RIP, company that introduced me to Gilbert and Sullivan!), the theater in the museum’s downstairs has seen little action, making this a historic production in its own right.

If banter isn’t your thing and you prefer a little “to the death!” action or some “my only love sprung from my only hate!” tragedy, check out the company’s special Valentine’s Day production of Romeo and Juliet at SPARC.