The Fabulous Lipitones at the Hanover Tavern

Virginia Rep’s delightfully sitcomy production of The Fabulous Lipitones has started its five-week run at the charming Hanover Tavern. Directed and written by John Markus, The Fabulous Lipitones centers around a talented barber shop quartet who have recently become a trio due to the death of their leader.

Eager member Wally–played by Ford Flannagan–desperate to keep the group together, finds an unlikely new fourth in mechanic Bob, played by Levin Valayil.

The group auditions Bob sight unseen and are surprised to find that he is brown-skinned, carries a ceremonial knife, and wears a turban. At first, the three very white members of the Lipitones, especially macho Italian-American gym owner, Phil (played by Joe Pabst) examine Bob as if he’s a sideshow attraction.

The play is set in modern-day, small-town Ohio just outside of Columbus. Having never been to Ohio, I can’t say how culturally diverse it is, but Phil’s reactions and comments to Bob are quite often cringeworthy. Let’s just say ISIS is brought up at least once. 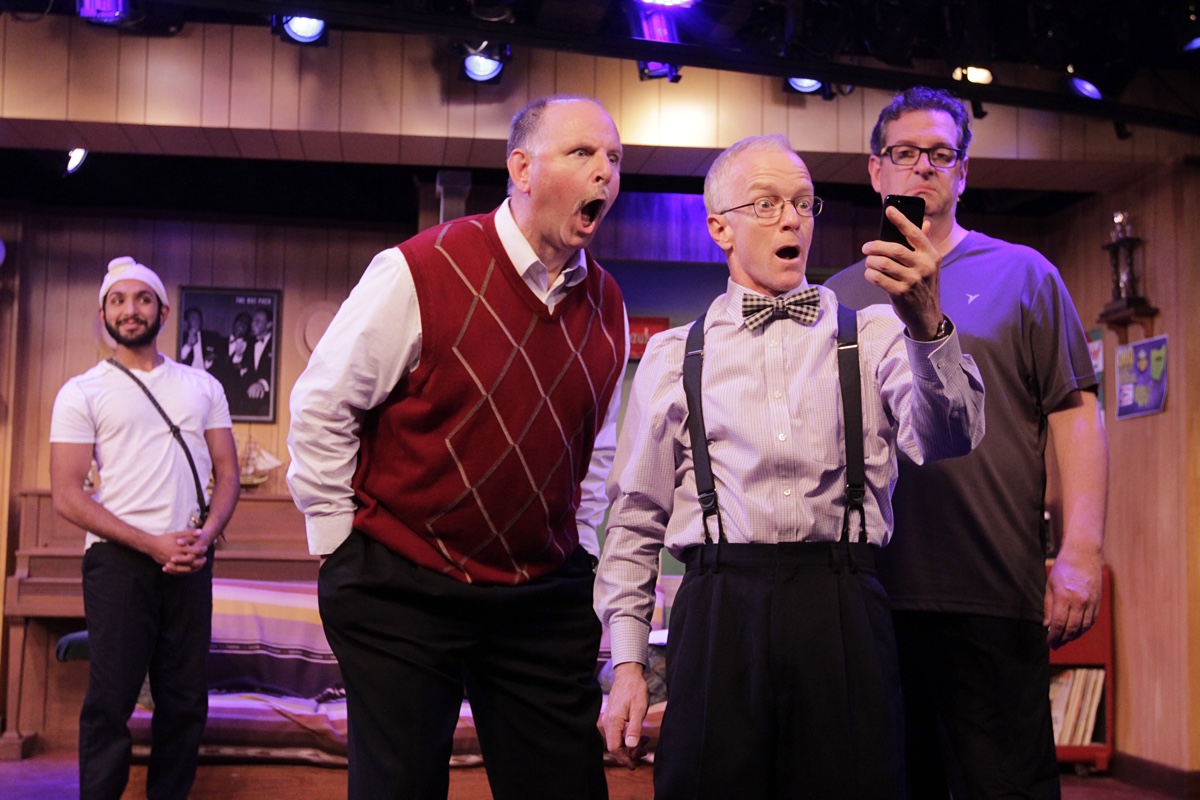 Markus does a fantastic job highlighting the irrational fear that small-minded Americans may feel when in close proximity to the unfamiliar. Bob does not disclose where he’s from at first, only saying that he’s from an area that borders several Middle Eastern countries.

As the group works to incorporate Bob, they’re confronted with their own biases. But you’ll have to go see the show to know how the characters inevitably make their peace.

Flannagan as Wally is really the heartbeat of this production. A master of physical comedy and not afraid to poke fun at himself, he really moves the story forward.

This is probably the least likable part I have seen Joe Pabst play, but he gives a very strong performance playing the closed-minded and self-centered Phil. Peering at his costars through thick-rimmed glasses–a nice touch–may have given Pabst a little sense of separation between him and the awfulness his character directs at Bob. 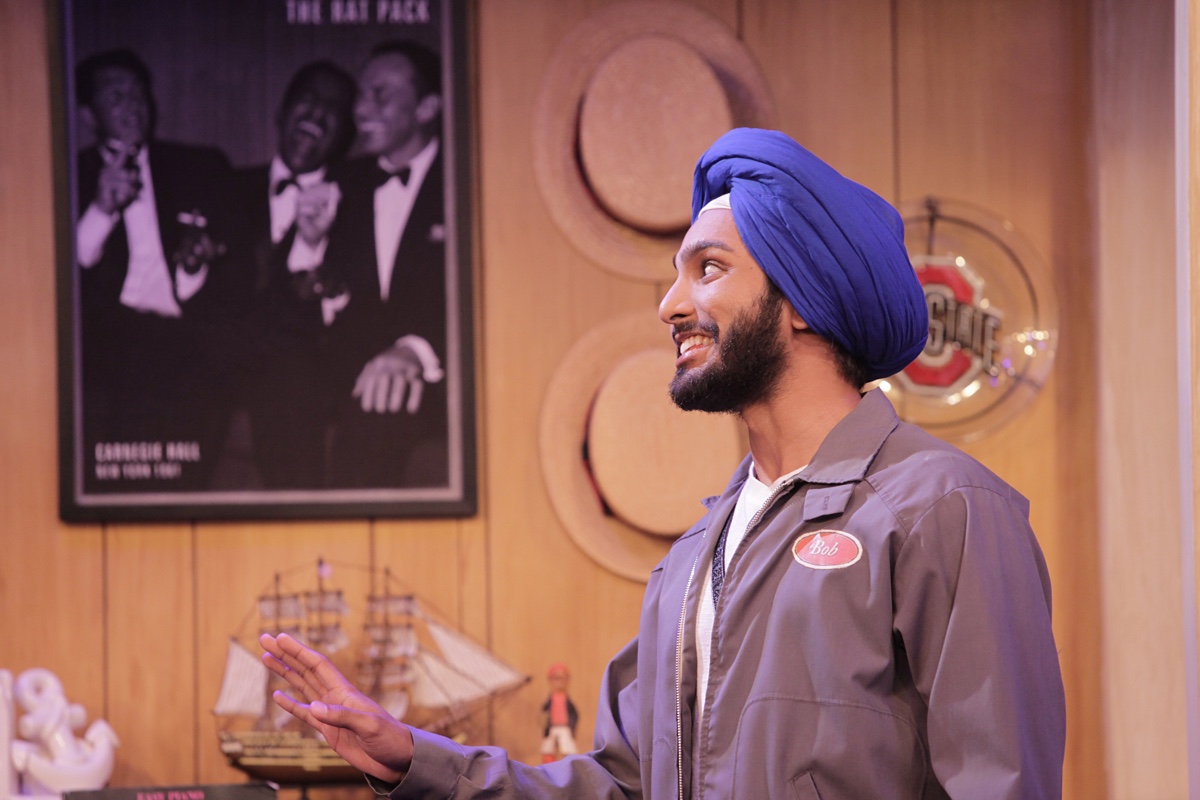 Valayil as Bob is absolutely brilliant, with an energy on stage is authentic and infectious, and his ability to switch from goofy to serious on a dime is a real joy to watch.

Anchoring the cast is Steve Boschen, who plays sweet, soft-spoken member, Howard. Howard is often the swing vote in the group, pretty much doing what he’s told and consistently bossed around by Phil. Boschen’s affable portrayal is the perfect foil to the other more extreme performances of the rest of the cast.

Terrie Powers’s set is simple, with most of the action taking place in Howard’s basement–a room that looks like it’s stuck in the 70s. The set is cleverly contrasted by Bob’s dancing and overall enthusiasm for life, all of which brings these old fuddy-duddies out of their comfort zones.

The Fabulous Lipitones is playing at Hanover Tavern through October 25th. See the Virginia Rep’s site for showtimes and information.