Ten Years of the New Nutcracker: A pictorial retrospective

Ten Nutcrackers ago, Richmond Ballet re-imagined their classic Christmas production from the ground up. Here’s a behind-the-scenes look at what goes into such a grand undertaking, as well as rare shots of the Kingdom of Sweets from a dancer’s perspective. Ten Nutcrackers ago, Richmond Ballet reimagined their classic Christmas production from the ground up. The next decade brought with it a new generation of fans and recaptured the attention of those who for years had seen neither hide nor hair of the Rat King, the Snake, the Sugar Plum Fairy, and the rest of the gang.

The following photos give a behind-the-scenes look at what goes into such a grand undertaking, as well as rare shots of the Kingdom of Sweets from a dancer’s perspective.

All photos courtesy of the Richmond Ballet. 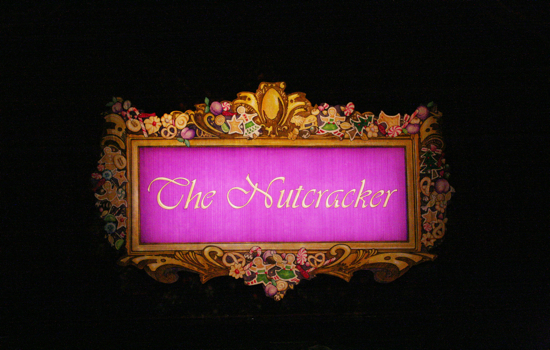 2011 — Over the last ten years, thousands of children have stared impatiently at this opening image as the Richmond Symphony plays the first strains of Tchaikovsky’s familiar Overture. 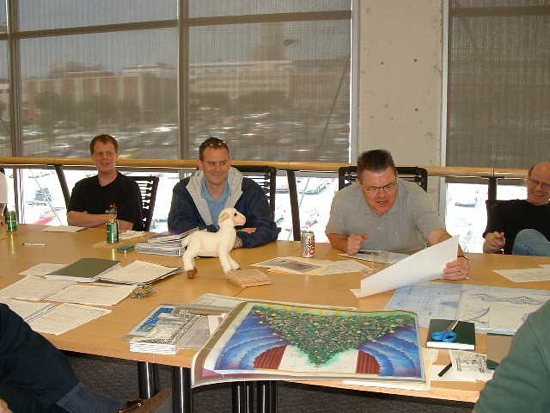 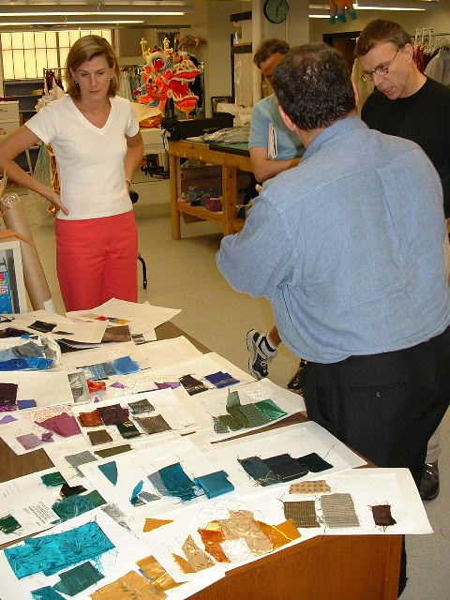 2003 — An enormous array of colors and textures factor into the overall look and feel of the production. Stoner Winslett (Artistic Director), Charles Caldwell (Scene Design), and David Heuvel (Costume Design) assemble the best of the bunch 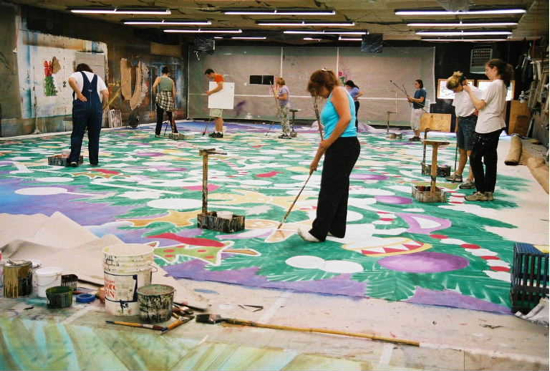 2003 — The now-familiar backdrops were meticulously painted by many, many sets of hands. 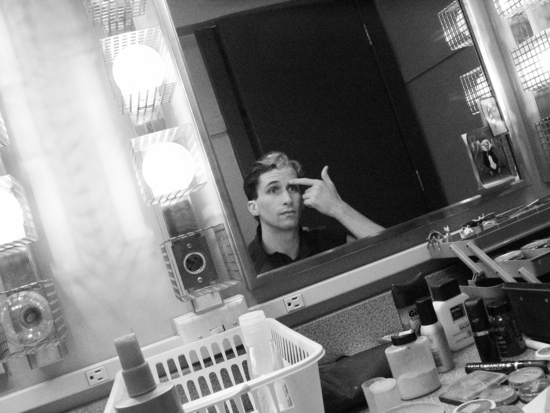 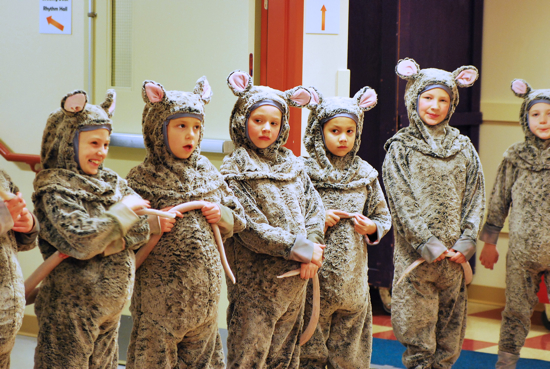 2011 — Many future stars of the dance world get their start as the little mice who scare poor Clara as she makes her way into the Kingdom of Sweets. 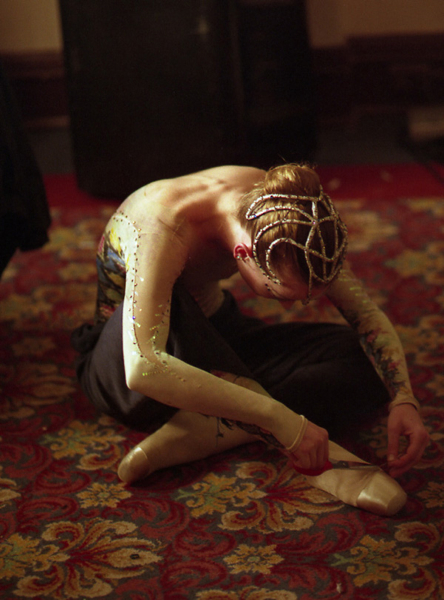 2004 — Former company dancer Danae Carter does some last-minute maintenance on her shoes before she slithers down her charmer as the snake in the Arabian Dance. 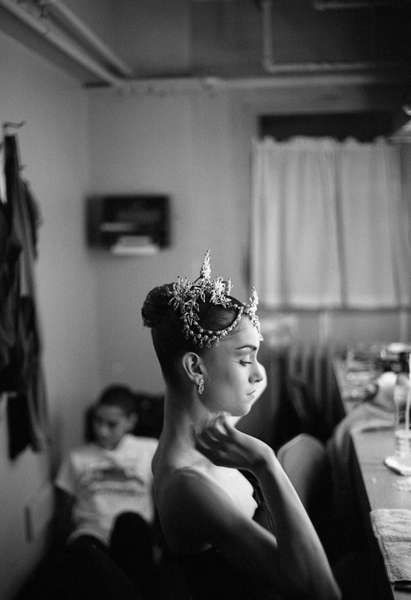 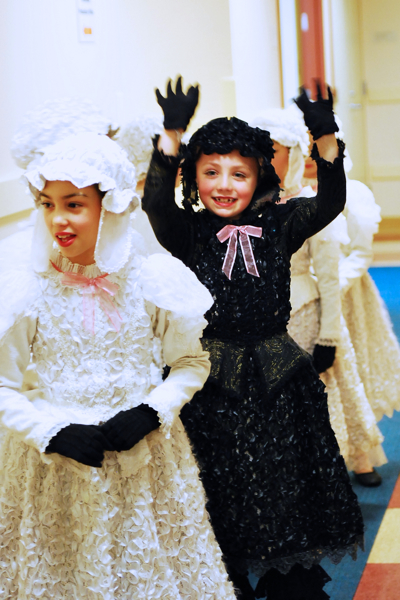 2011 — The tiny lambs of the Dance of the Reed Flutes often hold an unofficial contest with the Russian Dance’s Dancing Bear–whoever gets the most applause, wins! (Something to remember while you watch.) 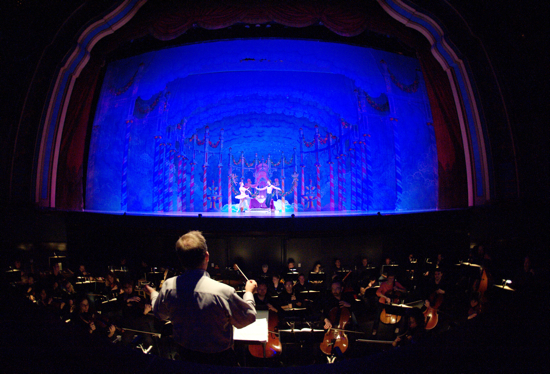 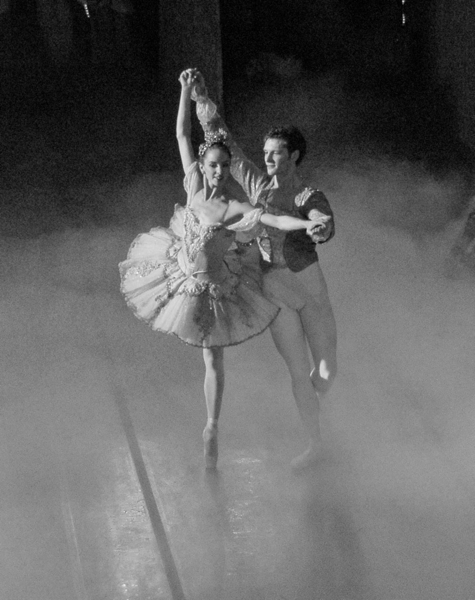 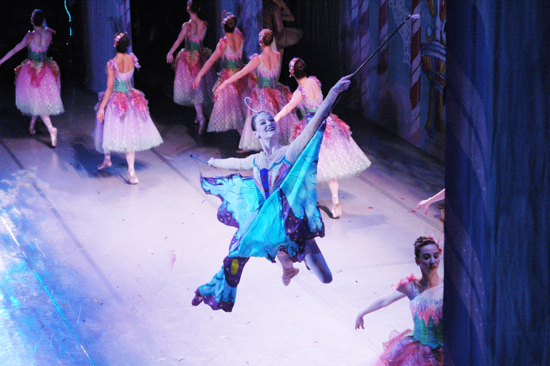 2005 — A rare shot of the Waltz of the Flowers’ Butterfly (played by former company dancer Katherine Gansman Henry) in full flight. The expense and manpower involved in keeping the Butterfly airborne has since proved unsustainable. 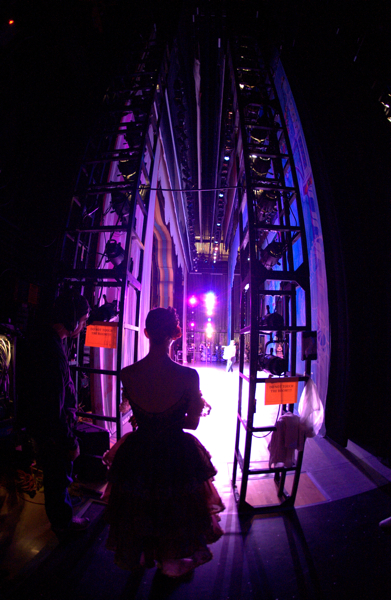 2009 — Current company dancer Lauren Fagone waits in the wings for her entrance as one of two Spanish Dancers. 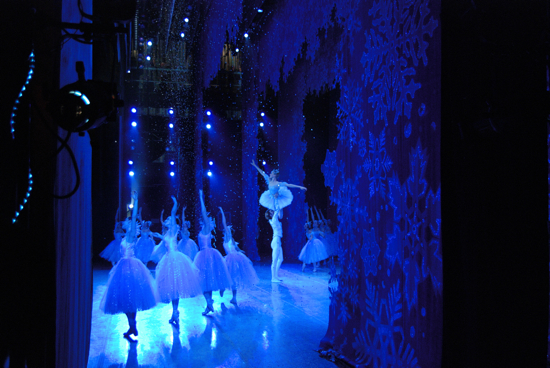 2007 — The Snow Scene from Act I, complete with flurries, as viewed from the wings. 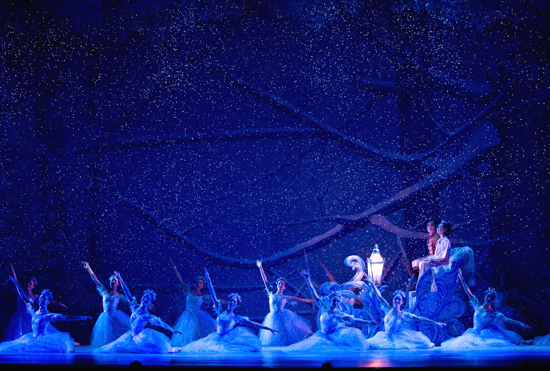 2008 — Clara and the Prince travel by sleigh through an enchanted forest of live Snowflakes for a memorable finale to Act I. 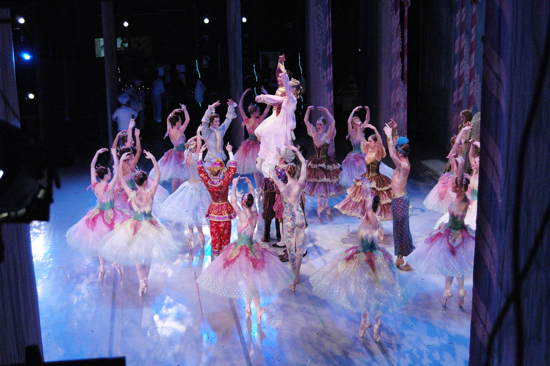 2005 — The characters of the Kingdom of Sweets assemble for a grand finale to Act II. 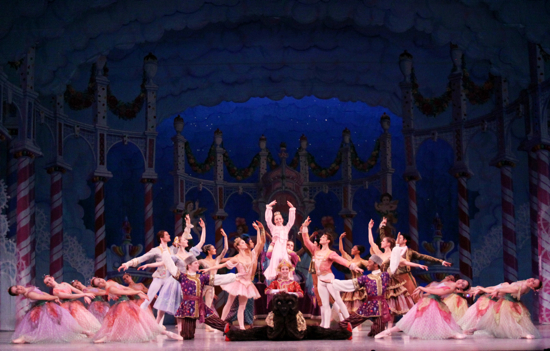 2010 — The height of Nutcracker excitement before, like Clara, sleepy children are carried to bed by their parents.