It’s Halloween weekend, but that doesn’t mean you have to spend three days feverishly putting together cute couple costumes at the last minute. You could actually just spend two days doing that, and then spend a little time at an often spooky, always awesome ballet/symphony collab. Richmond Ballet veteran Valerie Tellmann is today’s focus–although as an extremely personable young lady with a sense of humor that cannot be beat, she is, arguably, the focus of all of the days in existence. If every interview subject in my life gave me these kind of quotes off the cuff, we’d all have better lives.

It’s been an exciting couple of months for Valerie, who not only got engaged to former Richmond Ballet dancer Kirk Henning, but took an entourage (including two other dancers) to New York to film an episode of TLC’s popular Say Yes to the Dress. 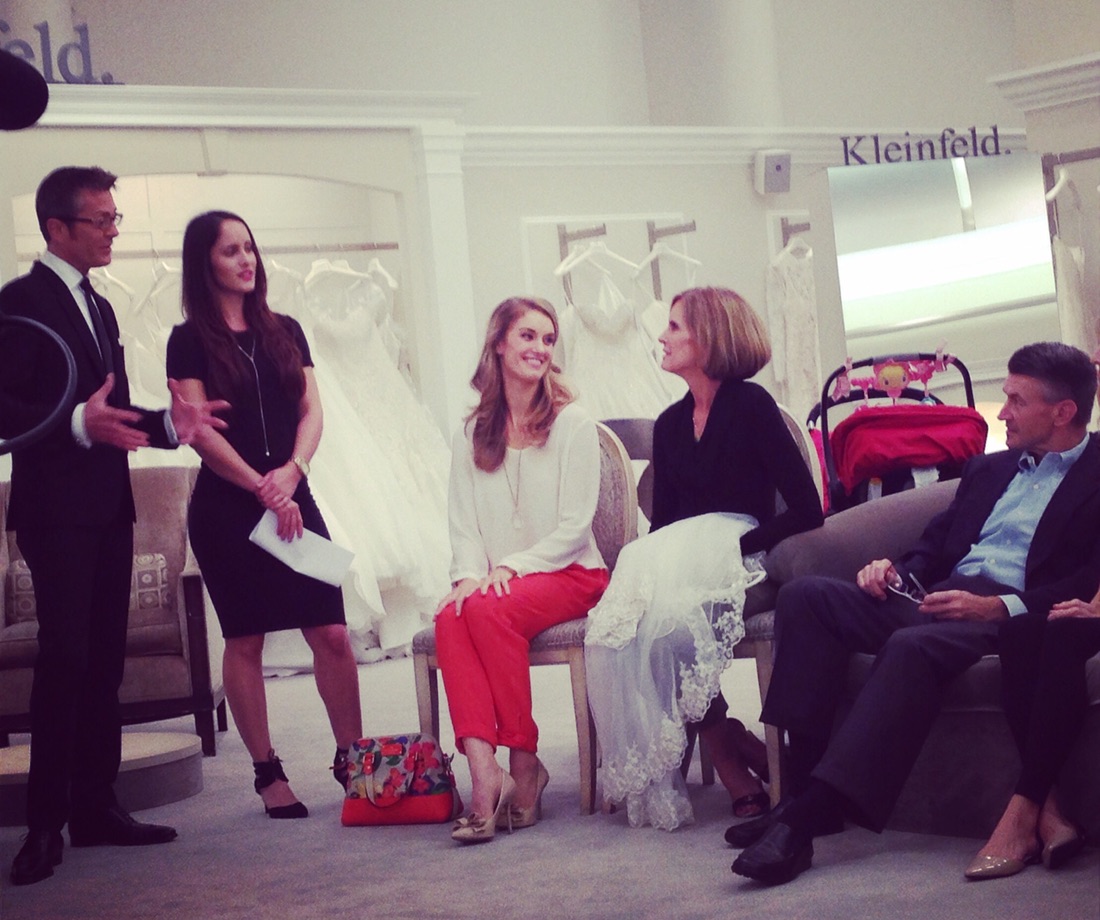 Valerie sifted through bunches of tulle and satin and Swarovski crystals in order to find her Perfect Gown, as Maggie Small and Lauren Fagone charmed the pants (figuratively, settle down) off the host, the producer, and everyone in sight. Did she or did she not find the dress she’ll be wearing to her CenterStage wedding? WHO CAN TELL! Except you, when you watch the episode (air date yet unknown, but you can bet your sweet bippy that if you follow Richmond Ballet on Facebook or Twitter you will get the scoop when we know more).

Luckily, Valerie and co. returned in time to start rehearsing for a grand collaboration with the Richmond Symphony and its chorus at CenterStage. Live music always turns up the Ballet’s energy to levels you didn’t realize were possible, and the program for this one makes me concerned about everyone’s blood pressure–audience, musicians, and dancers alike. 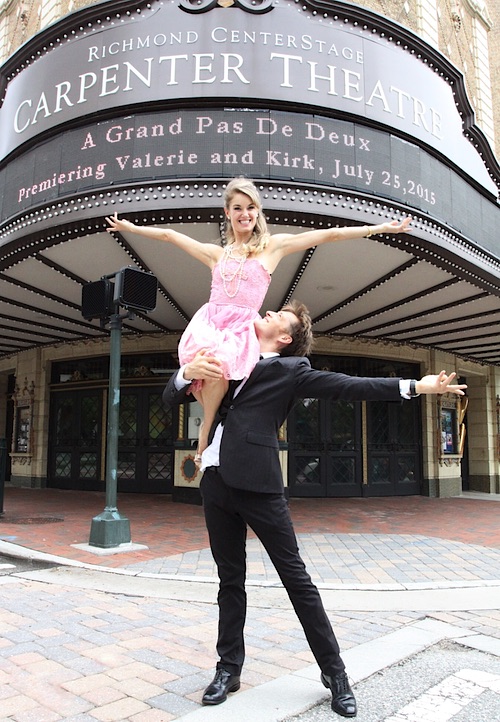 Valerie attested that the first time they rehearsed with the vocal soloists, many of the dancers had tears in their eyes. “Every human being can connect with the Court of Love scene. It’s about how you have a facade that all is well, but then when you get behind closed doors you’re a hot mess. If you can’t connect with Carmina‘s music and the dancing, you just don’t have a soul, I’ve decided.”

Sounds like a challenge worth taking, eh, readers who claim they have souls?

Mozartiana is a personal favorite of Valerie’s, who plays the lead in select performances. She remembers watching Anne Sidney and Igor Antonov perform Mozartiana during her more formative years and being in awe. Then, last year during her guest tenure with the Suzanne Farrell Ballet, she was able to learn it from Farrell herself, on whom legendary choreographer George Balanchine created the ballet back in 1981.

When artistic director Stoner Winslett asked Valerie to dance the lead, “My first thought was, ‘Oh no, I need to start swimming laps or running. That thing is hard!'” But she quickly realized that, though she certainly had to learn the steps themselves, bringing the music to life is the key to this ballet, which uses Tchaikovsky’s tribute to Mozart as its inspiration (and score). “Musicality is what makes the movement. If you just get lost in the musicality, you forget the physical stuff. You’re becoming the music, and it feels less physical.”

Mozartiana takes Valerie to a unique place, compared to other ballets. “I used to pray every night that I would be a ballerina. This one makes me feel like this is a thank you to my faith. And I hope people feel the same way, whatever their faith is–whether it’s in humanity or children, in music or art.” But she’s quick to include the school itself in all her grateful outpourings, who made her dream possible.

It’s all a very beautiful concept. “A little piece of heaven,” as she says, and promises that we will all transcend time and space in our own experiences with the piece.

Also on the program: Camille Saint-Saëns’s Danse Macabre, which sharply evokes Halloween for many (particularly me, as my music teacher growing up turned the lights out every October and played it as we lay down on the floor).1

The School itself takes part in this one, with all the dancers of tomorrow doing their thing today. It’s adorable and spooky at the same time. Like Casper! Or Wednesday Addams!