Stars of The Walking Dead,1 Ghostbusters, Buffy The Vampire Slayer, Batman, and many others will join vendors and famed comic book artists at the Wizard World Richmond Comic Con September 12th – 14th at the Greater Richmond Convention Center.

The convention marks the first time Wizard World, with 16 conventions nationwide this year, has come to Richmond.

The convention company began as a magazine devoted to comic books with the launch of Wizard in 1991. “That was kind of the first magazine that really covered the industry in that way,” Milani said. “The folks who had done that, as an extension, started these Wizard World conventions.”

The first Wizard World occurred in Chicago in 1998. Philadelphia followed in 2000. “Basically it was those two flagships shows, and maybe one or two others,” Milani said. “Four years ago, the magazine ceased publication and the focus became completely on the conventions.”

The convention business has been good. In 2013, Wizard World held eight conventions nationwide. In 2014, the company expanded to 16 conventions. In 2015, that number grows to 24.

Milani said the growth in conventions correlates with the prevalence of comics and geek culture in pop culture. “If you take a look at the biggest movies that come out…there’s Guardians of the Galaxy, all the Spider-Man movies, all the Superman movies, and the Batman movies, those great stories that have always been told in the comics are now being told to much bigger audience,” Milani said. The popularity of TV shows like The Walking Dead and Arrow also suffuse popular culture. 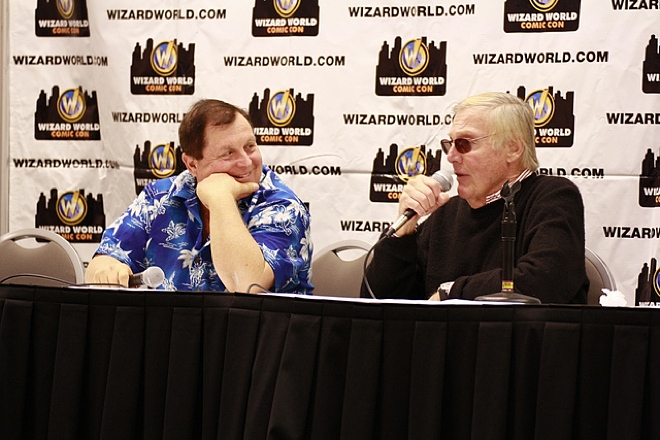 In addition to actors staring in current film and TV hits, the convention will also have Batman stars Adam West and Burt Ward, Hellboy star Ron Pearlman, The Incredible Hulk‘s Lou Ferrigno, Ernie Hudson of Ghostbusters, and the The Boondock Saints stars Sean Patrick Flanery and David Della Rocco, among others.

But cinema and TV won’t be the only media represented. “We still have a really robust Artist Alley with real top [comic] artists in the industry,” Milani said. Those include Eisner Award Hall of Famer Neal Adams2 (Batman, X-Men), Kevin Eastman (co-creator Teenage Mutant Ninja Turtles), Greg Horn (Guardians of the Galaxy, The Avengers), and more.

This certainly isn’t Richmond’s first time at the comic con rodeo. The city’s hosted a fair share of conventions over the years, namely the Virginia Comicon, which has been in Richmond for nearly 30 years, and last year’s RVACON. But Patrick Godfrey, owner of Velocity Comics on W. Broad Street, said Wizard World is different.

“The Wizard World show is the first time, I know of, that a major outside-of-Richmond company has come in and set up shop here,” Godfrey said by email. “Wizard World is known for having the capital to bring in media celebrities, genre actors and comic creators alike, but will that drive folks through the door at the ticket prices they’re asking for [$75 – $400] in Richmond?”

He also said not everyone in the industry likes Wizard World’s growth, saying the company has a “reputation for setting up shows in new markets very close to established cons, [sometimes] the same weekend, which many in the comics industry view as unnecessarily mercenary,” Godfrey said. “The Small Press Expo in Bethesda, MD is the same weekend as the Richmond Wizard World show, and the Virginia Comicon is two weekends prior.”

However, Godfrey (and it seems too Wizard World) believes that the city is a solid pick for a large comic convention: “Richmond has a growing reputation as a great city for comics, from local publishers to nationally recognized creators, to VCU’s growing support of the art form, to all the great shops here with different personalities that serve different facets of the industry.”

Jerry Milani hopes Richmonders enjoy Wizard World’s foray into the city. “Our goal is to create a great atmosphere for fans and for celebrities and for artists and for vendors,” he said, adding that of all the new city conventions in Wizard World’s 2014 lineup, Richmond has gotten some of the most excited interest. 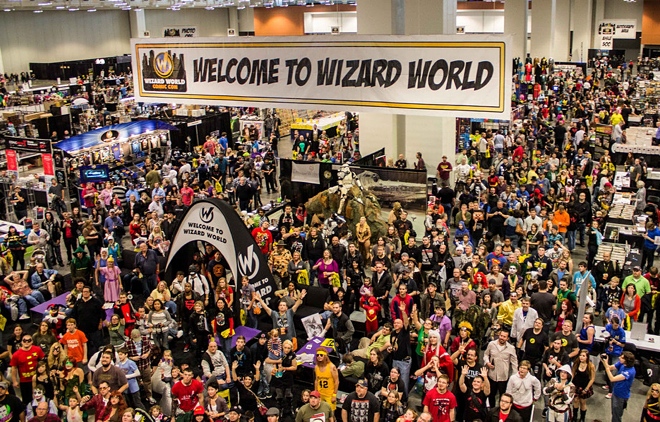