Spring Bada-Bing getting crafty at Hardywood Spring Bada-Bing features over 50 artists and crafters from both RVA and across the country. You’ll find jewelry, t-shirts, prints, thing you’re not sure what are, and more. An added bonus is shopping while sipping on a Hardywood beer, which often leads to a few more purchases than you might have otherwise planned. The full list of vendors is here.

Two vendors that always end up with my money are Itty-Bitty Press and RawJawBone Graphics. 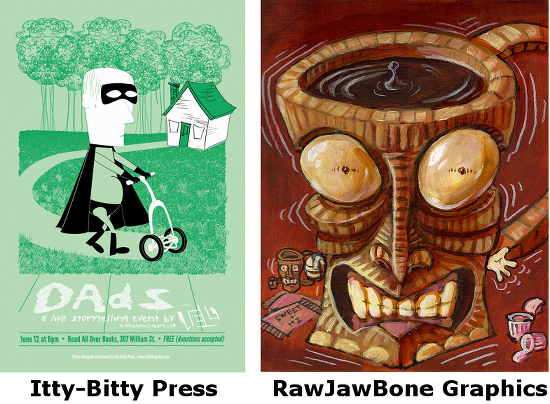 Every year I go to Spring Bada-Bing, usually with my daughter, and take care of nearly all my gift purchasing for the year. I cover Christmas, anniversary, and birthdays in one swoop.

In theory that’s the way it’s suppose to work. In reality, I end up with an equal number for myself and even worse, when I stash the gifts for others at home I can’t find them until after the magical day of giving has passed.

I have faith that you can do better than me.