Plaid Tidings Swift Creek Mill brings to you and your kin

Seriously, you should bring your older kin to this holiday revue. They will adore it. These ambitious teenaged gentlemen were tragically killed in a car crash after colliding with a bus full of school girls who were on their way to see the the Beatles perform on the Ed Sullivan show; no word is provided regarding the girl’s fates. Even though their dreams of stardom were cut short, the Plaids are periodically sent back down to Earth to perform for their devoted fans once more. This is one of those periodical times.

And in “Forever Plaid: Plaid Tidings,” written by Stuart Ross and directed and choreographed by Tom Width, it is the Plaids’ third time performing at Swift Creek Mill. And the all new cast charms the audience with their musical revue.

While the premise of the show is quirky to say the least, the production is fast-paced and entertaining. The Plaids are Frankie, played by Kirk Sharpenstein, Sparky, played by Ian Page, Jinx, played by Storm Burks, and Smudge, played by Gordon Graham.

With a whopping total of 28 varied musical numbers between the two acts, there is definitely something for everyone.

The revue really picks up right before intermission with the group performing a “Christmas Calypso” and incorporating some audience participation and fun props. That song is still stuck in my head. 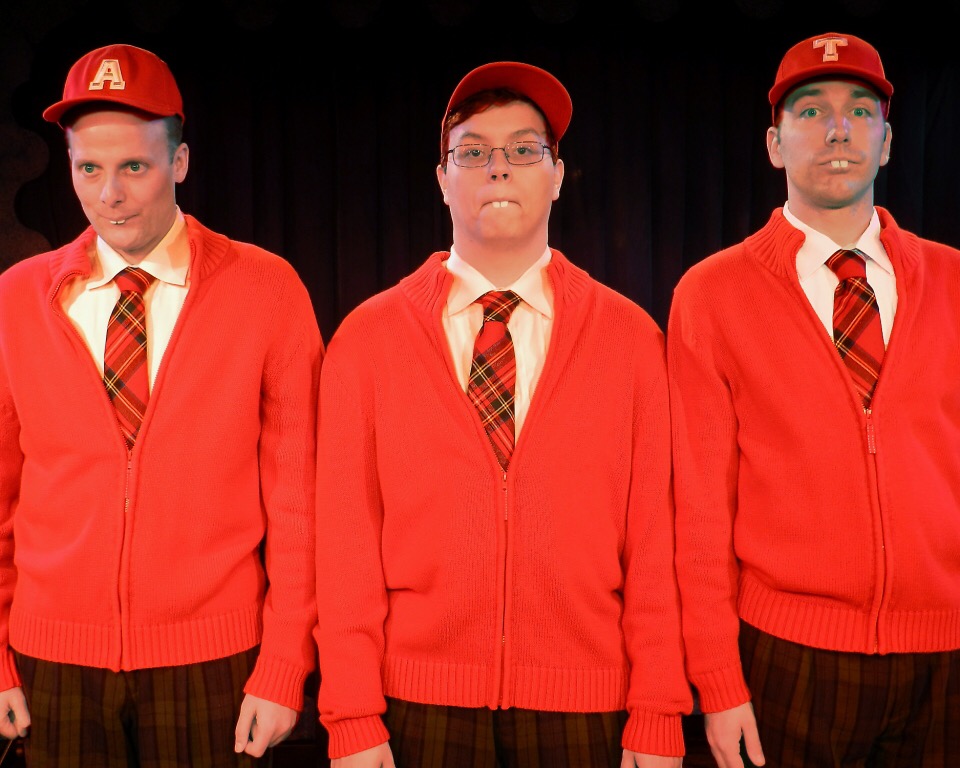 The second act is where this show really starts to shine. “It’s Beginning to Look a Lot Like Christmas” is sung in part with the Plaids and a projection screen featuring the legendary Perry Como, who was quite the fox if I do say so myself.

But the highlight of the show is when the Plaids reenact the entire Ed Sullivan show in three minutes and eleven seconds.

The standouts in this cast are surely Gordon Graham, who plays Smudge and Storm Burks, who plays Jinx. Graham has an amazing vocal range and his baritone is particularly beautiful. And boy can Burks belt, almost quite literally shaking the rafters in the Mill at times.

The set by Tom Width is gorgeous as always, and Maura Lynch Cravey’s costumes for the Plaids are festive and well-tailored. But it’s Joe Doran’s precise lighting that really makes this production.

Even though many of the references flew completely over my head (the Ed Sullivan show went off the air before I was born), the Plaids’ performance was undeniably hilarious and proof that you can feel “nostalgia for a bygone era” without having actually lived in that era.