After working for more than a year Patois, a duo consisting of guitarist Karl Morse and dummer Grant Bauley, is releasing its first record: Patois. While the two no loner live in Richmond, the record features a host of familiar musicians.

If you haven’t heard Patois’ remix of No BS! Brass Band’s song Khan, go here immediately and download it for free. While you are listening, download their new album free on the same page! Some things are worth paying for and some things worth paying for are free. On Tuesday, July 5th Patois released its debut record Patois.

Recorded during the summer of 2010 in Charlottesville, Virginia, guitarist Karl Morse and drummer Grant Bauley spent hours writing, recording and mixing a collection of tunes that combine quite a few influences. In addition to the unique combination of styles, the record combines a host of musicians, many recording techniques and even a few interesting cities. 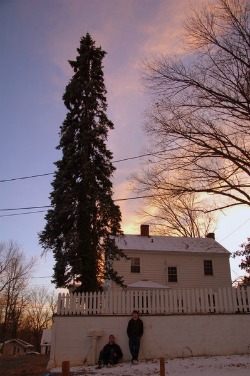 Self-labeled surf pop, this record sounds like the Medeski, Martin and Wood tune “Chantes Des Femmes” off of Radiolarians III only with a whole new layer of recording tricks on top of the sound. The delays and reverbs add an entire new dimension that helps to bridge the gap between 70’s dub, Jamaican reggae and the modern ideas used by Bauley and Morse.

Some of the tunes venture away from simple island sounds of surf pop. “Pastime,” features several different sections including an alto saxophone solo drenched in delay. Its multi metered form is far more complex than the simple grooves of the rest of the album. It is a hidden gem that appears next to last on the record.

Bauley and Morse are products of the Richmond music scene, but both have experienced a lot in their brief time away from the 804. After travelling to Doha, Qatar with a small combo from Virginia Commonwealth University, Karl Morse signed a ten-month teaching/ performance contract to return to Doha. (Morse Interview) Now only a few years separated from college, Morse live in Chicago and Bauley in New York City. Fortunately that didn’t stop either of them from using mostly musicians from central Virginia to record Patois.

This record isn’t jazz, but it is a quality record. It is a fantastic gateway into the lesser known sounds and styles of dub and not-Bob-Marley-reggae and it is a free opportunity to hear Richmond jazz musicians showcase their flexibility.