Co-producer of Beasts of the Southern Wild and Richmonder Michael Gottwald talks about his and (Quvenzhané’s) reaction to the film’s four Oscar nominations. I caught up with Richmonder Michael Gottwald today on the phone from Los Angeles as he rode a tidal wave of calls, texts, and media requests about the four Academy Award nominations received this morning for Beasts of the Southern Wild. The critically acclaimed film, which Gottwald co-produced, has been buzzing with Oscar chatter for some time, but the acclaim leading up to today failed to contain this morning’s celebration.

“Yeah, we set our alarms for 5:30 AM and when the nominations were announced, we ran up to the room where Quvenzhané and her mom, ‘Big Q’ (Qulyndreia) were staying. We all rushed in and jumped up and down in our pajamas.”

This morning, Beasts picked up nominations from the Academy for Best Picture, Best Director, Best Actress (for Quvenzhané Wallis), and Best Adapted Screenplay.

Michael, in LA with members of the cast and crew for tonight’s Critics’ Choice Awards, spoke to me amidst a whirlwind of activity, inspiration, and emotion. “This is so crazy, so beyond the realm of anything we were thinking about when we made this film. This movie has given me so much, today is just the newest, highest wave of joy.”

Even with Big Q by his side, obligations overdue, and a cacophony of distractions, in characteristic fashion, Michael stopped to consider the impact of the moment on matters much bigger than himself.

“The Academy has in a way condoned the unconventional nature of our filmmaking. I hope the nominations carve out a space for movies like this to be made and great stories to be told, without necessarily stopping to consider commercial success.”

I couldn’t resist asking what the inimitable Quvenzhané (at nine, the youngest actress ever nominated for Best Actress) was doing while her mother and the crew were jumping up and down on her bed in their pajamas.

“We were kinda in the way. She was trying to watch music videos.”

Before reading this piece about the people behind Beasts of the Southern Wild you may want to read our review of the film here.

This past Saturday afternoon at the Westhampton Theatre in Richmond’s Near West End, 29-year-old Michael Gottwald was proudly introduced by his father–but only because his mother insisted she couldn’t do it without crying.

Before her husband took the microphone, what she did manage to do was expertly encapsulate several universal themes of her son’s film Beasts of the Southern Wild. “I have seen the film twice already, so I’ve had some time to think about the story. One of the themes which is personally meaningful to me is the importance of community, the strength and uplifting we give to and receive from those we care about and to whom we are connected in some way.”

Connie Gottwald spoke to a capacity crowd of mostly friends and loved ones, including over 30 family members. She clearly felt the warmth of a friendly and familiar room that buzzed like a church potluck. Many were a part of the Gottwalds’ congregation at First Presbyterian, some were coincidentally seated next to old Collegiate School classmates, but all were there to watch Michael unveil his critically acclaimed film.

Quick to share embarrassing stories of his and Jay’s shared childhood, Gottwald’s unpretentious persona reflects the ethos of the production company of which he is a part. Named after a squash court at Wesleyan College where the team set up a studio, Court 13 is intently focused on DIY filmmaking–not as a cost-saving measure but as a genuine-article mantra. The group is a motley menagerie of artists, intellectuals, filmmakers, animators, thinkers, and doers. The critical reviews of Court 13 have rapidly graduated from an assessment by the fire marshal that their basement studio was “the worst fire hazard I’ve ever seen” to Roger Ebert summarizing: “Sometimes miraculous films come into being, made by people you’ve never heard of, starring unknown faces, blindsiding you with creative genius. Beasts of the Southern Wild is one of the year’s best films.” 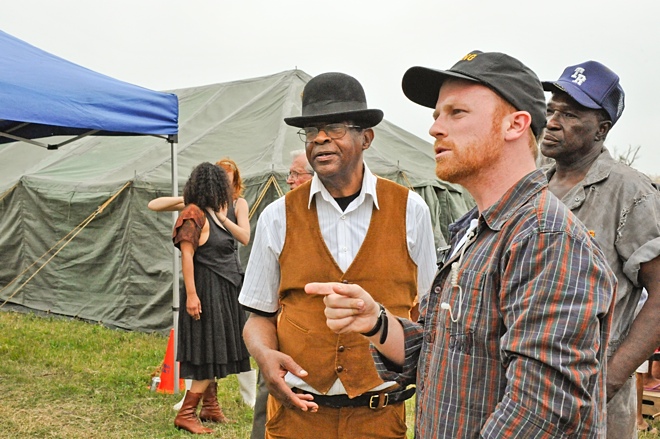 The film’s success is due largely to the genuine charm of its central characters. In Court 13’s spirit of raw realism, one of Gottwald’s responsibilities was helping Director Benh Zeitlin cast only actual residents of the Bayou rather than actors. Gottwald continues to manage and interact with the cast to this day. Dwight Henry (“Wink”), is a baker by trade. “His whole life is baking. We just had to badger him and badger him to do this thing for us,” said Gottwald. But discovering people like Wink was exactly what Court 13 had in mind–Henry was not a hired gun. He was a friend.

“The thing about Court 13 is it’s a bunch of guys who are willing to stop everything they are doing and live the experience.” The team moved to the bayou for almost five months–not the Marriott in New Orleans, but a gas station, garage, dilapidated house, and mobile home that doubled as a fishing shack–all in Terrebonne Parish. They partied with the locals and got to know them all very well. Zeitlin, Gottwald, and the team staged no one-day tryouts on a Hollywood backlot–they spent several months with most of the cast and, in many cases, bonds were built over heavy doses of Dixie Beers.

Before appointing the peerless Quvenzhané Wallis as “Hushpuppy,” Gottwald and his team spent nine hot and humid months visiting every parish in Southeastern Louisiana, conducting after-school acting classes and holding exhausting auditions in classrooms and churches. Quvenzhané was one of 4,000 girls he and his team met. The search for a precious yet tenacious six- to nine-year-old actress at last arrived at a five-year-old with no acting experience. She’s a gem befitting Court 13’s needle-in-a-haystack methods.

Another driving force behind the film is the sense of place the team created in five months of mud, sweat, and beers. The magic of “The Bathtub,” a fictional yet very real society, lies in its amalgamation of all that is unique and good about the region, while at the same time capturing the absolute brink on which these people live. The community created by Court 13 is utterly impoverished and at the same time an irresistibly appealing utopia. Gottwald tells me that Zeitlin and the team were uniquely positioned to show a community where all these good (and sometimes scary) elements pan out, precisely because they were by then so saturated with the region’s unique culture. 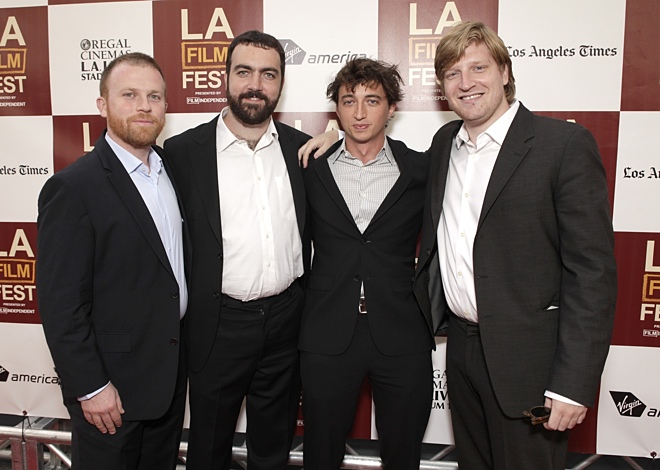 Before sitting down to curtains up with his girlfriend, family, and a titanic tub of popcorn, Michael choked a bit on the emotion of Saturday’s reunion. “This is hard…this is really hard…this [the Westhampton Theater] is where I used to go…it is truly special for me.” Gottwald was visibly moved on Saturday, despite all of the times he’s seen the film. “It’s a different experience every time–at Cannes, at Sundance, in Terrebonne Parrish, at the LA premiere. Bringing it here is the best, couldn’t be better.” Gottwald continued, talking about how your viewership of art is really affected by the person you’re with, what’s in your head on a given day, or the warmth and familiarity of a particular room.

Gottwald repeatedly deflects attention from himself to the community that brought him to where he is: his mom and dad; his high school friends who suffered through his countless “art house” flicks; his Collegiate School teachers and mentors; the many Richmonders who provided financial support for Beast’s predecessor, Glory at Sea; or Zeitlin and his other Court 13 mates.

Both Gottwald and his film paint a powerful picture of fellowship in challenging times. Community exists everywhere: good and bad, in RVA or in the sinking southeastern tip of Terrebonne Parish.

For the weekend, Richmond was the highest grossing new market for Beasts in the U.S. and the second highest grossing market overall. Gottwald now lives in Brooklyn and is currently working on a new film in Ocean City, Maryland.