A new exhibit showcases some of the treasures of India, with over 200 objects occupying ten galleries at the VMFA. The museum is the only city on the east coast to host the traveling exhibit, and a princess from India was in town to help launch it. Princess Asha Raje Gaekwad of India’s Rana family and Anna Jackson, keeper of the East Asia collection at London’s Victoria and Albert Museum (V&A), were among the distinguished guests to introduce the “Maharaja: The Splendors of India’s Great Kings” exhibit yesterday afternoon at the Virginia Museum of Fine Arts.

“I am so happy to be here with you all,” said Princess Asha Raje Gaekwad, who comes from a royal Nepalese house that is known for its artistic patronage. The princess said she felt “fortunate to be connected to museums,” like the VMFA that share her appreciation of Indian history and art. 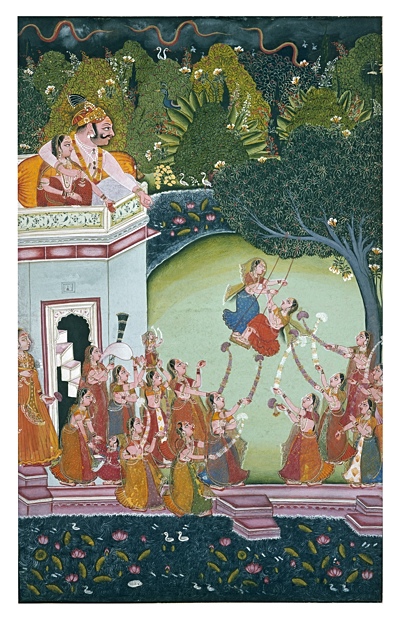 The “Maharaja” exhibit features over 200 distinct objects spanning ten galleries. The exhibit originates in London’s V&A museum, has traveled to Toronto and San Francisco, and will remain in Richmond before moving on to Chicago and China. Richmond is the only location on the East Coast to host the traveling showcase of Indian history.

Featuring objects that date to the seventeenth century, much of the the “Maharaja” (or “Great King”) exhibit contains the history of local kings through regal India, British rule, and post-Indian independence.

Associate Curator of South Asian and Islamic Art at the VMFA, John Henry Rice, said that the museum began preparing for the exhibit nine months ago. Rice said that the VMFA’s renowned South Asian Collection, which he estimated to be “top five” in the country, was one of the reasons the museum was able to host the traveling collection. “We’re really strong in India material,” Rice said about the museum.

Items as varied as daggers from the Hughal Court (17th Century) made of steel, jade, gold, and glass; a full-size elephant adornment (19th Century); and a wristwatch made of gold, sapphire, and leather (20th Century) are all on display. 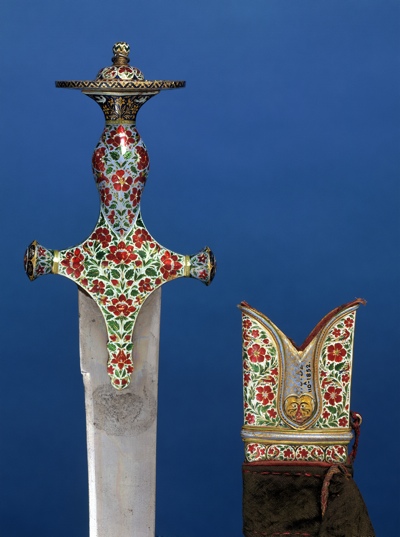 “You live and breathe it,” said Anna Jackson about stewarding this exhibit across the world. She will give a lecture this Thursday evening titled, “The World of the Maharaja.” Speaking about the VMFA’s treatment of the exhibit, she said it has been “installed with an enormous amount of sensitivity and creativity.” She added that the museum has “done it all so perfectly.” Not only is Jackson in Richmond to travel with and oversee the “Maharaja” exhibit, but also for pleasure. “I always wanted to come to this museum,” she said of the VMFA.

To celebrate the rare exhibit, one of the VMFA’s restaurants, Amuse, will offer special Indian fare, and the museum gift shop will also offer unique Indian crafts and souvenirs. In addition, John Henry Rice said that the museum has reached out to local Indian-Americans, including the locally-based India Association of Virginia, to help publicize the exhibit.

The “Maharaja” exhibit is at the VMFA until August 19th. Tickets for the exhibit range between $12 – $15, and are free for VMFA members. On Saturday, May 26th, the museum will hold a family event between 1pm-4pm. On that day, children between the ages of 3-12 will be admitted free to the museum, but children between the ages of 7 – 17 must pay admission to view the exhibit.

photos courtesy of the VMFA