Spielberg’s love letter to Richmond, Virginia is finally ready to premiere. Some of us got a sneak peek at the bitter disappointment that is this film. You remember Lincoln. It’s the film that came to town last year, increasing our chances of running into Joseph Gordon-Levitt at a bar by about 8,000%. Those heady days! Rumors flew that Daniel Day-Lewis had bought a house in Church Hill, was living without electricity, and had built a log cabin in its backyard with his bare hands as part of his famous commitment to method acting. Would Spielberg dine at Comfort? Would Tommy Lee Jones shop at Martin’s? Would the scruffy guy in the apartment next door to you get called back as an extra?? 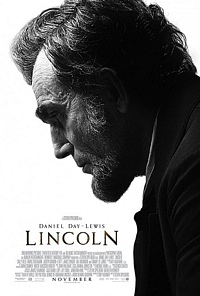 While Lincoln is a veritable “Who’s Who?” of Richmond beards, it doesn’t hold up as a legit historical political drama. Well, maybe that’s not fair. It certainly holds up against similarly sentimental, big-budget movies from the mid-90s. Spielberg gives the story of our 16th president’s bid for emancipation a classic Hollywood spin, complete with montages, comic relief, noble reveals, and swelling John Williams refrains.

Tired old devices aside, Lincoln sure does depict a whole lotta African-Americans with tears in their eyes, as they look lovingly at white dudes who’ve looked deep inside their own hearts and decided that they can tolerate black people being treated like human beings.1 At first, Day-Lewis’s Honest Abe seems as if he’s trying to put an end to the butchery of the Civil War with this anti-slavery amendment. But as the film drags on, things keep happening that make you start to think that maybe Abe’s doing all this BECAUSE HE ACTUALLY CARES. Lincoln may have broken a few rules, but, as we learn by parable, in order to make a perfectly noble omelet, you’ve gotta suspend a few habeas corpi.

Shhh. Now John Williams directs a French Horn to play an inspiring strain as the camera sweeps over the beards of 100 guys that look vaguely familiar to me.

Lincoln does do a lot for the South in two hilariously contradicting ways:

I won’t spoil it, but let’s just say things don’t go too well at the theater for the prez and his first lady, Crazy Todd (to me, the best performance ever by Sally Field). But there’s still plenty of time for white and black Americans to rapturously murmur snippets from Lincoln’s speeches as Spielberg’s camera lingers poignantly on more sparkling tears in more pairs of eyes.

The sentimentality isn’t all that annoying on its own–but mixed with historical cherry-picking, torturously slow pacing, and the dangerous swamp of white guilt, it’s a force to be reckoned with.

Well, duh! You’re a Richmonder, and you enjoy seeing our beloved Capitol Building and other landmarks on display. Plus, you’re curious to see how everyone managed to cover up their tattoos.

You’re a Charlottesvillian, and your jealousy has made you spiteful.

There are 49 reader comments. Read them.