Drive-ins resurfacing across the Virginia

Take a trip down memory lane this summer, and trek out to a drive-in…before they’re all gone. Goochland Drive-In Theater owners John and Kristina Heidel have known this for years: drive-in movie theaters are not arcane artifacts of the past. Although they may be in short supply, drive-ins may be making a comeback in Virginia (and nationally) as cheaper, alternative ways of catching summer flicks.

Although the theater is having its busiest season yet,1 it has been nothing but an uphill climb for the owners of the now 4-year-old drive-in.

“It’s the hardest thing I ever did,” said John Heidel. “But it’s the best job I’ve ever had, and to find the best job I ever had I had to create it.”

Heidel started the Goochland theater in 2004 after taking his family to a regular multiplex movie became costly and aggravating. Heidel’s dream theater combined vintage-Americana style with an updated atmosphere for families at an affordable price.

“A drive-in is a tailgating atmosphere for families,” Heidel said.

Arrive early. Getting a good space to see the show is really important, and the lots can fill up quickly–even on a weekday–so arrive at least two hours before the show.

Bring chairs & blankets. You can sit in your car during the show, but it’s more fun to sit in lawn or camping chairs and talk to the other people in the lot during the downtime. Just turn up your radio and enjoy the night air with the hundreds of other moviegoers.

Bring games, frisbee, football, or corn hole. You may be worried about what to do for the 2+ hours before the show, so either bring something to do or spend the time catching up with neighbors and chowing down at the concession stand.

Bring an appetite. Most theaters don’t allow outside food or drink (even the outdoors ones), because most profits come from concessions. The Goochland Drive-In’s concessions have everything from popcorn and sodas to snow cones and the Goochdog.

Be courteous and quiet once the show starts. It’s still a movie, after all.

The world’s first drive-in opened in 1933 in Camden, New Jersey. Drive-ins reached their peak in the 1950s with over 4,000 theaters nationally. Between 1947 and the late 1980s, the Richmond area had as many as eight drive-ins for locals to visit during warm months with family and friends for cheap prices.2

But by the 1980s, drive-ins had significantly declined around the county. Problems like rising property costs, and the inventions of the VCR, HBO, and cable all contributed to the decline in the drive-in across the states. To save money, some theaters used their open lots for flea markets on the weekends, and some theaters even turned to X-rated movies to stay in business.

One Richmond Times-Dispatch writer in 1983 described drive-ins as “towering, monolithic screens, undulating parking lots and promise of anonymity.” In the 1980s these became the “struggling hangers-on” of a dying era when “not even the lure of dark isolation in the back of a station wagon can compete with cable television,” wrote Bill McKelway.

Now less than 360 drive-ins operate across the country, including nine in Virginia, according to the United Drive-In Theatre Owners Association.

Driveins.org site director Randall Kunkell spent nearly 10 years collecting information on drive-ins around a handful of east coast states, spending weekends and holidays from his job with the Alexandria Postal Service traveling the region looking for information on this dying tradition.

“I always had sort of a fascination with drive-ins themselves,” Kunkell said. “This was something that was was going to vanish in a few years…I thought how much of this was around my area that I could document.”

But even with some contemporary challenges (like the inevitable digital transition), these independent theaters are making somewhat of a comeback lately. An average ticket for a multiplex cinema at a corporate theater can cost upwards of $12, with concessions costing roughly $5 – $10 a head for popcorn and a soda. An average ticket at the Goochland Drive-In Theater is only $8 for adults, and $3.50 for kids. 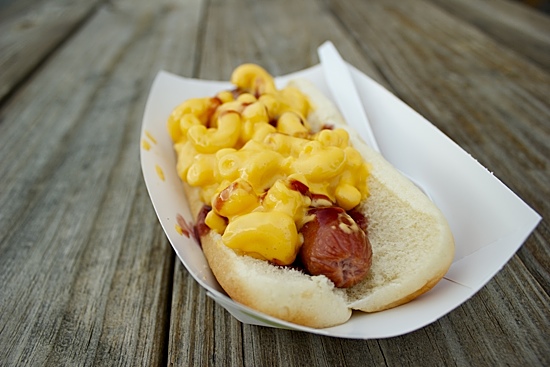 Moviegoers show up around 6:45 PM, snack on typical movie-theater fare at the concessions, play games in their cars or toss a football before the sun goes down and the screen lights up. Nothing at the theater costs more than $3.75 including drinks, a large popcorn, and even the famous Goochdog (hotdog topped with macaroni-n-cheese, so good!).

But choosing to keep prices down for feature attendees isn’t easy for the business owners. The Goochland theater charges less for admission and in concessions, and pays more to have first-run digital movies shown on his 40’ by 80’ screen. Heidel also invested in a top-of-the-line digital projector this year to stay ahead of the 35 mm film phase-out that has put other theaters across the country out of business.

“We’re going to sacrifice (profit margin) for this dream; to make it affordable, make it clean, make it fun.”

Four drive-ins have opened in Virginia since their nationwide decline started: the Park Place Drive-In in Marion; the Goochland Drive-In Theater, the Mayberry Drive-In (which doubles as a diner) in Moneta, and the Keysville Drive-In Theatre.3

Although Kunkell predicts an eventual decline in independent theaters across the country (either from the dreaded digital transition or lack of interest in the market), hopefuls like Heidel are eager to stay positive.