After passing their physical exams with flying colors, the cubs can soon be seen in person. The cheetah cubs at the Metro Richmond Zoo (see below) will be available for public viewing beginning Tuesday at 10:30 AM, according to zoo officials.

Before being moved to their new home within the zoo, workers caught each cub with a net.1 Three workers were then required to hold down each cub for individual physical examinations, where they were also de-wormed and vaccinated. Zoo officials say each cub is healthy and doing well.

Here are the current weights of each cub:

The cubs and their mother, Lana, are now in their new quarters and have adjusted well enough to their new home that the zoo will now make them publicly available tomorrow.

The Metro Richmond Zoo is located at 8300 Beaver Bridge Road in Moseley, Virginia. Individual tickets range between FREE and $15.75.

The Metro Richmond Zoo will suspend the Cheetah Cam on Friday afternoon.

Jim Andelin, owner of the zoo, told the Richmond Times-Dispatch that the five cheetahs will be moved to a different enclosure within the zoo. After the cheetahs acclimate to their new home, the zoo will allow visitors to see the cheetahs in person–perhaps as soon as next week.

The Metro Richmond Zoo recently uploaded a Cheetah Cam to its website allowing Richmond (and the world) to fawn over the cuteness that is the zoo’s cheetah litter (see below).

You can access the cam here. Kiss productivity goodbye.

The Metro Richmond Zoo has five new cheetah cubs. The cubs (three males, two females) were born on October 6th to their mother Lana, a four-year-old first-time mom, and Kitu, a five-year-old first-time dad (see photos below). Both cubs and mom are healthy.

The cheetah birth is only the third litter born in the US this year, and the first ever for the Metro Richmond Zoo. Lana and Kitu were recommended for breeding in the Cheetah Management Plan of the Zoological Association of America, an organization that ensures genetic diversity and health populations among zoo animals.

The Metro Richmond Zoo notes that cheetahs are an endangered species, with their population numbers decreasing to just over 10,000 animals in select African areas. 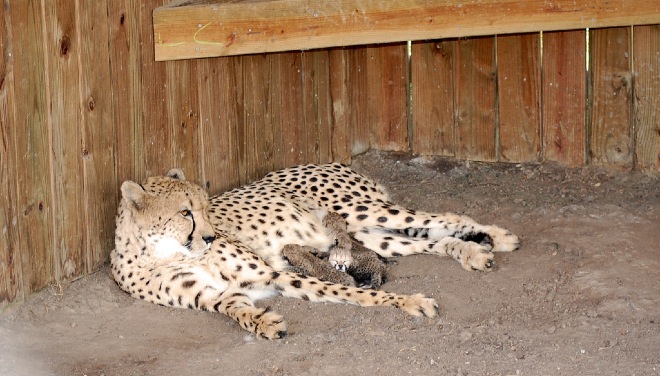 Lana and her one-day-old cubs 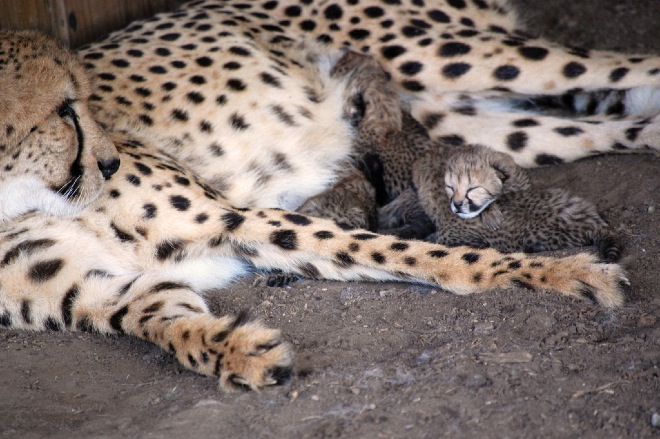 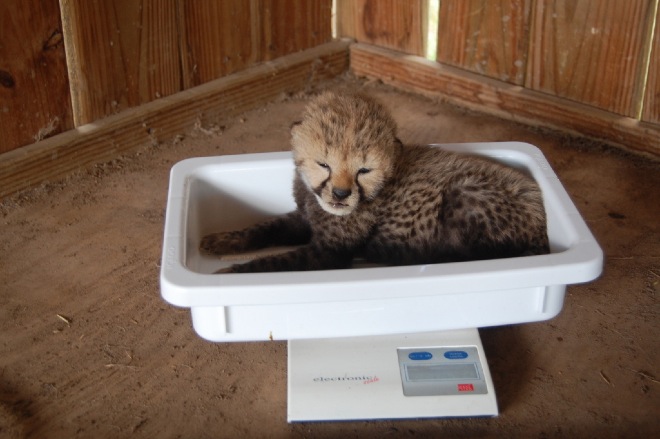 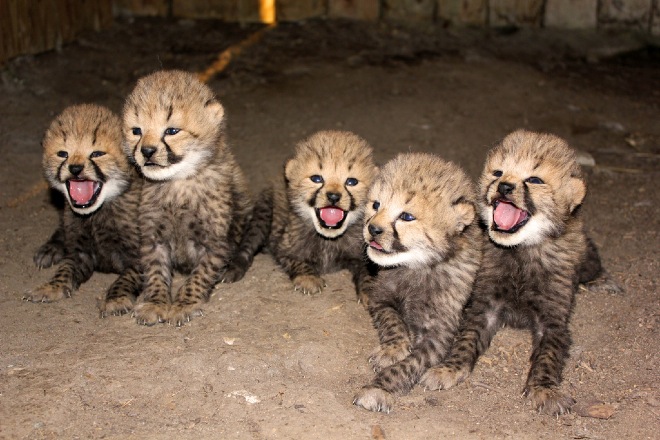