Buyer and Cellar’s star has been born Underground…a Basement??…No…a Street. — My Passion For Design by Barbra Streisand

We all know that super famous people are a bit eccentric. Khloe Kardashian reportedly just had her Range Rover wrapped in black velvet, which…seems practical, right?

Aside from being pretty weird, the rich and famous also tend to have a large amount of disposable income, which they in turn use to buy lots and lots of things: mansions, jewelry, cars, clothes, and collectibles. So, naturally, they need somewhere to store all this stuff.

And Barbra Streisand’s 2010 design book, My Passion for Design, provides an unconventional solution for managing a celebrity’s large inventory. Why not create a walking mall in your basement?

That’s right, Barbra has a street of shops in her basement where she carefully curates her prized belongings.

This “street” serves as the inspiration for writer Jonathan Tolins’s one-man play, Buyer and Cellar.

The premise is this: what if someone was employed in Barbra’s basement mall as a full-time salesperson/shop attendant? What would their job responsibilities be? Would they interact with her?

Those and more questions are hilariously answered in Richmond Triangle Player’s production. Starring the supremely talented Dan Cimo, who plays Alex More, the handsome young gay man who has accepted the position in the basement. 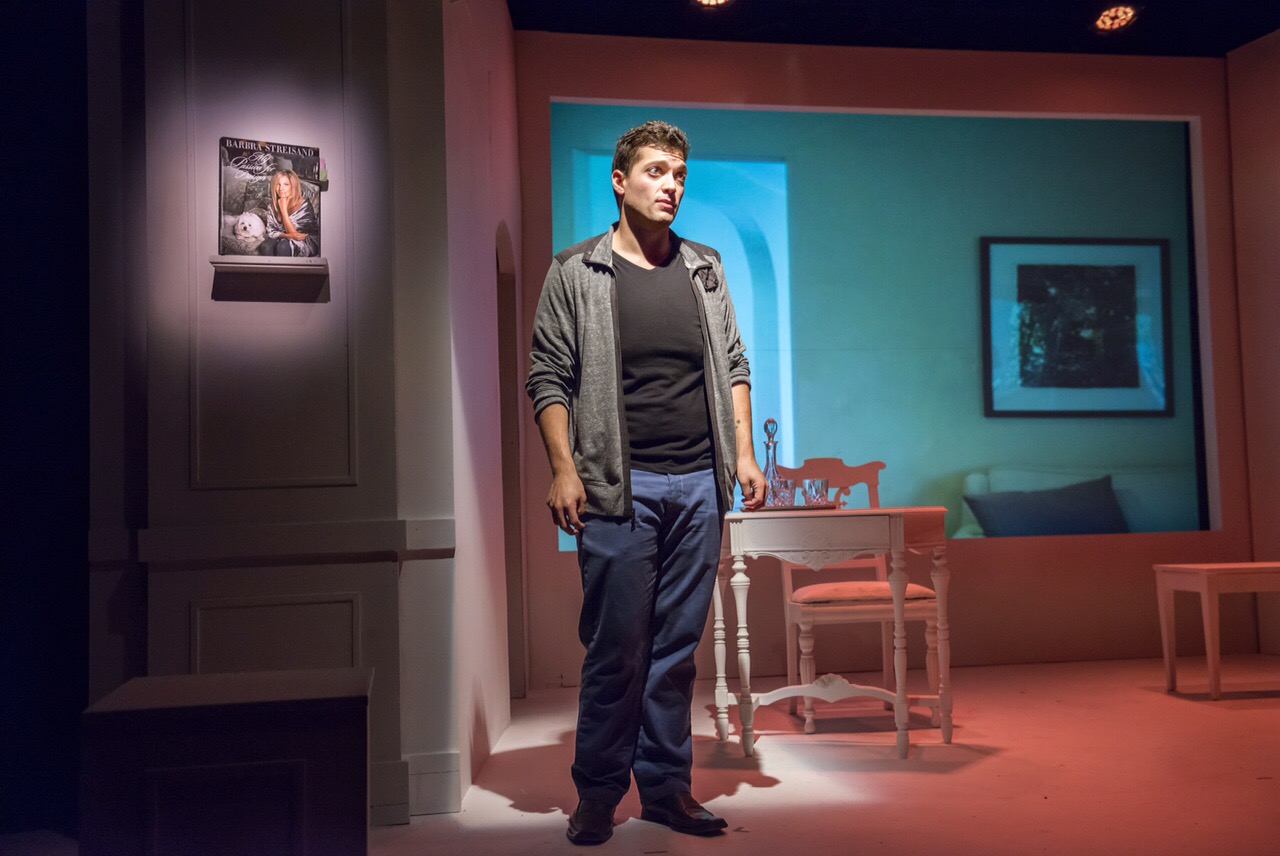 In Tolins’s story, Barbra does come downstairs to visit Alex, and the two form a bond after Alex sells Barbra one of her own dolls. Barbra, pretending to be a “customer” called “Sadie,” heckles with Alex over the price, apparently testing his selling skills.

Playing around six different parts, including Babs herself, Cimo transitions seamlessly between roles. His comedic abilities shine in this role and his impersonation of James Brolin, Barbra’s famous husband, is particularly brilliant.

Playing off the audience’s reactions, Cimo feels like an old friend as he speaks directly to the audience and provides incredible, albeit fictional, insight into the private life of one of America’s most treasured icons.

Dawn A. Westbrook’s brilliant stage direction and Alan Williamson’s phenomenal set and projection design combine to make an on-point production that’s very media heavy, with set changes taking place on a large projection screen at the back of the stage. It’s a lot to manage, and you can tell that there is real synergy within this production team.

Buyer and Cellar is an hour and a half of comedic gold that should not be missed.