Bicycles, coffee, and beer: the next generation of bicycle shop hits Carytown

Not only is May Bike Month, but one local bicycle shop is trying to redefine how we think about riding and even buying our bikes. They even offer beer and coffee! Meet the new bike shop for the 21st Century. Drinking an espresso and buying a bike. Typically mutually exclusive activities? Not in Richmond.

“I really want to create a space where people can hang out,” says Tim Mullins, co-owner of Carytown Bicycle Co. Sitting inside a small room replete with a bar, dart board, and a flat panel TV, you almost feel like you’re inside a corner bar. When Mullins says he wants to create a space that’s “almost like Cheers” where people can come in, “have a beer and talk,” and watch an international cycling race it’s not that far off. The store is trying changing how people think about the term bicycle shop. 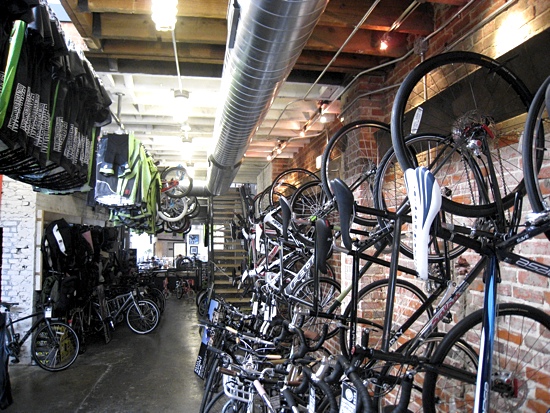 It started about a decade ago in Sarasota, Florida. While there, Mullins visited Bikes On Java, a joint bicycle and coffee shop. “I found myself hanging out and getting coffee.” While there, Mullins (who bikes an average of 200-300 miles per week) would talk bikes, parts, and riding with shop employees and other customers. Bikes On Java succeeded in taking the communal aspects found in an independent coffee shop and neighborhood bar and fusing that with bicycles. The experience provided a direct contrast to what Mullins calls a “more transactional” style of business, one that is entirely concerned with sales and less with relationships. Mullins wanted to bring the feel of community and fellowship to a bike shop in Richmond. The guiding philosophy: “Let’s create an experience.”

He pitched the idea to existing Richmond bike shops, but they were unpersuaded. So, to reify his vision, Mullins spoke with eventual partners John Hessian and Braden Govoni in 2006 to develop the idea. They set their eyes on a space in Carytown. “Everything was at its height,” says Mullins, speaking about the sought-after shopping district’s high property values and scarcity of space back in the summer of 2006. “Carytown was packed.”

They eventually found a location at 3224 W. Cary Street. While sufficient in size to operate a bicycle shop, it wasn’t large enough to facilitate the communal environment that Mullins envisioned. However, one of the biggest lessons that they learned in their first location was about the types of cyclists that would frequent the shop. Most of them were urban commuters and families. Very few were stalwart racers. Beach cruisers, commuter bikes, and children’s bikes were the biggest sellers. “We’re for the person starting out,” says Mullins. They wanted to reach out and further engage with new and young riders. They just needed more space.

When their existing lease was about to expire, 3112 Cary Street, just down the street, became available. It formerly housed Heroes & Ghosts Tattoos, along with several clothing boutiques over the past several years. The inside was covered in sheet rock and featured a drop ceiling. Mullins and his partners wanted to see what they actually had in their new property. “Let’s just strip it down” was the thinking. What they found astonished them. 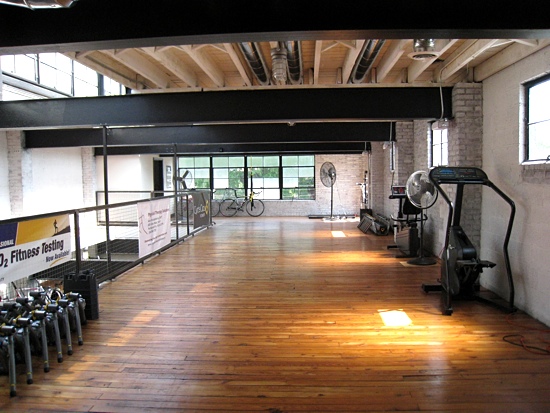 When they stripped away the sheetrock, they found exposed brick and wooden floor boards. They also found a whole second floor that had previously been unused (“The landlord had never been up there,” says Mullins). Also hidden under sheetrock were several large sky lights. Why had these attributes been covered? No one knew. In total, the shop had over 6,000-square-feet of space. Included with that space were found materials that they could put to use.

Large wood planks were removed and installed on the east wall of the first floor to serve as wall-mounted bike racks to display merchandise. A large, nearly 400-lbs. piece of aged metal was removed from the building’s structure and installed inside the lounge area as a wall piece to give the space industrial chic. The second level was given wood flooring and opened up for cycling classes. Another new feature that Mullins mentions is a “full sports science lab” in the building’s rear.

Operated by Central Virginia Endurance, the physiology lab serves as a “cycling performance center.” Machines in the room test and monitor physical performance to assess beginners in a new training regimen. “You can’t manage something unless you measure it,” says Mullins. Not only does he want people to live healthier lives, Mullins wants people of all ages and cycling experience to feel welcomed in the store.

The shop offers regular bike rides specifically for women beginning cycling, and the store plans to offer even more rides for beginners. They’re working with Jakob Helmboldt, the city’s first Bicycle Coordinator, to establish a family bike ride event in Byrd Park. Mullins says that rides are an important aspect of what Carytown Bicycle Co. does. “We sponsor more rides and races than our competitors.” Finding one of their competitors isn’t hard. You just have to look two doors down.

There you will see long-standing Agee’s Bicycles just a few steps away. “I like being next door to them,” says Mullins, who points out that he bought his first bicycle from Agee’s many years ago. He says that the close competition between the two shops is “healthy,” and that contrary to public opinion, the two have no ill-will toward one another. “I’m just going to focus on what we do,” says Mullins. 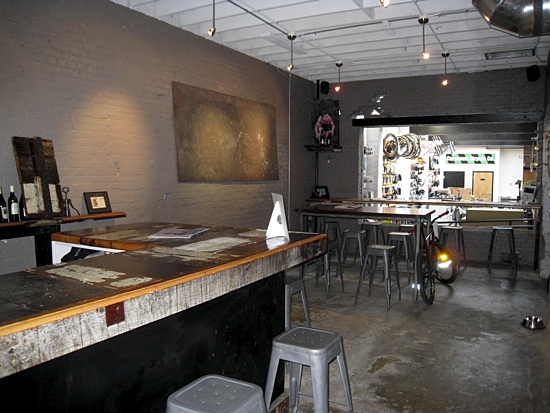 Out back is a mural painted by Ed Trask. At the far left of the mural is a self-service station for riders to perform their own repairs and pump air into deflated tires even when the shop is closed. These and other amenities help make Carytown Bicycling Co. a hub for Richmond’s cyclists, no matter how old or experienced they are. “We’re big on not pushing [customers].” Mullins says that all employees at Carytown Bicycle Co. are cycling enthusiasts. He even encourages them to go for a bike ride during off-peak times in the shop. Just for the sake of biking. This freedom given to employees seems to underscore Carytown Bicycle Co.’s unusual approach to the bike shop.

Mullins is fine with that. “We have the potential to be a real destination.”