Atomic Robo: A comic book without the T&A

Female characters in comic books are often props for gratuitous T&A, but one local comic writer has found success by doing something radical…depicting women as real people. “Every single title, tits are shoved in your face,” said Brian Clevinger, discussing the depiction of women in comic books last week over lunch. “There’s no reason for that.” Clevinger is a Richmond-based writer and co-creator of Atomic Robo, an independently published comic series. Among its promises to readers, it doesn’t peddle comic “cheesecake,” or the emphasis on unrealistically thin, yet incredibly curvaceous women set in unnatural and gaudy poses.

Sadly, it’s one of the few.

Even as a young teenager in the early 1990s, Clevinger recoiled at the abundance of comics that shoved T&A in his face. An issue he vividly remembers is one that featured the X-Men. At one point in the story, a massive explosion bowls over leading male characters, blasting off pieces of their outfits. Farther away from the explosion, a group of female characters–Rogue, Psylocke, Jean Grey–curiously sustained a greater impact from the blast, despite their increased distance. And you know what that meant: “Their clothes are super blasted off,” Clevinger recalled. “Really? This is what you think of me as a reader?”

Stuff like that is far from uncommon. Aside from clothes-removing explosions, females are often depicted with enormous breasts and thin waists. “It’s very much a boy’s club,” he said about the comic industry, and so depictions of both male and female characters “play into male-powered fantasies.” Ultimately, each depiction is androcentric: male superhero physiques show a male body ideal, and female characters are “delivered in a way that’s submissive and attractive to men.” 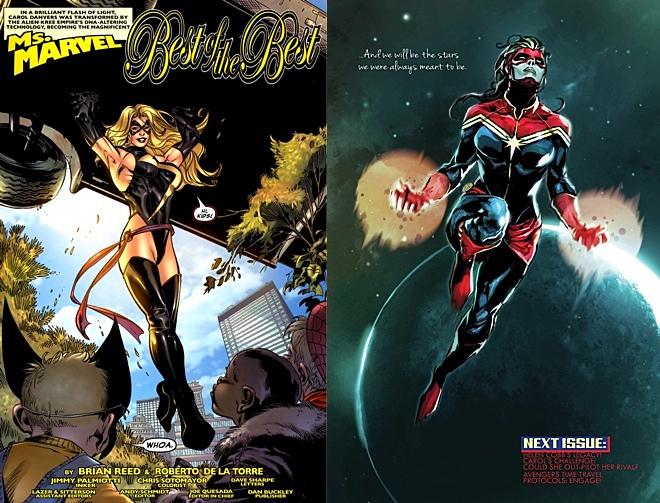 Owner of Velocity Comics at 819 W. Broad Street, as well as a former publisher and VCU adjunct teacher, Patrick Godfrey also laments the prevalence of cheesecake in comics.

“I mean, it’s dreadful. Not just because it’s cheesecake, because it’s all so poorly made,” he said. “But it has existed before I owned a comic shop and will continue to exist long after I’m gone.”

He said that DC Comics typically pushes cheesecake more than Marvel. But the worst offenders are small press publishers “whose entire business model is based around cheesecake, and even more sadly, horribly drawn, misogynistic cheesecake.”

As a teen, Clevinger realized that cheesecake wasn’t just a 1990s comics phenomenon. “It has always been there,” he said. And it still is. Whether its Wonder Woman and other female Justice League members locked in bondage, Mary Jane Watson seductively getting out of bed, or the first page of the first issue of the 2011 Catwoman reboot where readers see Selina Kyle’s breasts before her face. Artists are deliberately “making choices to put these women in these positions….[because] everyone knows it sells,” Clevinger said.

But Clevinger wasn’t buying as a teen. Not long after he began reading comics, he gave them up entirely, repelled by the industry’s reliance on cheesecake.

Clevinger remained uninterested in comics until 2000 when, while in a bookstore, he discovered The Authority by Warren Ellis. Although a superhero book replete with action, the writer treated characters in a more serious, sympathetic way. “Clearly, the art form had come along” since Clevinger’s teen years.

Around that time, Clevinger was in college at the University of Florida. He enrolled in a History of Comics course. For his final project, he had to create a 25-page comic. But there was just one problem. “I cannot draw at all,” he said.

He’d always been more of a writer, having taken classes in journalism, English literature, and philosophy while in college. To compensate for his lack of drawing abilities, he took images from a Final Fantasy video game, using Photoshop to add dialogue balloons. “I made it funny to keep me interested,” he said.

Created digitally, Clevinger wanted to email it to his professor. But his professor was notorious for not checking his inbox. So Clevinger instead put his comic online for the professor to read. Soon other people began finding it. Before long, the site averaged 1,000 page views daily. His comic 8-Bit Theater was born.

Clevinger decided: “I’m quitting college and doing this full time,” which he did in 2001. The following year he began handling merchandise and advertising on the site to earn more money. Ultimately, he created 1,225 episodes of 8-Bit Theater through 2010, earning a 2002 Web Cartoonists’ Choice Award in the process.

In 2006 he got the idea for a science adventure series called Atomic Robo. In the story, a 1923 Nikola Tesla creates the eponymous main character that must deal with supernatural emergencies, including those caused by villain Baron Heinrich Von Helsingard, a Nazi scientist.1

But Clevinger again encountered the same problem he had in college: he can’t draw. So he asked roughly six artists to work with him, each of whom declined, claiming they were too busy or that it wasn’t the right project for them. But one artist said yes: Scott Wegener.

In 2007, the two created six issues published by Red 5 Comics, later collected in a volume titled Atomic Robo and the Fightin’ Scientists of Tesladyne, which was later nominated for “Best Limited Series” at the 2008 Eisner Awards. The two decided to continue the series and have since created spin off series Real Science Adventures and Savage Sword of Dr. Dinosaur.2

“We love comics, but we don’t like the industry,” Clevinger said, speaking on behalf of Wegener. What the industry often focuses on is angst-ridden characters, vacuous filler stories, and, of course, ample slices of cheesecake. “Atomic Robo was our attempt to solve all those problems.”

Clevinger said that female characters in his comics, like The Sparrow, a covert British spy, are represented as, you know, actual human beings. “We don’t consider Atomic Robo to be a feminist book,” he said. Female characters are just given the same treatment that their male cohorts get.

And have they lived up to their promise?

“Atomic Robo‘s mouth has definitely written a check its butt can cash– they score a resounding A+ on their ‘no cheesecake’ mission,” Godfrey said. He added Atomic Robo‘s audience is small, but grows steadily. Last February, volume seven of Atomic Robo ranked #41 among the Top 300 graphic novels, as reported by the website icV2. Monthly serials of the comic often rank in, or close to, the Top 300 as well.

Clevinger and Wegener also recently launched a Kickstarter to raise money for a companion comic, Tesladyne Field Guide. Within hours the creators surpassed their $7,500 goal, and have earned over $50,000 with still 25 days to go.

And while Clevinger said he won’t rule out working with big name publishers like Marvel in the future, Atomic Robo isn’t a stepping stone for he or Wegener to get the attention of big publishers. “We wanted to see something on the shelves that we wanted to read,” he said. They’ve created that with Atomic Robo.