What’s up with this mysterious organization, why did they give $25,000 to a VCU art professor, and how’s a 16th Century automaton involved? She doesn’t know who nominated her or who decided she deserved the award. Elizabeth King only knows she now has $25,000 as one of this year’s Anonymous Was A Woman grant recipients.

“Money being given anonymously is really rare,” said King, professor of Sculpture at VCU, about the world of art-related grants. “It’s really interesting, the whole concept of the award.”

Started in 1996, Anonymous Was A Woman (AWAW)1 each year provides 10 female artists over the age of 40 with a “no strings” $25,000 grant to “continue to grow and pursue their work”, says the AWAW website.

“The award was started…by a group of unnamed people who responded at that time to the cutting off of awards to individual artists by the National Endowment for the Arts (NEA),” King explained. “I remember that moment. I remember feeling badly, because an individual artist grant from the NEA was one of a few grants artists could apply for at large. And it was really crushing to a lot of people to look at that disappear.”

Over 190 women to date have received the enigmatic award. Each year, unidentified art historians, curators, writers, and previous award winners nominate candidates for grants. “I learned in March [2014] that I had been nominated to apply for the award,” King said. “And I don’t know how many people are nominated. I don’t know who nominated me.” Nominees then submit a portfolio along with written responses to five questions. “The application was one of the toughest applications I’ve ever made,” King said. “I really had a lot of insights into my own process just from having to put it into intelligent and very brief language.”

An unknown jury later winnows candidates to 10. King received notice that she’d earned the grant in mid-June, describing it as “terrifying and magical.” 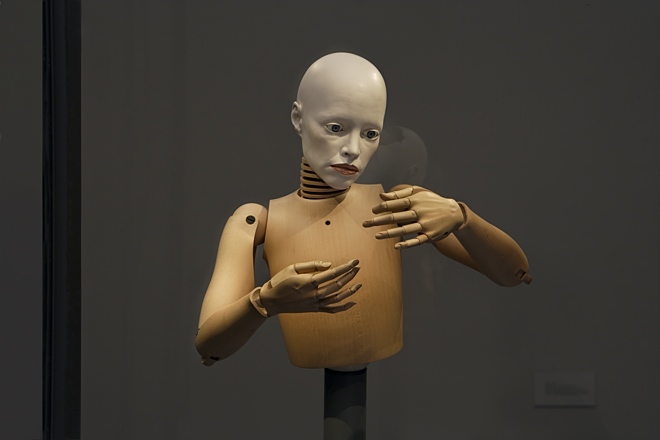 “It’s terrifying because I hope I can deliver on the promise of this award and the confidence in my work people must have had to include me,” she said. “It’s also terrifying to be in the company” of past winners “because I’m not used to considering myself in the company of some of the fine, just superb women who have gotten this award.”

“And it’s magical because it comes to me at such a needed moment,” she said. “It almost feels like its bestowed by a genie.”

She’ll use the grant money to take an unpaid semester off to complete a solo show of her work spanning 30 years at Danese/Corey Gallery in New York.

King is a long-form sculptor. “I’m more like a novelist than a short story writer,” she said. “What I undertake requires more time than is typical for the production of a single work of art. It might take me several years to finish a major sculpture.”

Much of that work involves jointed sculptures and subsequent video animations of them.

Here’s an excerpt from her piece What Happened:

Although sculpture, historically, depicts the human body in fixed position, “it isn’t enough to produce a representation of the body that doesn’t move,” King said. Movement and stasis create interesting, sometimes competing modes. “The more jointed the piece, the more mechanical and robotic the piece was. The less jointed it was, the more poetic the sculpture could be.”

King sees that artistic conflict as representing how people look at themselves. “We can’t seem to see ourselves as both a thing and a being,” she said. “Blood and guts one minute; dreams and memories the next. We often have trouble seeing all that at once.”

King will also use her semester off from school to complete a book on a 16th Century automaton.

The automaton is a “possible portrait of an event that happened in 1562 that later led to the sainting of a Spanish Franciscan monk who was attributed to the miraculous cure of the heir prince,” King explained.

King Philip II was one of the most powerful people in the world in 1562. But he was powerless when his 17-year-old son and heir, Don Carlos, fell down a staircase and sustained a massive head injury. His head swelled and he soon went blind, slipped into a coma, and lay on his death bed.

As legend goes, Philip II asked God to miraculously heal his son. In exchange, Philip II would perform a miracle for God.

Some accounts say that local Franciscan monks unearthed the corpse of Diego of Alcala,2 who died 100 years prior, and placed it in bed with Don Carlos. The prince awakened from his coma the following morning.

Honoring his agreement, Philip II asked a clockmaker to build a mechanical sculpture of Diego to honor God healing his son. That 11” automaton made of wood and iron still works today despite being roughly 450 years old.3

“My part of the book is the search of the credibility of the story,” King said about the monograph she’s writing about the automaton with Smithsonian Conservator of Timekeeping, David Todd.4

The AWAW grant will afford King the time and money she needs to complete both the book and her gallery show encompassing 30 years of work. She’d thank the people who’ve given her this opportunity…if she only knew who they were. 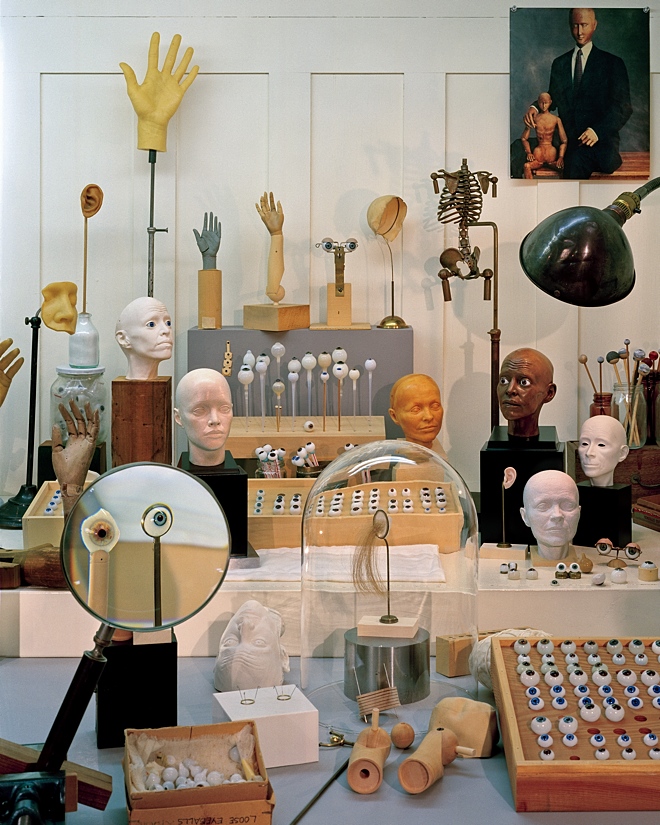