A father, a dancer, a prince: Richmond Ballet’s Phillip Skaggs and Studio 3

With two kids at home and a work schedule that won’t quit, Phil Skaggs has to stay on his toes. And you can bet he uses THAT joke a lot. Professional ballet dancers with two small children isn’t an unheard-of concept, but it is rare. In an industry where the average retiree has nary a gray hair upon his or her head, the old work-life balance issue doesn’t often come into play.

There’s another reason, too, of course. Parenting and professional dancing aren’t set up to mix well–arduous physical labor, long hours, and frequent injuries abound, and that’s just on the parenting side!

I jest, sort of. And only because Phillip Skaggs, member of Richmond Ballet’s company since 1999, has a great sense of humor about it all. He and his wife, Katie, (a.k.a. Katherine Lynch, former company member herself) have two very young boys at the two most energy-sucking stages of childhood: toddler and newborn. “Sometimes it seems like I have the two hardest jobs in the world–being a dad and being a ballet dancer,” says Phil. “And they do kind of go hand in hand. Being in the ballet sometimes feels like you’re organizing chaos. There are set steps but it’s not until you get on the stage with your partner that you’re trying to bring something beautiful out of all this wildness. Just like being a dad, no matter how much you organize and plan, you still sometimes get elbowed in the face.”

He wasn’t kidding, there. He really did get clocked in the face during rehearsal recently by a beautiful, graceful company member who shall remain nameless. 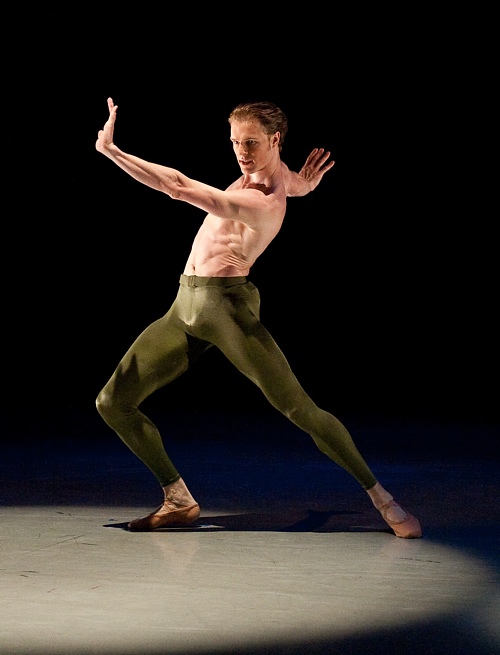 But the family makes it work. Katie now works as a nurse, frequently on night shifts, but her in-depth knowledge of the ballet world keeps her empathetic about Phil’s divided time. Likewise, the folks at the Ballet have been working on making it easy for them. Sick kids are sick kids, and sick kids often cause sick parents. I know this because my own toddler coughed repeatedly into my face yesterday, and today I’m coughing right back into his. It’s the circle of life/germs, and it doesn’t skip you, no matter how beautifully you dance.

Like many of the male dancers I’ve spoken with, Phil didn’t set out to become a dancer. His Kentucky upbringing was more sports-oriented. “But I’ve always been the kind of person who’s like, ‘That looks like fun, I’ll go do that,'” which led him to try a modern dance class. “It seemed less scary than ballet, which was so regimented. Oh, you mean I can just roll on the floor? Sounds great.”

His middle school chorus teacher, Miss Stone, was the first person to tell him that he could be more than he was, and with her encouragement, he found himself in a magnet school that included performing arts. It was there that another forward-thinking teacher, Miss Aswad, pushed Phil further, ultimately getting him to try ballet. “She told me I was going to take an audition with the Nutmeg Conservatory in Connecticut, and I said I wasn’t. I came up with every excuse possible.” Phil worried about money, commitment, and his own skill level, and asked his teacher why she wanted him to go so badly. “She said, ‘You never know what’s going to change your life.'”

Phil still wasn’t always 100% into the idea, even after a year spent in intense training. “There were days when I’d look in the mirror and see myself in ballet clothes and think ‘You look kind of silly, but this is fun.’ And one day I looked in the mirror and saw a prince.”

And that was it. Shortly thereafter, Phil arrived in Richmond to start his career with Richmond Ballet, where he would meet Katie almost instantly. (“I knew he was trouble from the minute I saw him,” she says, and I instantly disbelieve her, because are probably two of the nicest people I have ever met.)

Phi’s particularly excited about Cong’s premier: “His piece is epic, the music is epic, the choreography is epic. Out of all of the ballets I’ve done over the years, it ranks up there as one of the physically hardest pieces I’ve done. A lot of lifting, and even as an experienced dancer with an experienced partner, it pushes the envelope.” 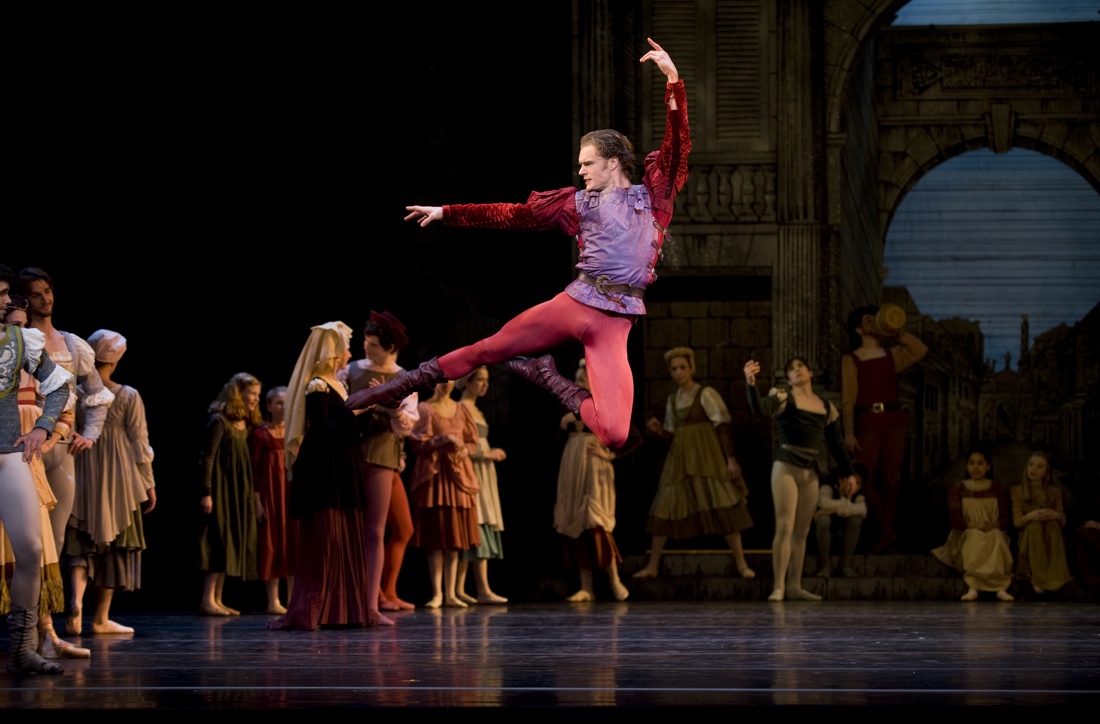