Courtesy of the Coalition Theater crew and a great sampler for those just dipping their toes in the comedy pool, this festival will educate you, entertain you, and…some other e-word. This weekend is Coalition Theater’s first go at a festival, and it’ll do our city good to have a bunch of out-of-state comedians visit. Listen, even if they end up using their experience as a big joke (“I drove all over town at 4:30 PM and was never able to turn left once!” “Is Arthur Ashe going to wallop those kids?” “TOO MANY DOUGHNUTS.”), it’ll still increase our profile. Plus: free doughnut advertising.

The Coalition’s been performing together for six years, during which they’ve frequented other people’s festivals all over the continent–Toronto, New York, Austin, Charleston, New Orleans, and Chapel Hill, to name a few locations.

“Every time we go to these places, we always get into this discussion about things we like and what we’d do,” says Matt Newman, one of the Coalition’s founders. “But then when we opened this space two years ago, it became much more possible to put on our own festival.”

The Coalition Theater, at 8 W. Broad Street, has given the group a home, with much more freedom to experiment, invite, host regular classes, and plan more efficiently. And, it sure makes it a helluva lot easier to put the 2nd Best Comedy Fest together. Newman is a little nervous about the event planning aspect, as that’s really the only unknown factor. With the exception of only one or two, every single group or individual they asked to participate in the festival (each will both perform and host a class) gave an enthusiastic “yes.” So the success of the actual programming is in the bag.

“We wound up having great connections to people due to going to all the festivals and seeing them perform in their own cities, so when we started reaching out to people, we just made a list,” says Newman. He and his colleagues–Katie Holcomb and David Pijor–reached out to Theatre 99 in Charleston and asked them for advice.

“Keep it small,” they said, in a nutshell. The fewer venues you have to deal with, the better, at least on your first try. So the 2nd Best Comedy Fest will put every one of the scheduled performances and workshops in their own space. That way, they’ve got control over the setting and minimize the number of surprise challenges that crop up. It’s six different shows and six different workshops, ranging from a one-man sketch show by Mike Spara called Conversations with Body Language to an improvised hip-hop opera by North Coast, who will also be leading a workshop on honing your freestyle rap skills. 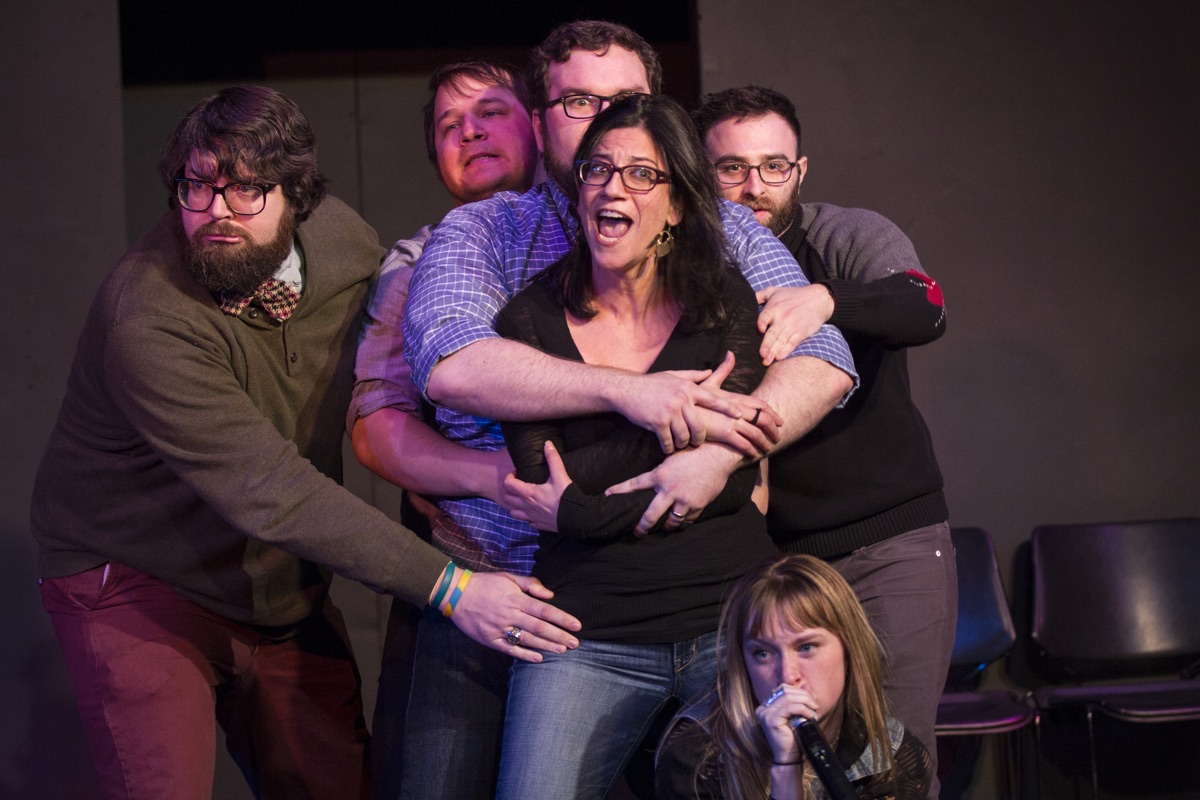 Student teams and other teams that graduated from Coalition’s mothering arms will also be performing, and Newman also hopes that anyone who’s been interested in comedy but wasn’t sure where to start will see these sets as a testament that they are welcome to come learn.

“Improv can be very therapeutic. One of our performers said that your real life problems become your improv problems, like you can’t commit emotionally or you have trouble trusting people,” Newman jokes, but assures me that’s often true. “Look peopel in the eye, wait until they’re finished talking, react honestly to them, be emotionally available and vulnerable to people–these things will make you a good improviser, but they’ll also make you a good person. We learn to approach people with enthusiasm, to reserve judgement, to be positive to people when they seem to have done something weird because you never know what that will lead to.”

See the 2nd Best Comedy Fest’s site for show schedule and ticket purchasing options. Each show or workshop is $10, it all begins Thursday, June 18th, and there will be delicious beers for sale as well.