I’d like everyone in Richmond to see 12 Years A Slave, not just because it’s an amazing film and story, but because it’s also something we all need to see. I think that Richmond is an amazing city. I love it while being fully aware that it has a pretty fucked up history.

I have never felt that more strongly than while watching the new film 12 Years a Slave from director Steve McQueen. The movie tells the true story of a black man named Solomon Northup (played by the amazing Chiwetel Ejiofor), born free and living in Saratoga Springs, NY. Northup was well-respected in his community, living a middle-class life as a musician with a wife and two children. In 1841, he was lured south by two kidnappers who promised him a lucrative performing gig in Washington D.C. They abducted Northup and sold him into slavery, where he spent the next 12 years of his life. 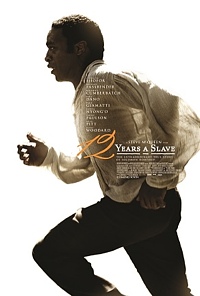 While it doesn’t expressly mention the location in the film, Northup was sold into slavery right here in Richmond. In an article from the Times Dispatch, historian David Fiske speculates that he was likely held at the slave pen of William Goodwin, located in Shockoe Bottom. From there he was sent south where he labored on plantations and endured suffering on a level that’s difficult to comprehend.

That difficulty, I think, is one of the greatest strengths of the movie. It brings the horror and suffering of the enslaved into stunning clarity in a way that’s never been done before. And when things get brutal, the camera doesn’t pan away. It’s one thing to read about the evils of slavery in a book, but to see the brutal, sadistic nature of plantation owner Edwin Epps (Michael Fassbender) come to life on the screen is another thing entirely. While the movie has many strong villains (a heartless slave trader played by Paul Giamatti and a cruel overseer played by Paul Dano stand out in particular), what struck me is that even the more benevolent characters are still stained by their participation in the slave trade. There are no shades of grey in this film, and I think that’s what stuck with me the most. As someone who writes about the Civil War and Richmond, I know I’ve been guilty of celebrating men like Gen. Robert E. Lee and J.E.B. Stuart for their achievements in battle, but it’s important to remember that they were on the wrong side of history. Regardless of their personal beliefs, they chose to fight to preserve a way of life that included enslaving other people–and that’s wrong.

I’d like everyone in Richmond to see 12 Years A Slave, not just because it’s an amazing film and story, but because it’s also something we all need to see. In the same way that Schindler’s List brought the Holocaust to life on screen, this film helps to visualize what really happened here in (quite literally) our own backyards not that long ago. The echoes of slavery are still with us today–even in the past week, where our city can’t seem to get a proper slavery museum or memorial without tying it to a controversial baseball stadium. We see echoes of slavery every time we see people waving Confederate flags on the local news. These echoes are the reason it’s important for us to see 12 Years A Slave, so we have a better understanding of what happened here in our city.