Richmond Marathon brings a father and daughter together

Over 16,000 people have registered to run in the Richmond Marathon. One of those will be flying in from Rhode Island to not only race but to help her father celebrate his 90th birthday. If you thought the Marathon was just a bunch of people running, you thought wrong—there’s way more to it than that.

When I tell Laura Nottie about the weather forecast for this weekend’s Richmond Marathon–how it will be nice: not too warm, but not too chilly–she laughs.

In 2008, Laura Nottie participated in the Antarctica Marathon under frigid conditions. Held on King George Island, Laura Nottie, who was then 48 years-old, ran for four hours and 36 minutes. She placed 19th among the 128 who finished the race. “The wind was rough,” says Laura over the telephone recounting the experience. “We had to run on a glacier.”

Now 52, Laura Nottie, has been running marathons for the last 10 years, and the Richmond Marathon will mark her twelfth appearance as a marathoner. However, the reason she is traveling from Cumberland, Rhode Island, where she lives, is not just to run in an event that Runner’s World recommends to national marathoners, but for another reason.

Dicko is Richard Young—Laura’s adoptive father—who turns 90 on Sunday. He lived on the island of St. Thomas after he retired as a military contractor until Hurricane Hugo destroyed his home in 1989. Laura’s brother, Rick, who owns the Halfway House restaurant on Jefferson Davis Highway, visited St. Thomas to help rebuild. After similar destruction from Hurricane Marilyn in 1995, Dicko moved to the Richmond area.

Laura tells me that she has been trying to arrange a meeting with her father in concert with the annual Richmond Marathon “for years” now. With Dicko approaching the onset of his 90th year, Laura told herself that she “couldn’t disappoint him” by not attending this weekend. 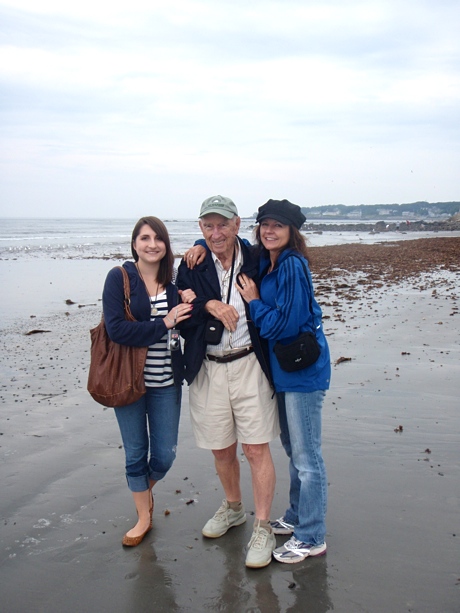 Shortly after turning 40, Laura ran an average of 15 to 20 miles per week. Over a decade later, she averages 40 to 50 miles. Her first marathon, the Ocean State Marathon, led to another, which led to another. “It just kind of snowballed.” She began training harder, longer, and running marathons all across the world. Today at 52, she runs more miles in a week than most Americans likely run in an entire year.

Over the last decade, Laura has seen a change in running: it’s “having a resurgence.” She has an interesting way to gauge this uptick in running’s popularity. In years past, she was able to register for marathons in the days prior to the event. There was no risk for arriving too late when the race had reached capacity. Now races reach capacity so quickly that she must register “months ahead” to be included in most marathons.

She tells me that most marathoners are in their 40’s, with the next largest demographic being those in their 30’s, followed by 20 year-olds. Being in her 50’s, however, means that there is a “lack of competition in my age group.” Despite the uptick in both recreational and contested running, Laura remains one of few quinquagenarians in every marathon that she runs. As racers get older “it doesn’t get easier,” says Laura.

Despite this, Laura eagerly anticipates the Richmond Marathon. “I’m looking forward to downtown Richmond” especially, she says. Her goal is to complete the marathon in under four hours. I ask her how she cultivates and maintains motivation during the multiple-hour long race. “I prefer to think about something that has speed,” such as a downhill skier, an image that can help “push” oneself.

After the race, her family has planned a dinner at the Halfway House restaurant that evening to celebrate Dicko’s own marathon achievement: his 90th birthday.